What We Do: Rehabilitate 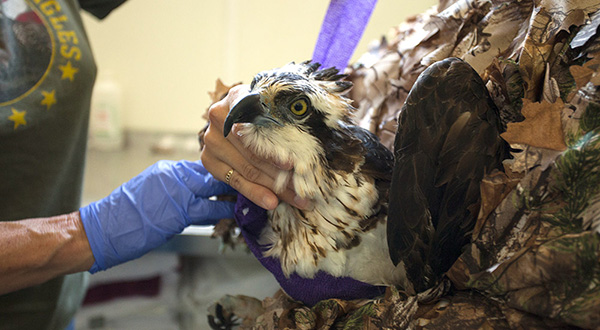 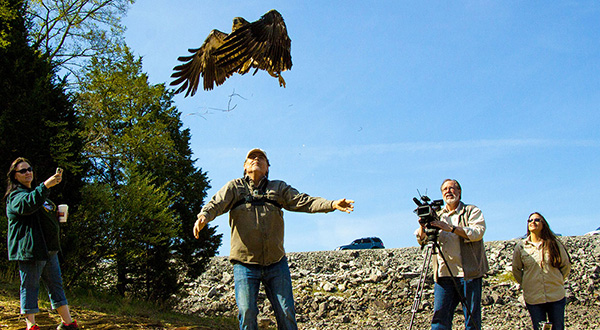 An injured juvenile Eagle is released back into the wild after rehabilitation. 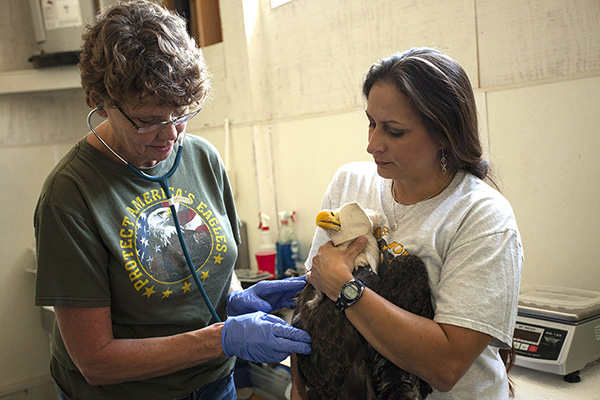 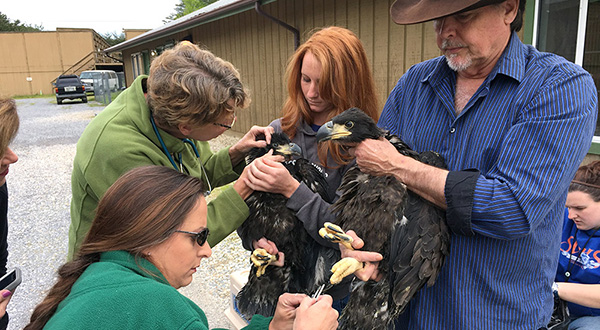 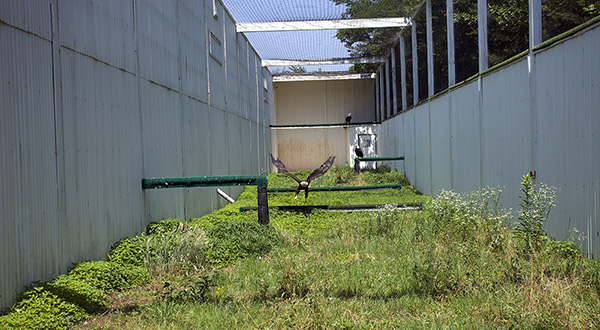 The AEF's "flight run" provides a space for rehabilitated Bald Eagles to regain their strength
and flight capability. 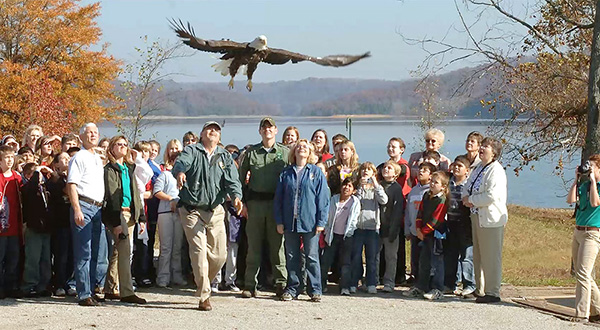 An injured Eagle is released back into the wild after rehabilitation.

The AEF receives anywhere from 10-50 injured or sick raptors annually for rehabilitation.

In addition to the treatment of injured, sick, and orphaned eagles, AEF’s Eagle rehabilitation qualification is an important factor to its successfully daily care of brooding Eagles, their young, and Eagles being hacked for release.

The American Eagle Foundation works closely with Dr. Mike Jones, DVM (who specializes in Raptor Biomedicine and Avian Emergency Medicine and Critical Care) and the UT College of Veterinary Medicine to ensure the health of the AEF’s resident raptors and also to successfully rehabilitate injured wild birds of prey.

UT College of Veterinary Medicine provides vital care birds of prey with life-threatening or vital injuries then transfers them to the AEF for daily care and rehabilitation.

Once an injured raptor completes its rehabilitation, it is released back into the wild, ideally close to where it was found. Raptors who have sustained injuries that render them incapable of survival in the wild are given a forever home at the AEF or another raptor facility.

Learn what to do if you find a sick, injured or orphaned raptor?