Laws that Protect the Golden Eagle 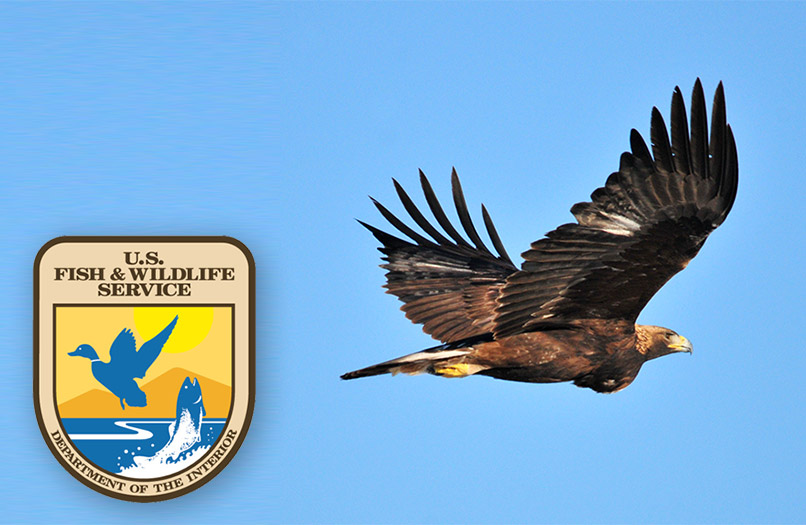 The Golden Eagle is protected by the Bald and Golden Eagle Protection Act and by the Migratory Bird Treaty Act. Photo by USFWS

The 1972 amendments increased civil penalties for violating provisions of the Act to a maximum fine of $5,000 or one year imprisonment with $10,000 or not more than two years in prison for a second conviction.

Felony convictions carry a maximum fine of $250,000 or two years of imprisonment. The fine doubles for an organization.

Rewards are provided for information leading to arrest and conviction for violation of the Act.
[/av_toggle] [av_toggle title=’Migratory Bird Treaty Act’ tags=”] The Migratory Bird Treaty Act is a Federal law that carries out the United States’ commitment to four international conventions with Canada, Japan, Mexico and Russia. Those conventions protect birds that migrate across international borders.

The “take” (killing) of all migratory birds, including eagles, is governed by the Migratory Birds Treaty Act’s regulations. The Migratory Bird Treaty Act (MBTA) prohibits the taking, killing, possession, transportation, and importation of migratory birds, their eggs, parts, and nests except as authorized under a valid permit (50 CFR 21.11). Additionally, the MBTA authorizes and directs the Secretary of the Interior to determine if, and by what means, the take of migratory birds should be allowed and to adopt suitable regulations permitting and governing take (for example, hunting seasons for ducks and geese).

The MBTA and its implementing regulations provide authority for the conservation of bald eagles and protect against take if the Endangered Species Act protections are removed.