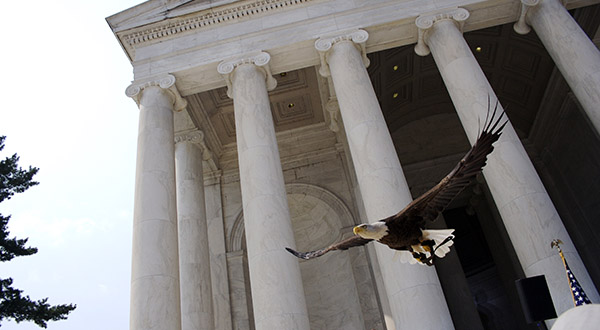 Challenger soars at the Jefferson Memorial during the ESA delisting of the Bald Eagle. 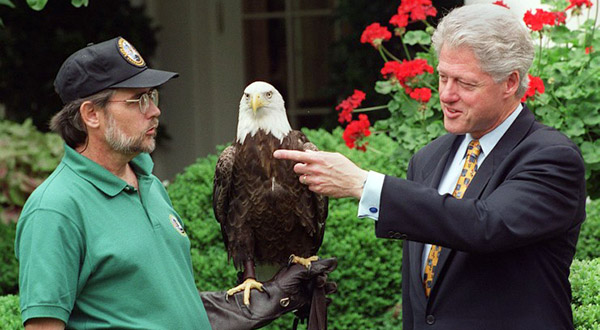 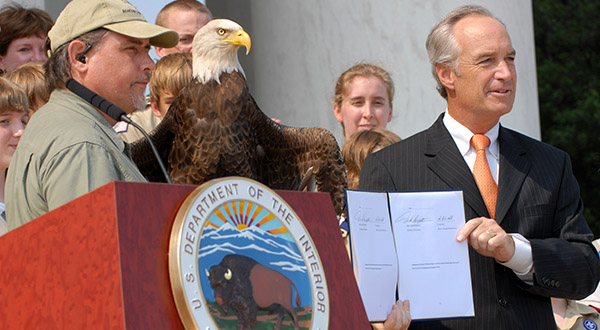 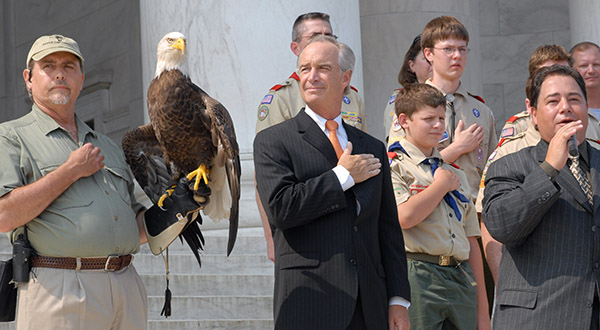 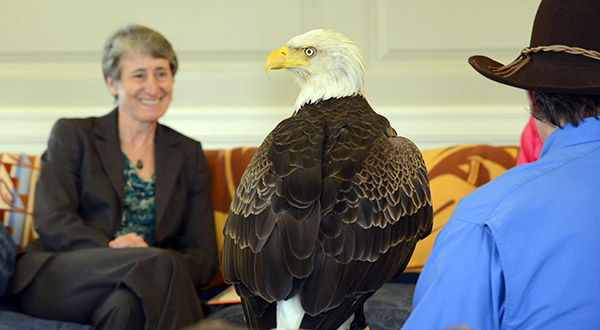 The American Eagle Foundation has visited Capitol Hill on numerous occasions to promote the protection and celebration of the Bald Eagle. Challenger has mingled with hundreds of Congressmen and Congresswomen, Interior Secretaries, and Presidents to advocate the Bald Eagle Commemorative Coin Act, promote American Eagle Day, and celebrate the delisting of the Bald Eagle from the Endangered Species Act. He has truly won the hearts of influential individuals all across our nation’s capitol.

American Eagle Day (June 20) is a special day to commemorate the anniversary of the Bald Eagle’s selection as our National Symbol—to celebrate its physical recovery to America’s skies  and to observe the American values, ideals and attributes for which it stands.

In 1995, at the request of the American Eagle Foundation, President Bill Clinton and Tennessee Governor Don Sundquist each proclaimed the first American Eagle Day. Since then, Governors from a combined total of 47 states have signed Proclamations or Letters of Recognition giving our National Bird, the Bald Eagle, its own “official day” in their state!

Until American Eagle Day was established, there had never been a “national day” set aside to annually recognize our country’s inspirational national bird and the role that it has played in our lives, past and present. Together, we can make June 20th an annual day to remember and commemorate this majestic and important American symbol.

AEF staff and Challenger the Eagle appear on various national news shows annually. These segments are used to advocate for Bald Eagle protection and recognition. Check out this video of AEF founder Al Cecere discussing Wind Turbines on Fox News.

The AEF contributes towards the protection of Bald Eagles by providing the general public with information regarding the legal and moral expectations of United States citizens to protect the USA’s living symbol of freedom.