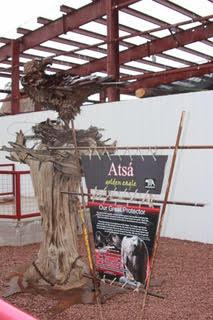 The eagle is our national emblem. It’s present on our United States of America seal and our currency. When Neil Armstrong steered his space craft to land on the Moon’s surface in July 1969, he told the waiting world in a crackled voice, “The Eagle has landed.” Guitarist Steve Miller wants to “Fly like an eagle, let my spirit carry me. I want to fly like an eagle. ‘Til I’m free.”

Eagles are icons of strength and liberty. That liberty is fully expressed when the birds are reverently used in the exercise of one’s freedom of consciousness—the practice of religion—by Native Americans. The bird’s importance to Native cultures cannot be understated. The U.S. Fish and Wildlife Service’s (Service) Southwest Region, where I have purview, strives to ensure that Native Americans have adequate access to culturally important birds.

Bald eagles and golden eagles are protected by law through the Migratory Bird Treaty Act and the Bald and Golden Eagle Protection Act. These federal laws prohibit the killing or the possession of live birds or parts of the birds, including feathers. On the face of it, science and law and sacred practices might seem at odds.

However, they are not.

Currently there are seven tribal eagle aviaries in the U.S., six of which are in the Southwest.

Through a rigorous permitting process, the Southwest Region’s Division of Migratory Birds has partnered with Native American tribes to establish aviaries expressly for cultural needs. Funding for all facilities comes from private sources, tribal entities and from Tribal Wildlife Grants through the Service’s Wildlife and Sport Fish Restoration Program.

Currently there are seven tribal eagle aviaries in the U.S., six of which are here in the Southwest Region. These aviaries allow federally-recognized tribes the ability to possess for religious and ceremonial use, live non-releasable eagles. Eagles housed in the aviaries are birds rescued from the wild because of illness or injury and treated by professional wildlife rehabilitators, but the nature or severity of injuries prevent the birds from being returned to the wild. These eagles are then respectfully cared for, spending the remainder of their lives at the aviary, which could be up to 40 years. Through the permitted aviary, Native Americans have an assured source of eagle feathers through natural molting for cultural and religious needs.

The Pueblo of Zuni in western New Mexico was the first Native American tribe to establish an eagle aviary. The Pueblo consulted the Service in 1996 on how its tribal members could obtain eagle feathers and parts for traditional religious use, as had been done since time immemorial. From those meetings the kernel was planted for a tribal aviary. It opened its doors in 1999, and brought in non-releasable eagles whose feathers remain readily available to tribal members. The nearby Pueblo of Jemez soon followed suit with its own live-bird facility. Were these early aviaries not available, the birds now living there would probably have been euthanized. The Zuni aviary is home to 19 golden eagles and 13 bald eagles. Four golden eagles live in Jemez Pueblo aviary.

In 2006, the Iowa Nation opened its Grey Snow Eagle House, an aviary in Perkins, Oklahoma. The aviary serves the Native people in their religious needs, and functions in other capacities as well. Aviary staff members perform scientific research and conduct educational programs related to their indigenous culture; they rehabilitate and release injured birds as well: 20 such eagles in the last 10 years have been returned to the wild.

The Comanche Nation of Oklahoma received its eagle aviary permit in 2009, and currently houses six bald eagles and 25 golden eagles. Additionally, the same individuals operating the aviary also established Comanche Nation Sia in 2010, a repository of feathers from migratory birds other than eagles, but feathers essential in Native customs all the same. “Sia” is their indigenous word for “feather,” and thus far the facility has distributed feathers to 44 Indian tribes in the United States.

Citizen Potawatomi Nation, centered at Shawnee, Oklahoma, opened its eagle aviary in 2012. It presently houses one golden eagle and 13 bald eagles. Another bald eagle called the aviary home until its injured wing surprisingly healed. Although eagles that enter the Tribal Eagle Aviary program are non-releasable, with special permission from the Service, this bird affectionately named “Wadase” was released into the wild after healing from her injuries. She was outfitted with a GPS telemetry transmitter and released in 2013. This juvenile bald eagle continues to provide valuable data on habitat use and behavior patterns, such as soaring nearly two miles above sea level over Oklahoma. The bird may mate soon, and as long as the GPS device mounted on her back functions well, it could reveal significant data on breeding and nesting habitats.

The Navajo Nation was the most recent to open an eagle aviary in the Southwest, in July 2016, at Window Rock, Arizona. It’s the largest aviary of its type in the United States, and will serve the religious needs of a large Native American community. The aviary presently harbors seven golden eagles.

This recent blossoming of eagle aviaries in the Southwest has its obvious benefits to birds that might otherwise have been destroyed. Distributed feathers serve ceremonial and religious needs that have existed since time immemorial. Other intangible aspects of these facilities are not easily measured, yet are so very important: cultural revitalization; engagement of the Native community in ceremonial traditions; and the resurrection of indigenous language. Traditional ecological knowledge bridges conservation. Our resulting conservation partnerships—the Service working with Indian tribes in caring for the natural resources for the benefit of the American people—are moved further along.
We as people have a passion for our monuments. Some come in cathedrals made of gray granite; others soar in the blue sky on rising thermals. Many believe that eagles are monuments of flesh and feather, the sinews to the spirit world, as I understand. Poet Tennyson wrote this lyric of the bird: “He clasps the crag with crooked hands; Close to the sun in lonely lands, ringed with the azure world, he stands. The wrinkled sea beneath him crawls; He watches from his mountain walls, and like a thunderbolt he falls.”

Reverence for the golden eagle and bald eagle reveal our human passions. These majestic bird species live in our lexicon through verse, song and in symbol. Aviaries in the Service’s Southwest Region reflect the essence of this age, where Native Americans seek to keep what is theirs—their languages, rites and customs. Our support for tribal eagle aviaries allows us to be part of the tradition of care and love of eagles, which ultimately is reflective of that human passion, impervious to derisive intrusion and time-transcendent. 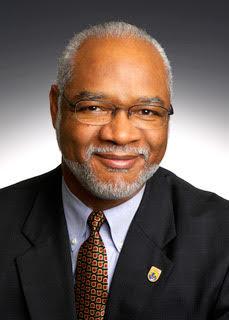 Reprinted with permission from The Outdoor Wire
[/av_textblock]