Each year, Bill and Tani Austin of the Starkey Foundation, hold a gala in St. Paul Minnesota to raise money for their hearing foundation. Tables are “purchased” at different prices by individuals, groups, or companies. In addition, both a silent auction and a live auction are held, raising additional funds, which are used by Starkey to fund their mission.

2015 marked the 15th anniversary of the Starkey Hearing Foundation’s “So the World May Hear” Awards Gala, which was held on Sunday, July 26, 2015 at Saint Paul RiverCentre. This Awards Gala is considered Minnesota’s largest fundraising event, and donations are used to provide thousands of free hearing aids to children and adults, and support hearing health programs and initiatives nationwide and around the world. Humanitarians, athletes, and celebrities were present to raise funds to give the gift of hearing. This year, Starkey Hearing Foundation honored George W. Bush, and pop star Katy Perry headlined the performances. Former president Bill Clinton was also among those in attendance. 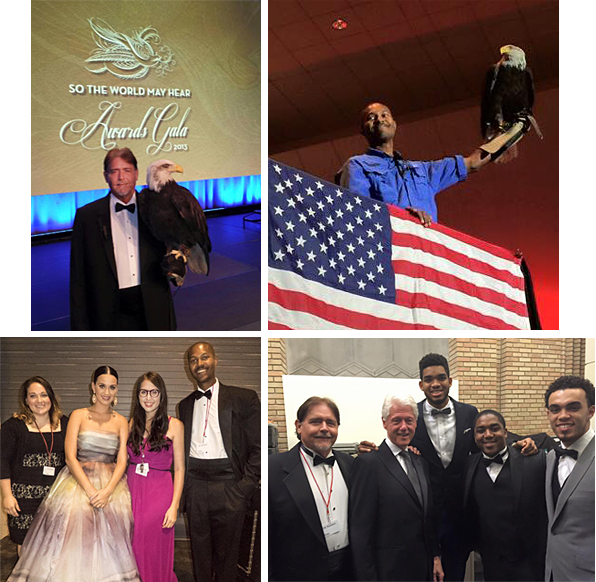 Al Cecere & Mr. Lincoln on stage at the Starkey Gala