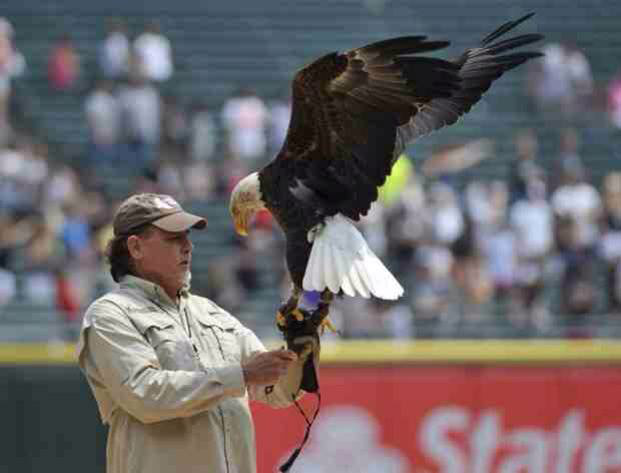 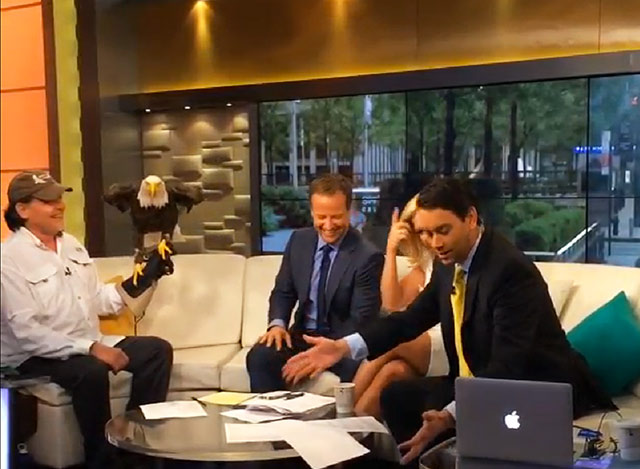 In New York, on Sunday morning, May 25, Al and Challenger once again appeared on Fox & Friends
for a live interview.

Challenger, an American Bald Eagle, lands on the hand of Al Cecere after soaring over the crowd
at U. S. Cellular Field in Boston during the playing of our National Anthem.