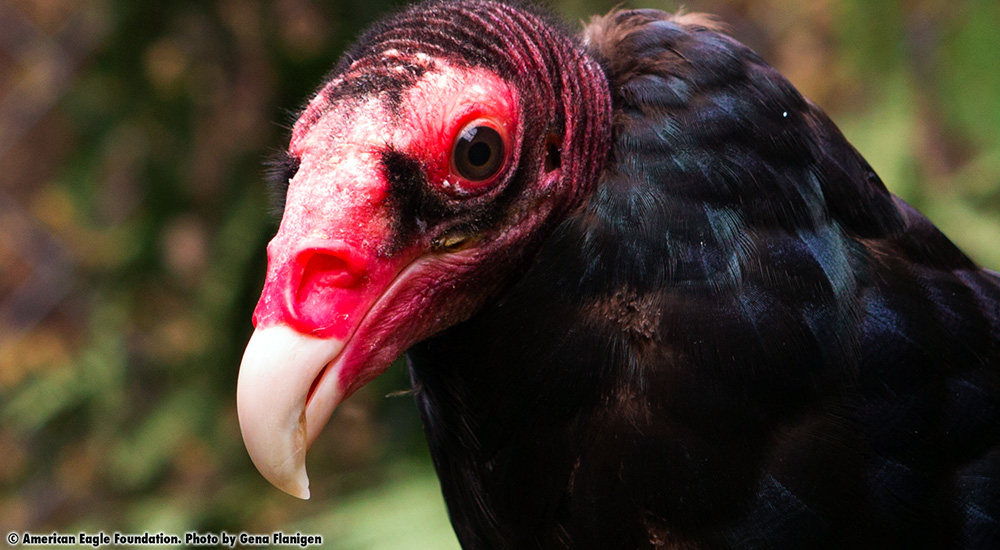 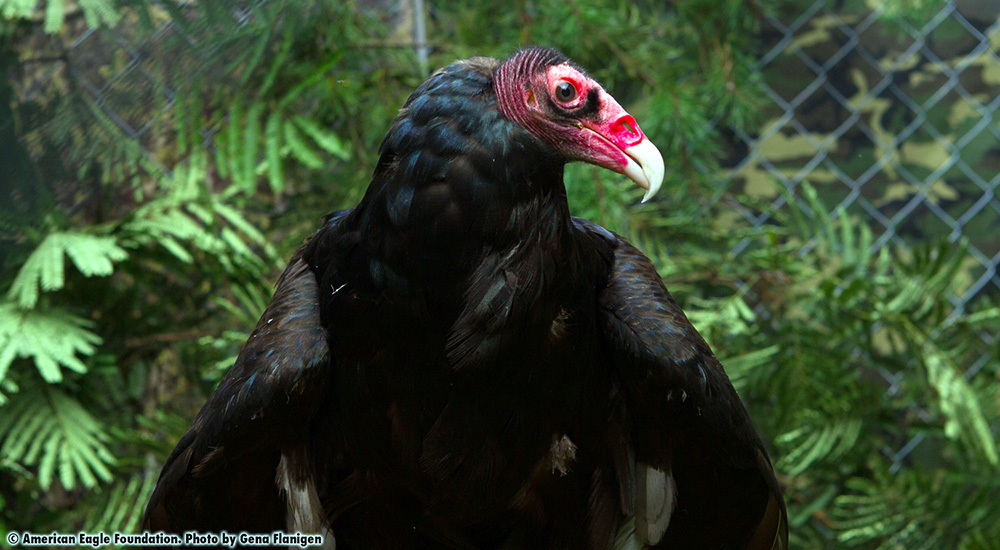 ‘George’ was found in 1985 wandering around after both of his parents had been killed. He was subsequently rescued and taken to the Memphis Zoo. Unfortunately, George imprinted on the humans who cared for him, making it impossible for him to be successfully released into the wild. George now has a permanent home at the American Eagle Foundation. At the impressive age of 32 years, he returned to his former glory to be frequently appearing star in the AEF’s ‘Wings Of America’ birds-of-prey show at Dollywood after several years of primarily residing at AEF headquarters. He enjoys walking around the barn while AEF staff keep a close eye on him. He likes to show off his 5 to 6-foot wingspan to tour groups visiting the AEF or onstage at Dollywood.

Show Your Love of Vultures & Become a Member of Team George!

Vultures often build their nests on the ground, and as one of the most intelligent and curious raptors in America, chicks like to explore their surroundings. Vultures can be found hovering above farmlands, forests, plains, and roadways searching and scavenging for dead animals (and sometimes vegetation) to dine on. Many people think that Vultures are ugly, but they are actually very beautiful and graceful when soaring through the sky!

Vultures do not have a voice box like other raptors. A hissing or grunting sound is the only vocal noise a vulture will make. In addition to hissing, a vulture will sometimes throw up on a potential threat, a defense mechanism called ‘projectile vomiting.’