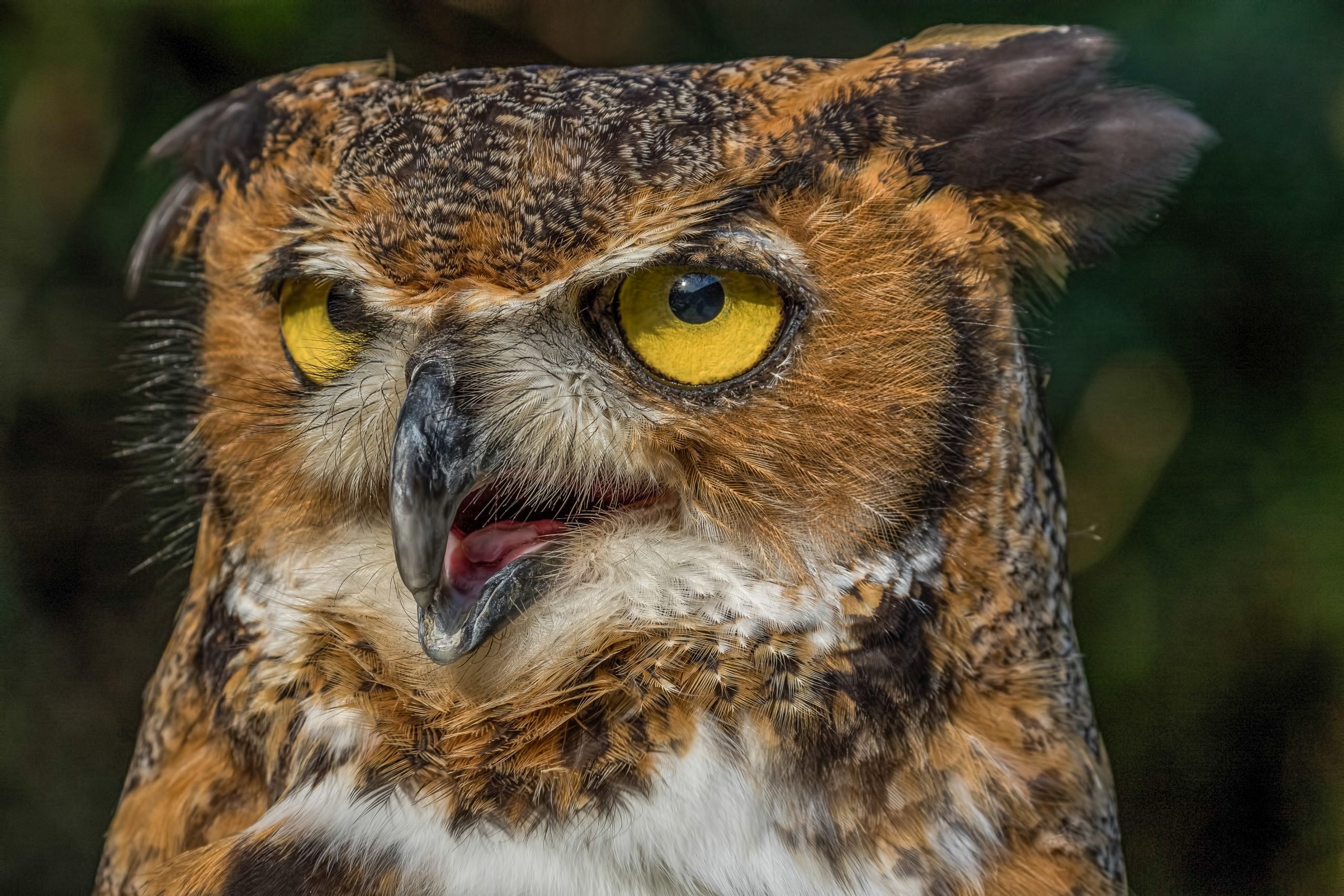 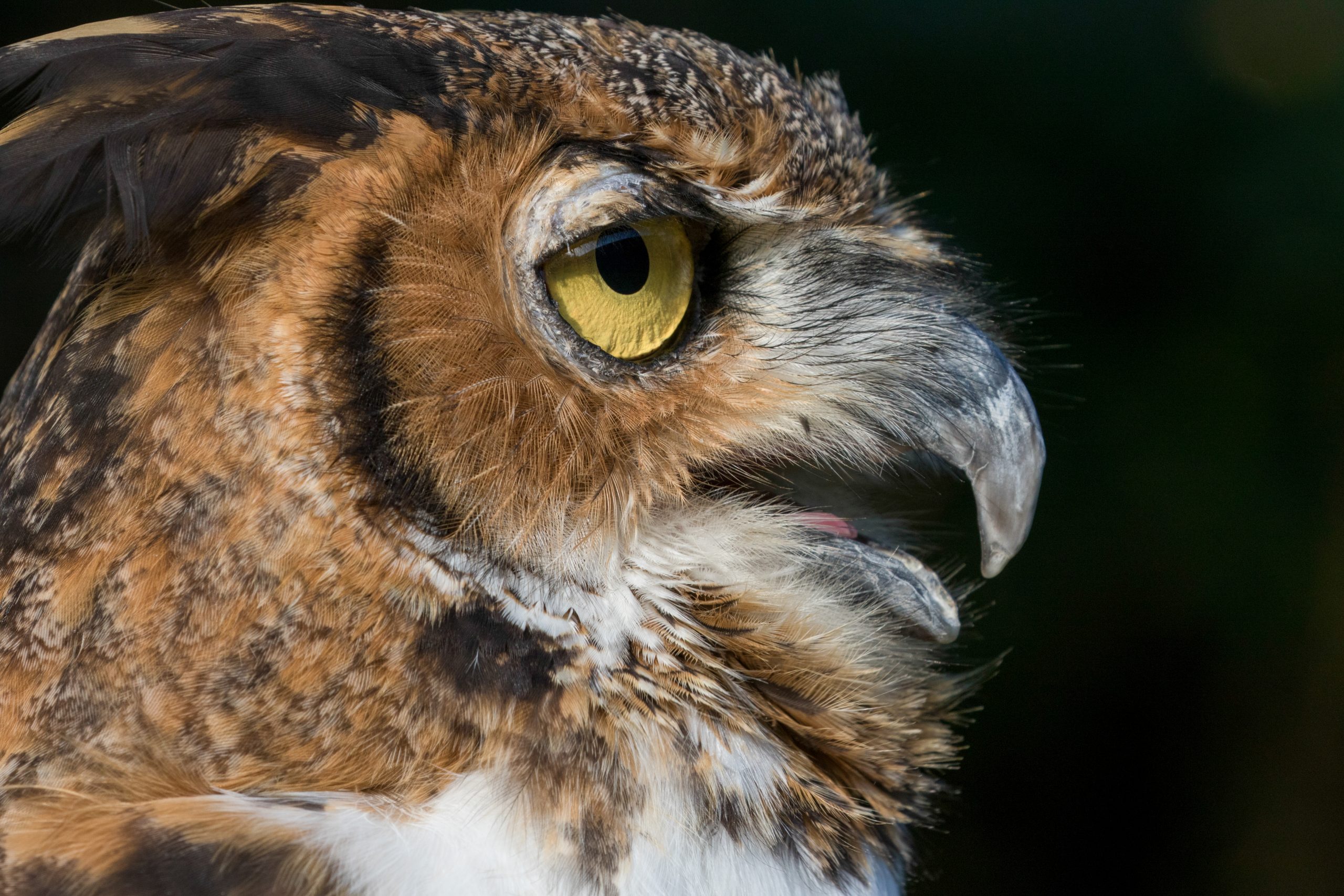 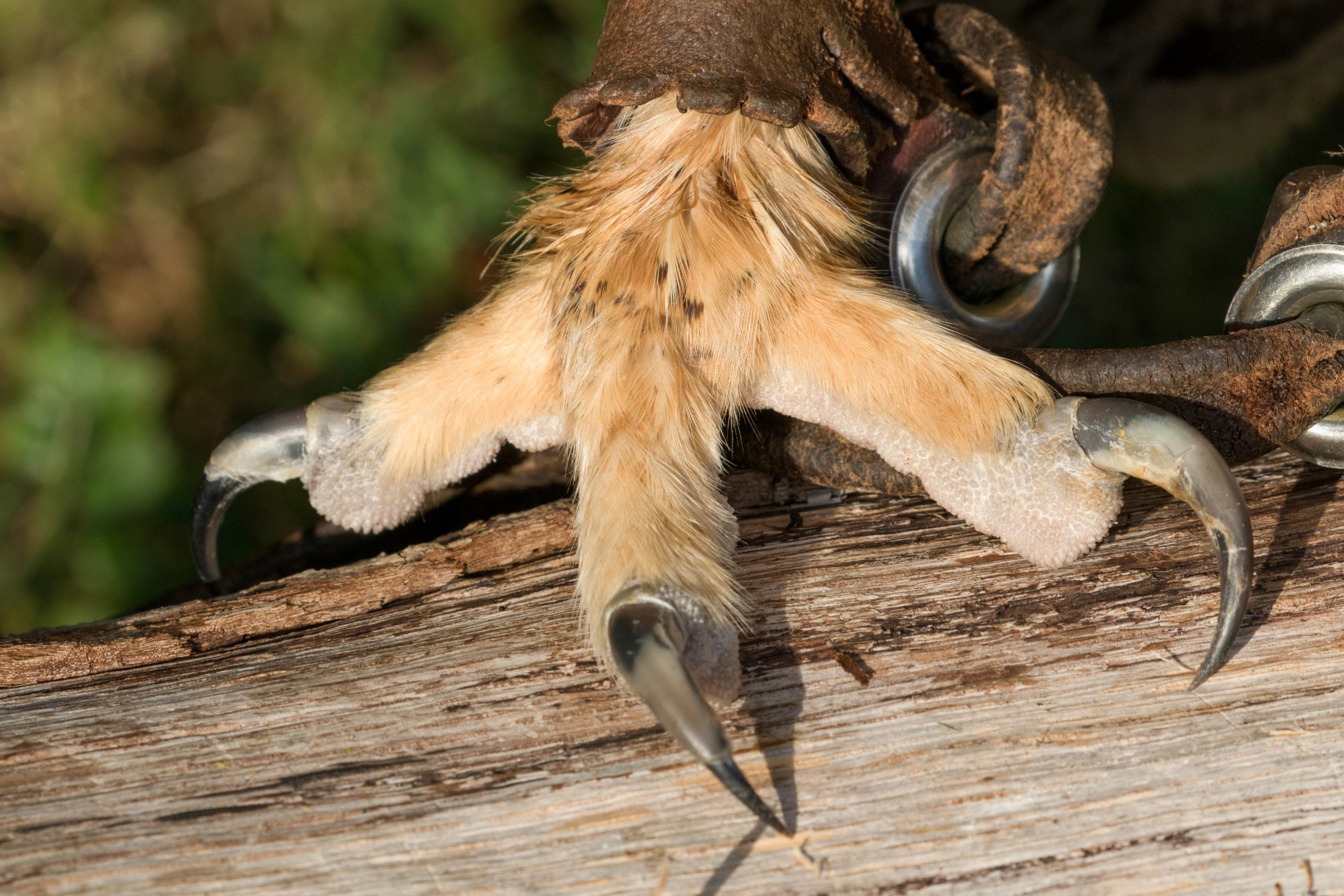 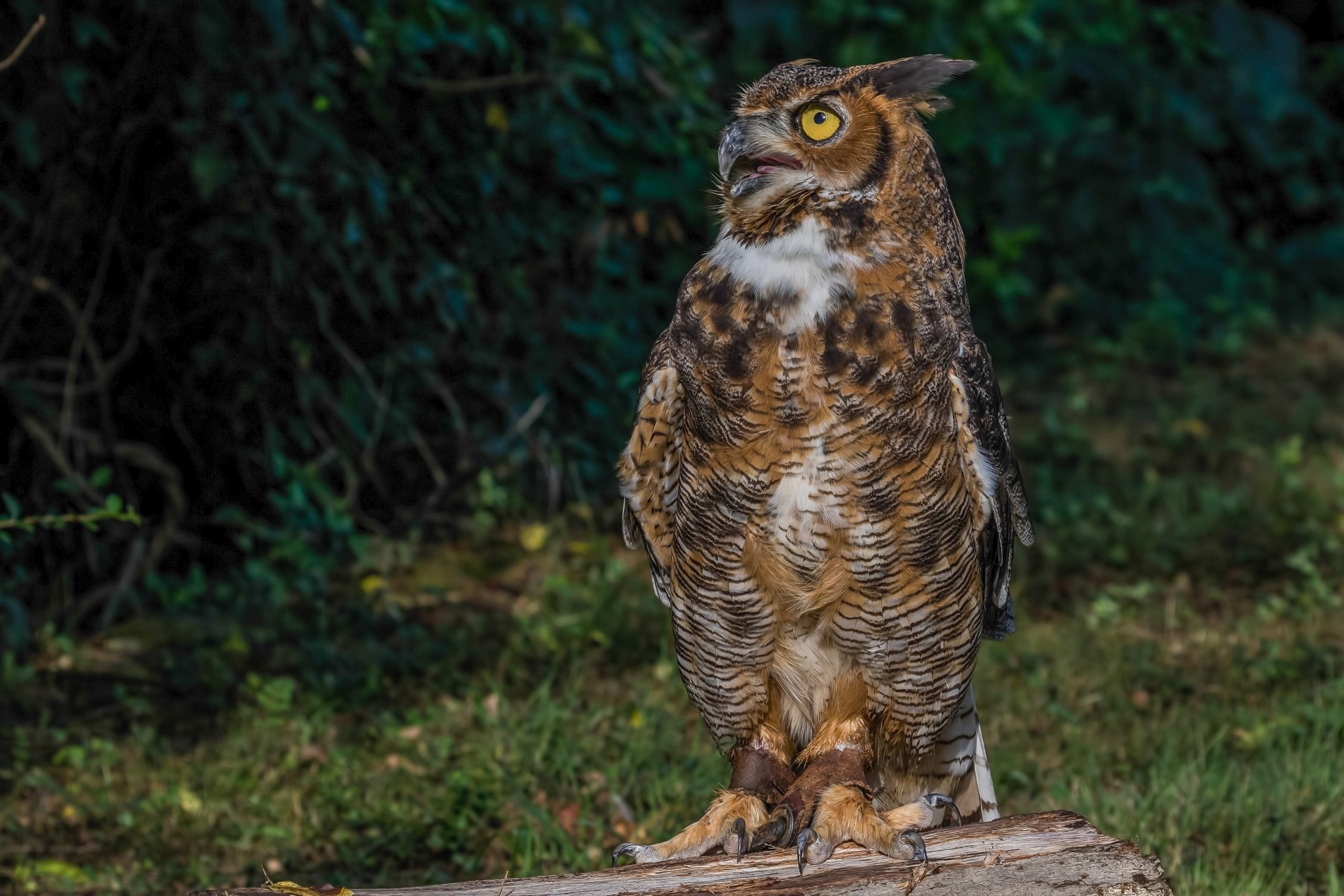 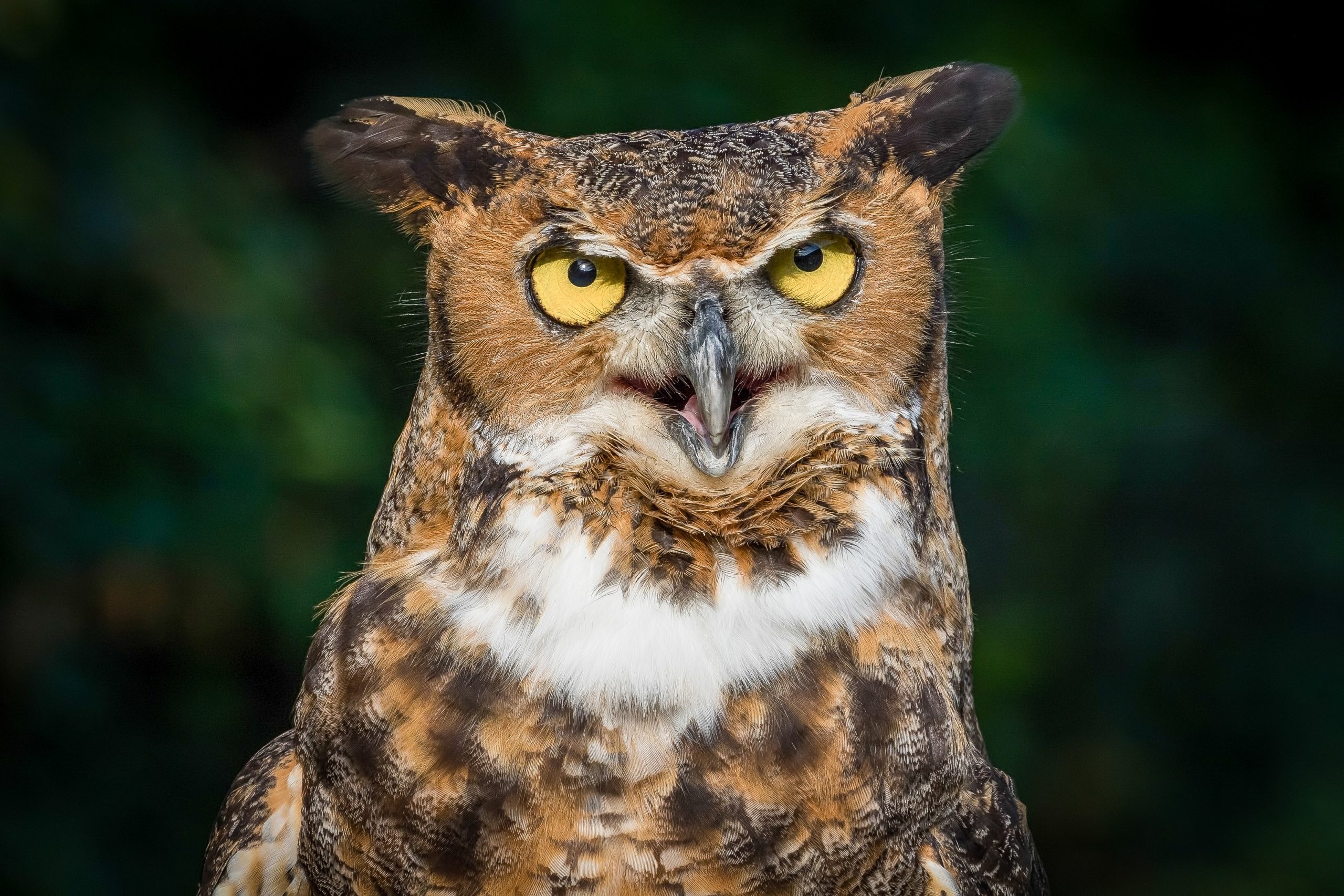 Earlier in her life Owltilla, a Great Horned Owl, was cared for by another rehabbing facility. When the American Eagle Foundation traveled to this rehab center to specifically retrieve a Red Tailed Hawk, they met Owltilla and decided to bring her back with them too!

Great Horned Owls nest early, usually late December and January, in a large stick nest or the hollow of a tree. They also do not mind taking over the abandoned nest of a Red Tailed Hawk. After the young are hatched, they stay with the parents for several months until they are well versed in the art of hunting.

Owls can turn their heads almost all the way around (270 degrees). The reason they do this is because their eyes, unlike the eyes of humans, are locked in their sockets and are pointed straight ahead. They are capable of turning their heads so far because they have 14 vertebrae in their neck, double the amount that humans have.

HEAR THE SOUND OF A GREAT HORNED OWL