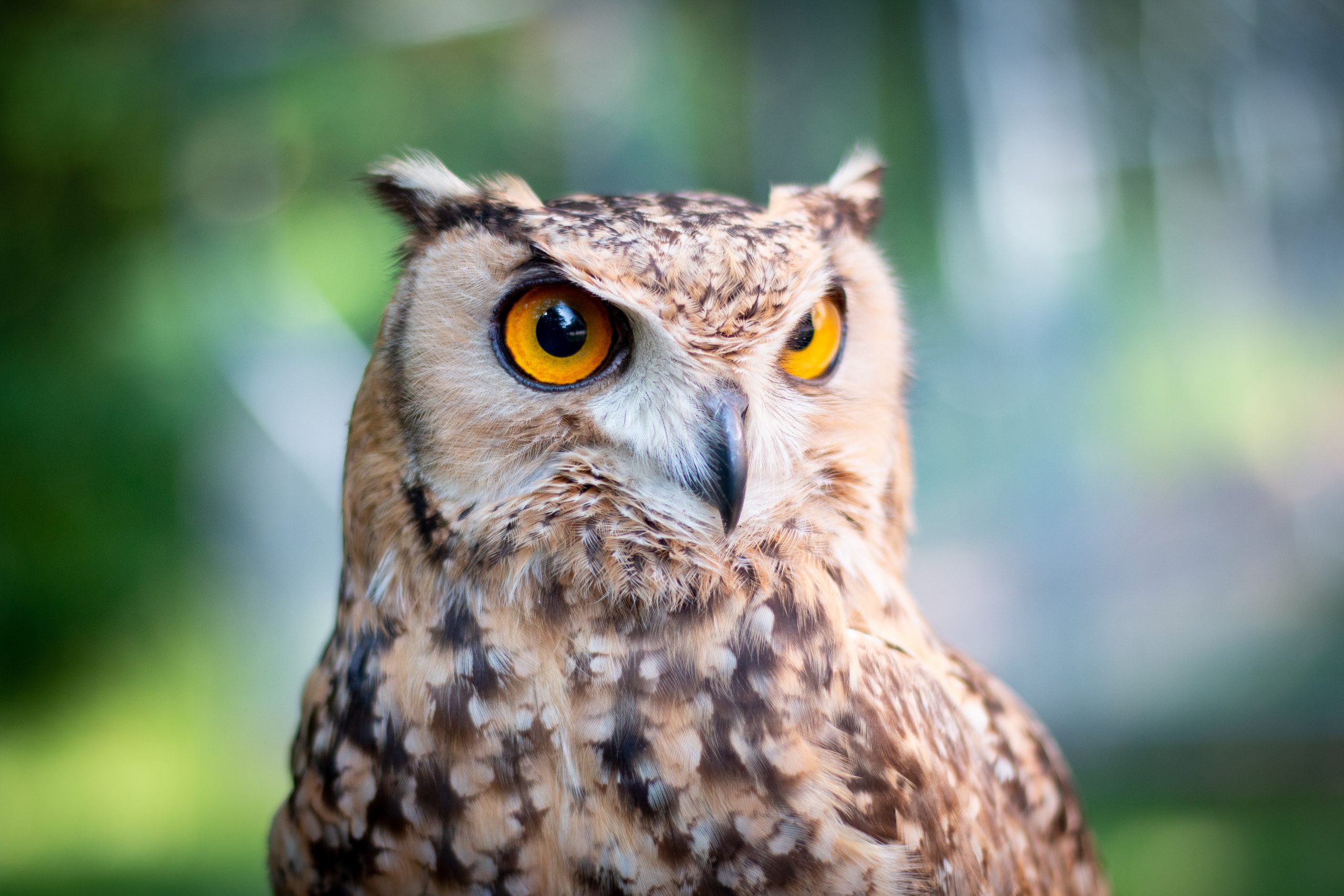 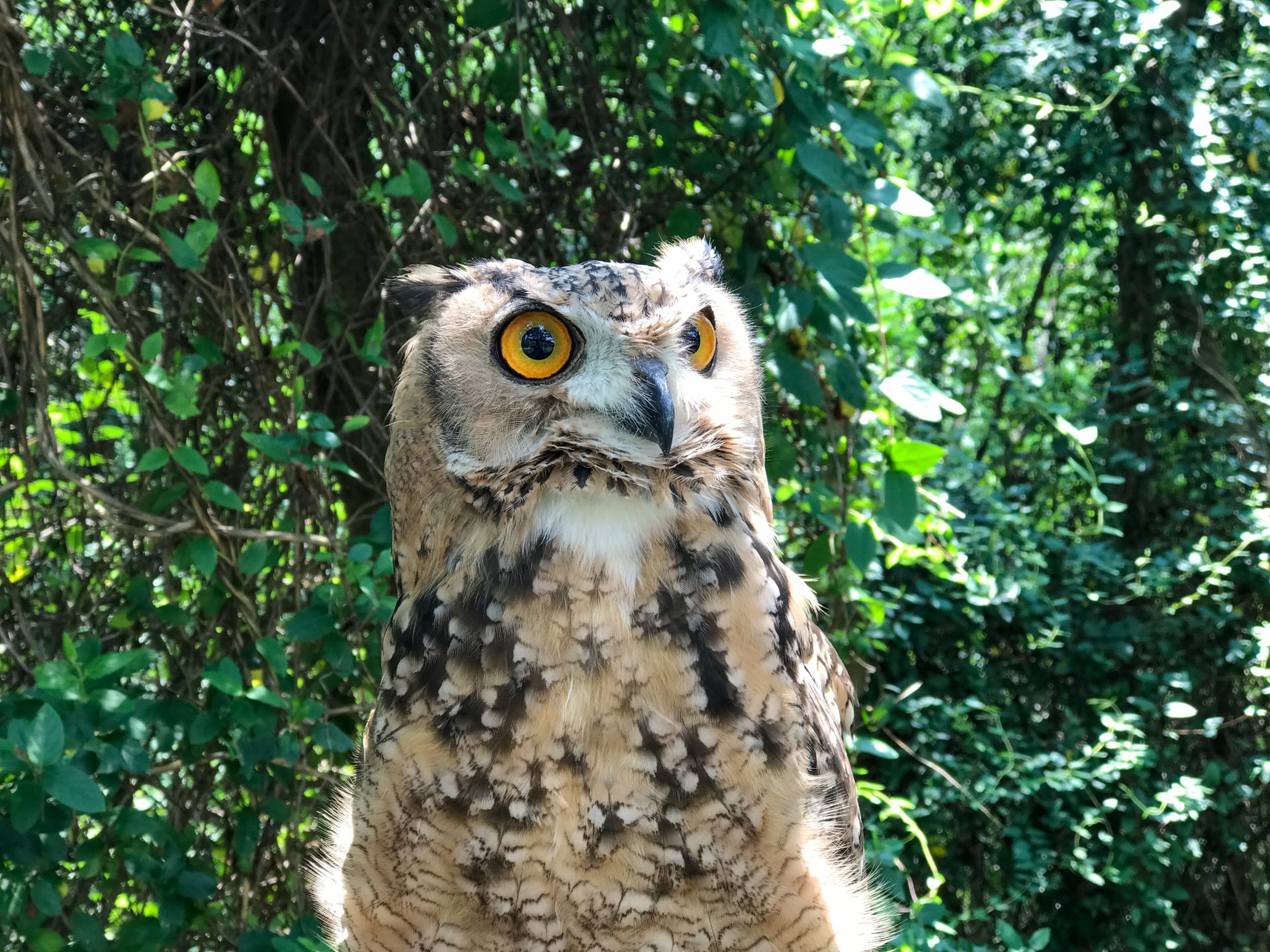 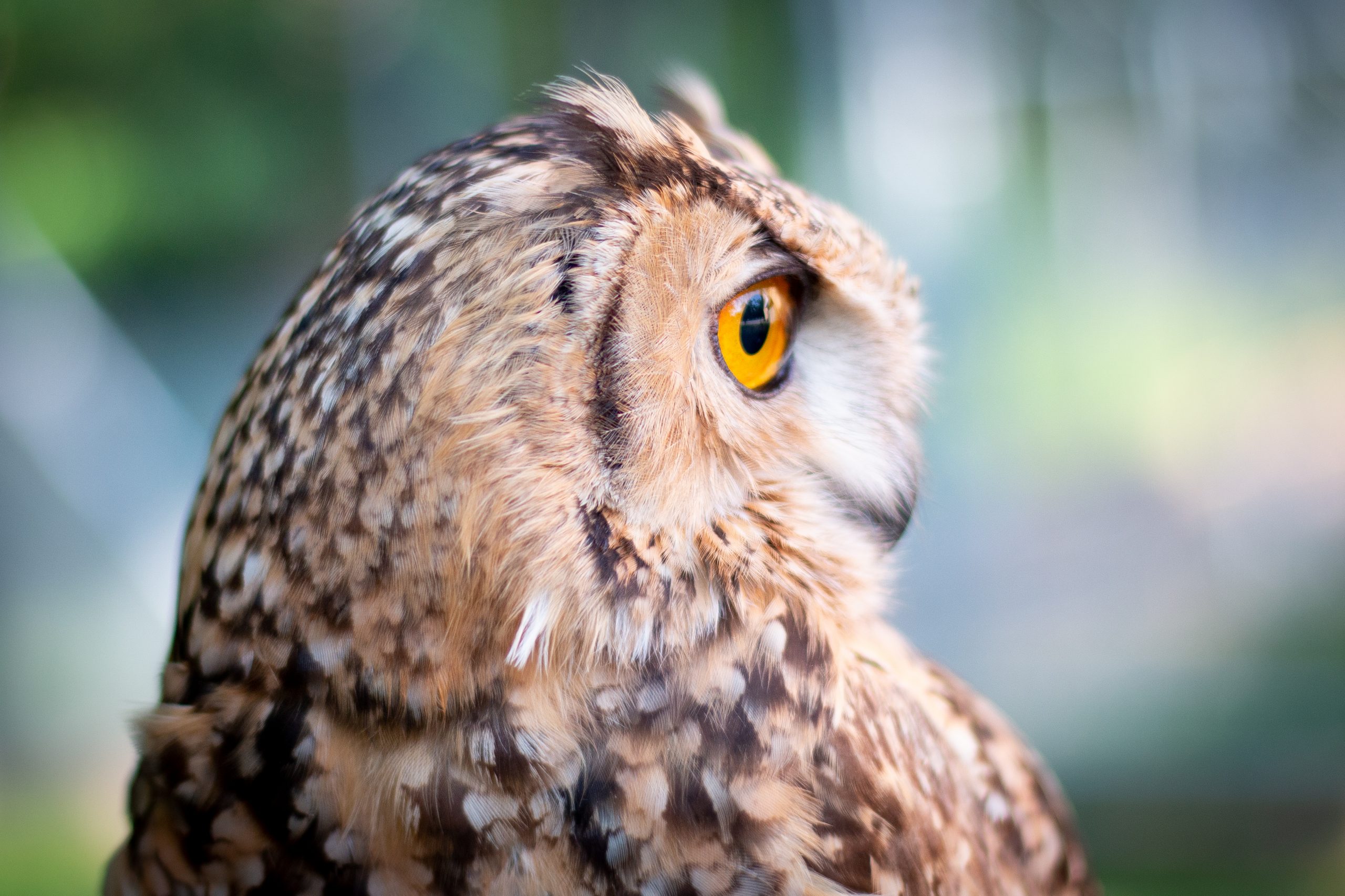 Dezzie was transferred to the AEF from a facility in New York. When he arrived, his name was “Sylvia” and he was thought to be female, but after DNA sexing confirmed a male bird, the staff opted for a name change!

Shortly after his arrival, Dezzie began working with our Wings of America Show staff at Dollywood. After several months of relationship building and training, Dezzie debuted on stage in 2018. He quickly grew more and more comfortable with audiences and the show staff decided to push him one step further and began flight training. During the 2019 show season, Dezzie began demonstrating short flights in front of the audience during the show for his favorite handlers.

The Desert Eagle Owl (also known as the Pharaoh Eagle Owl) is a fairly large owl with relatively short and pointed ear-tufts.

It has a white throat and pale tawny-brown to sandy-colored underparts. It becomes active after the sun goes down, while preferring to stay between rocks that are either on the ground or on cliffs or caves. If a tree happens to be available, they also will roost there during the day.

The video below was created by Kees Vanger and published on YouTube.

Rodents make up most of their diet, but their choice of food also includes small mammals, birds, scorpions, and large insects. A Desert Owl can also dispatch hares, bats, foxes, and hedgehogs!

The Desert Eagle Owl usually mates for life and keeps the same territory for years. They will build their nests in rock hollows, in crevices, or even down in a well! They sometimes will take a nest built or abandoned by another large bird.

Two to four eggs (usually two) are laid, about 2 to 4 days apart. The female does all the incubating with the male providing all the food. Incubation lasts from 31 to 36 days. For the first 2 weeks after hatching, feeding and brooding is done by the female, but after that, the male also helps with the feeding.

Distribution: Occurs in north and northeast Africa from Tunisia south to Gambia, Mali, Sudan and Eritea, and in the Middle East from Syria to western Iraq and south to Oman. (source: owlpages.com )