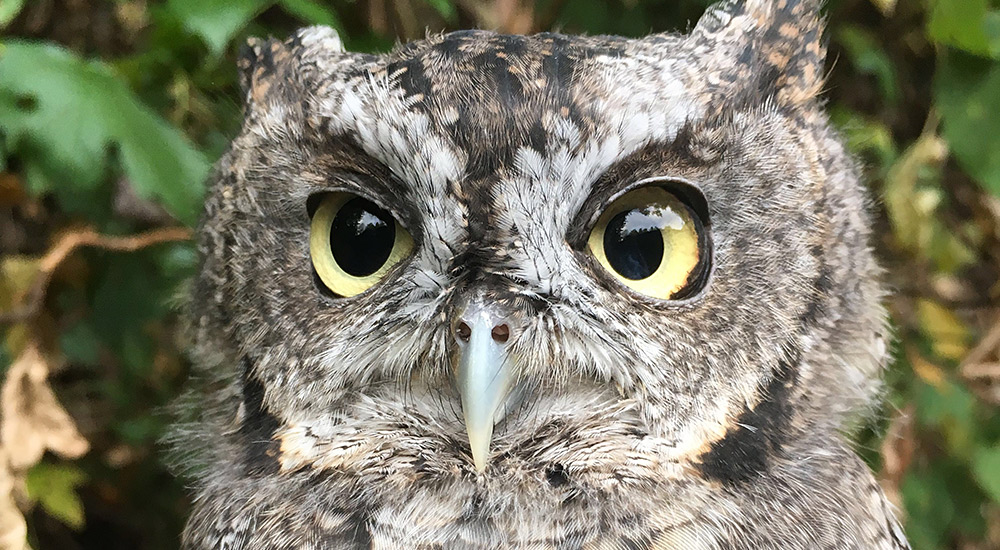 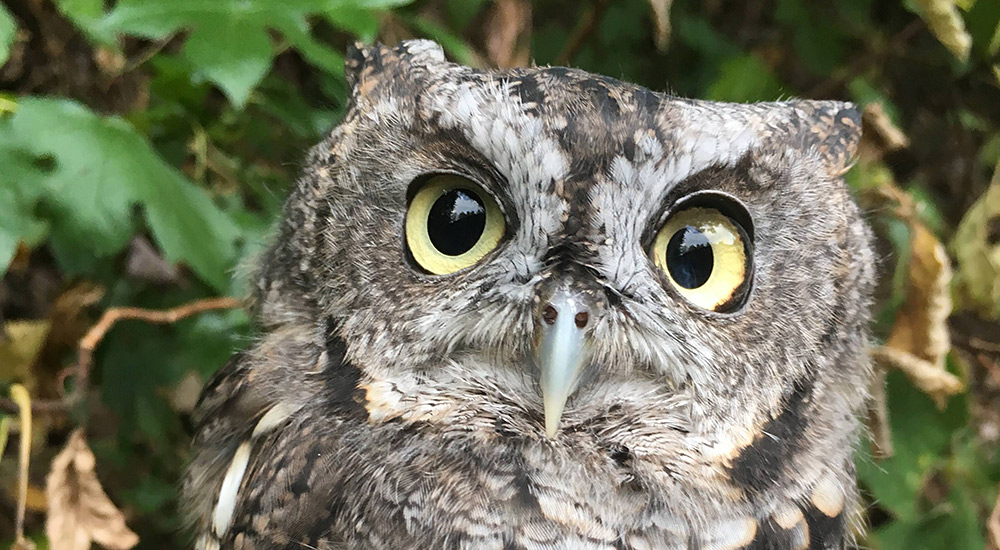 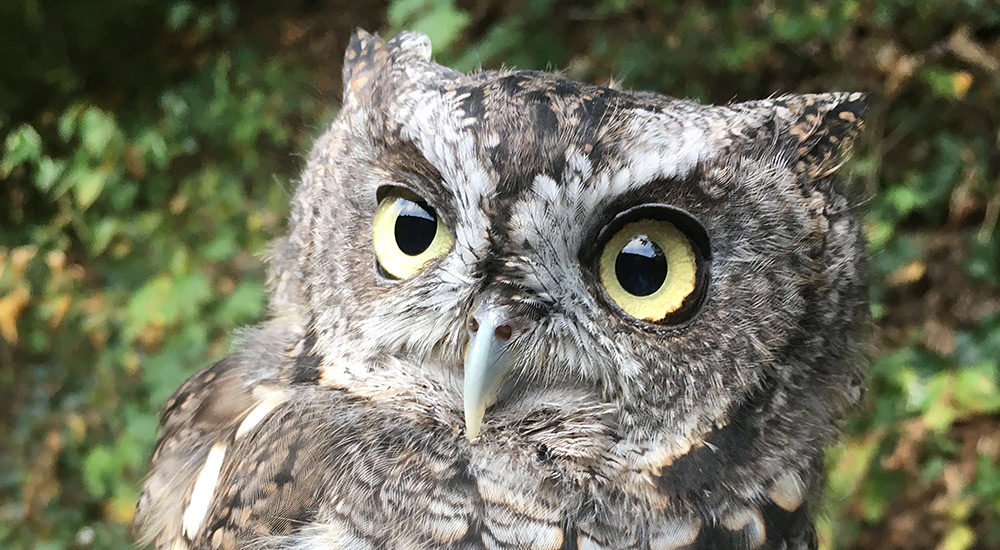 Buster was deemed non-releasable after experiencing head trauma of an unknown source that left him with a detached retina in his right eye. He has been with us since June 2018.

Buster is one of the smallest birds that we care for, weighing in at only around 5 ounces. He has a calm demeanor and is very relaxed around people. These characteristics make him ideally suited for the Wings of America Bird Show at Dollywood. Buster made his show debut in 2019 and is a crowd favorite! He is also very talkative for a screech owl!

Eastern Screech Owls have been misnamed, because they don’t really screech at all. They have more of a wavering whistle. The Eastern Screech Owl is a short, stocky bird, with a very large head and virtually no neck. The colors of an Eastern Screech Owl vary from a reddish-brown to a grayish color. Their feathers are patterned with spots and bands that help to camouflage them when they are against the bark of a tree.

The ear tufts on top of their heads have nothing to do with their hearing; rather, they help to camouflage the bird when perched in a tree. The tufts, when erect, form a ‘V’ which mimics a forked branch in a tree, and in addition, when they erect the tufts of feathers, they are communicating with others of its species. Erecting the tufts also help frighten away potential enemies because it makes the owl appear larger.

In the wild, screech owls can live to be 10 years of age, and up to twice that in captivity.

HEAR THE SOUND OF AN EASTERN SCREECH OWL