Make a donation in memory of Wally 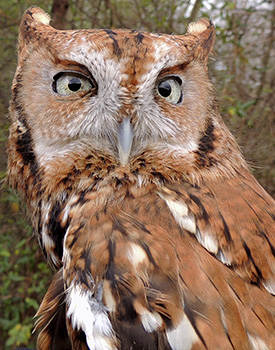 In 1999, after his nest tree was cut down to build a road, Wally was found as a hatchling in Kentucky by a Dollywood employee.

He had sustained a major head injury and was soon deemed non-releasable.

For years, Wally educated thousands of people about his species and the importance of the role they play in the environment, by performing in the AEF’s Wings Over America birds of prey show at Dollywood.

Wally passed away in the summer of 2015. He is deeply missed by caregivers.