Make a donation in memory of Scimitar 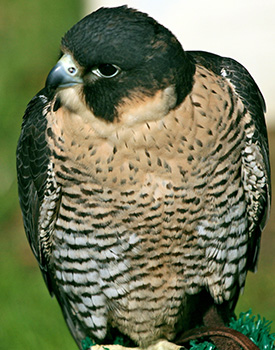 Scimitar was a female Peregrine Falcon who came to the American Eagle Foundation in 2007. She was deemed non-releasable due to a wing injury, probably sustained in a collision with power lines.

On Saturday, June 21, 2014, Scimitar was inside the weathering yard at the AEF off site facility in Pigeon Forge, TN. She managed to escape, and despite unconfirmed sightings and multiple attempts to find her, lasting many months, she was never found.

Despite Scimitar’s old wing injury, people reported having seen her at various times at different locations. We are hopeful she has been able to survive on her own and will once again become a wild Peregrine Falcon.

Scimitar could be seen in the ‘Wings of America’ birds of prey show at Dollywood Entertainment Park in Pigeon Forge, TN.