Make a donation in memory of Mr. President & First Lady 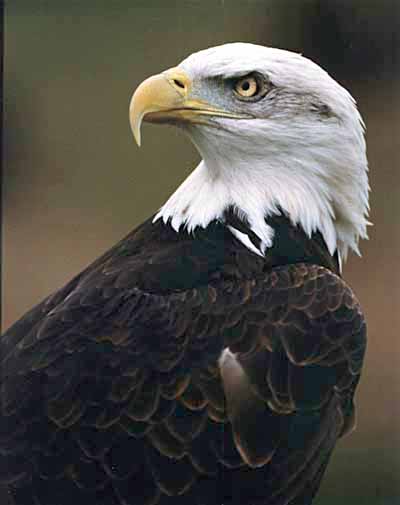 Mr. President was a male Bald Eagle hatched in the wild in 1978. He was found injured near Rhinelander, Wisconsin and spent the next nine years at the Detroit Zoo. On June 5, 1978 he was sent to Patuxent Wildlife Research Center in Laurel, Maryland run by the U.S. Fish and Wildlife Service.

We have no records on his injury, but it appears that his left wing was injured. He was eventually sent to a non-profit rehabilitation center outside of Nashville, TN where he and First Lady chose each other as mates in 1989. They laid their first egg together in 1990, but it was infertile.

The two arrived at the American Eagle Foundation’s education, breeding, and rehabilitation center in Pigeon Forge, TN in 1991. Within their first week at the AEF facility, they laid two eggs. The eggs were pulled from the nest and artificially incubated by AEF staff. Two eaglets hatched, and were named Hope and Desert Storm by Dolly Parton and the AEF’s president. The eaglets were raised by AEF staff, who fed them by using an eagle puppet so that the eaglets would not be imprinted on humans, and subsequently released into the wild outside of Nashville, TN on the Cumberland River.

Mr. President and First Lady produced many eaglets at the AEF breeding facility. In 1992, they laid two eggs, but only one was fertile. They incubated and raised it themselves. The eaglet was named Star by Dolly Parton and was released into the wild on Douglas lake in Dandridge, TN. In 1993, two eggs were laid, pulled from the nest and artificially incubated. Only one survived for release and was named Elijah by country music star Ricky Skaggs. 1994 saw Heartsong and Peacemaker take their place in the wilds of Tennessee. The last eaglet Mr. President and First Lady produced together was in 1996. Like all the eaglets, he was full grown at twelve weeks of age and released into the wild.

Mr. President was very people oriented, so he became a likely candidate for educational programs. He was being trained when he was diagnosed with a heart problem. He spent his last years in retirement, and passed away September 10, 2009.