Make a donation in memory of Pilgrim 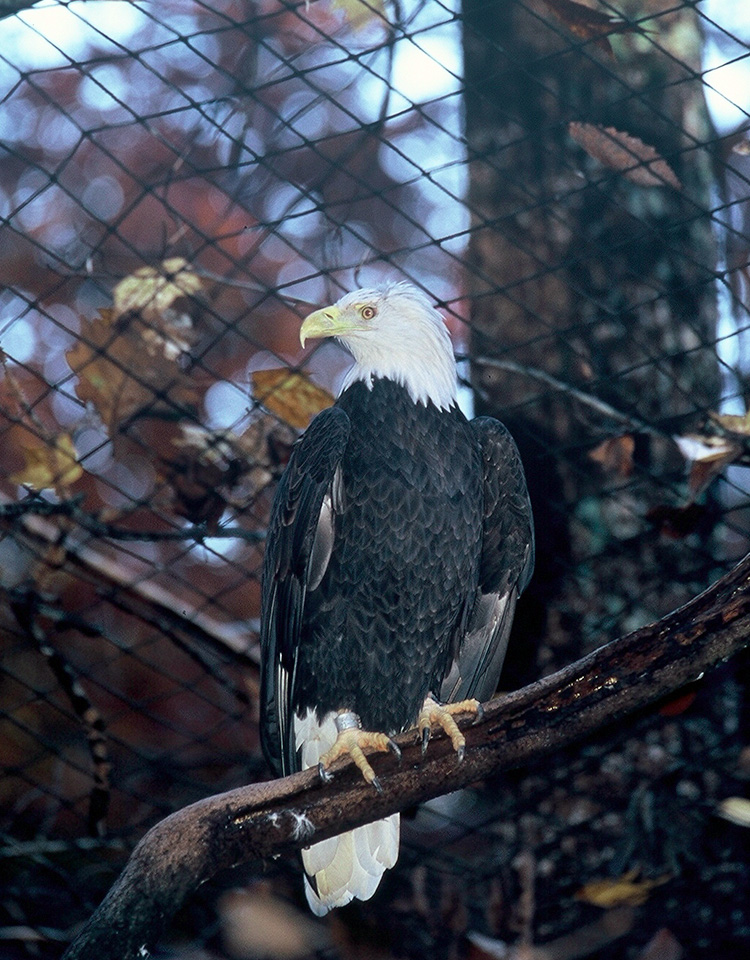 Pilgrim was a male Bald Eagle born in the wild in 1968. He was found near Jonesport Maine on November 4, 1970. He was taken to the Moosehorn National Wildlife Research Center in Laurel, Maryland run by the U.S. Fish and Wildlife Service on November 11, 1970 where he was examined. It appeared as if he had a pellet in his left wing, but his records are incomplete so we do not know any more.

He was released on January 30, 1973 at Blackwater National Wildlife Refuge in Cambridge, MD. He was found shot in the right wing near Dover, Delaware in April 1975, resulting in his right wing being broken in two places. He was treated by Dr. Gee. After that, his right wing drooped a little. He was sent to Zoo Atlanta December 5, 1988 from Patuxent. 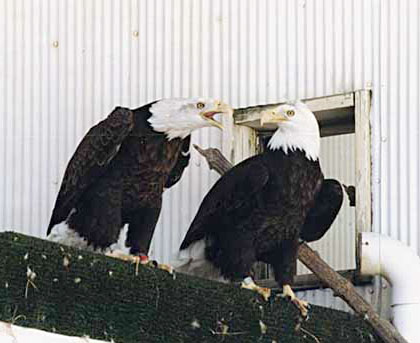 Pilgrim mated with Mayflower around 1977, but their histories together are sketchy. They produced eggs every year since 1977, except 1989, 1990 and 1991. In those years, they also laid eggs, but did not nest them. It appears they have produced a lot of eggs but they never had any offspring.

He arrived with Mayflower at the American Eagle Foundation in Pigeon Forge, TN, and was put in a breeding enclosure at our aviary. Pilgrim and Mayflower had produced eggs in 1994 before they arrived. After coming to AEF, they laid three eggs each of several years, but, disappointingly they were all infertile. 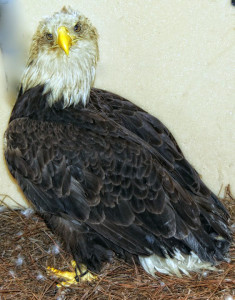 In 1996, they were given an eaglet from another breeding pair at our facility to raise. They successfully raised it to eight weeks of age when it was removed from their nest and taken to the Douglas Lake Hack Tower in Tennessee to be released.

Unfortunately, Mayflower died in June 1999 due to complications from a lung disease called aspergilliosis.

Visitors to our Birds of Prey Center at Dollywood could see Pilgrim residing in the lower enclosure at Eagle Mountain Sanctuary, where he served as an educational ambassador for eagles.

Pilgrim passed away at the age of 45 on September 11, 2013. He is missed by staff and visitors alike.