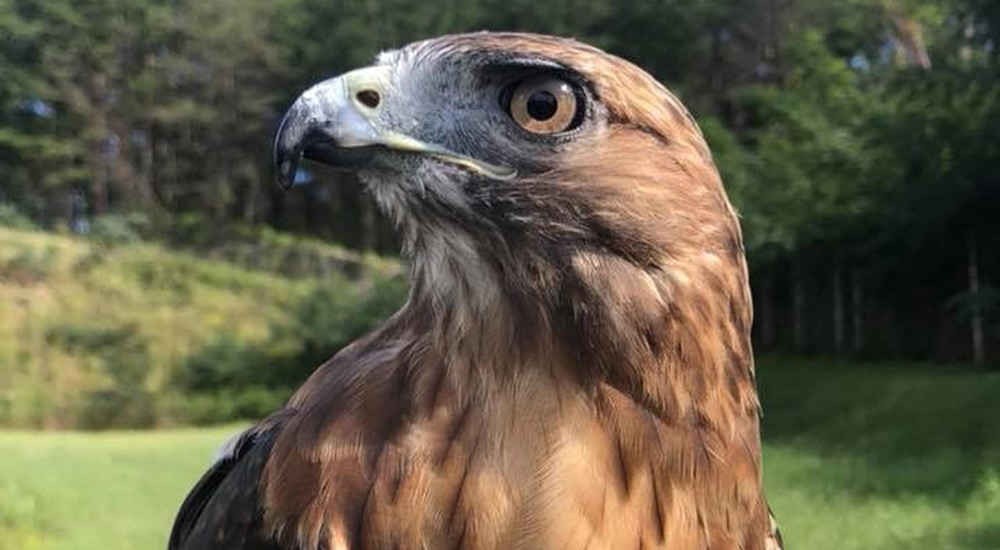 Shiloh first came to the AEF as a rehab bird in March 2017. He had suffered a metacarpal fracture in his right wing and was unable to completely extend that wing. He received lots of rest and physical therapy, but never regained the ability to extend his right wing, which left him unable to fly.

Even though Shiloh cannot fly, he has become an excellent educational ambassador. He has thrived at target training around his enclosure and one of his favorite activities seems to be stalking squirrels that he sees outside his mew. Shiloh often accompanies staff to outreach programs, visiting schools and teaching children about the importance of Red-Tailed Hawks in the wild!