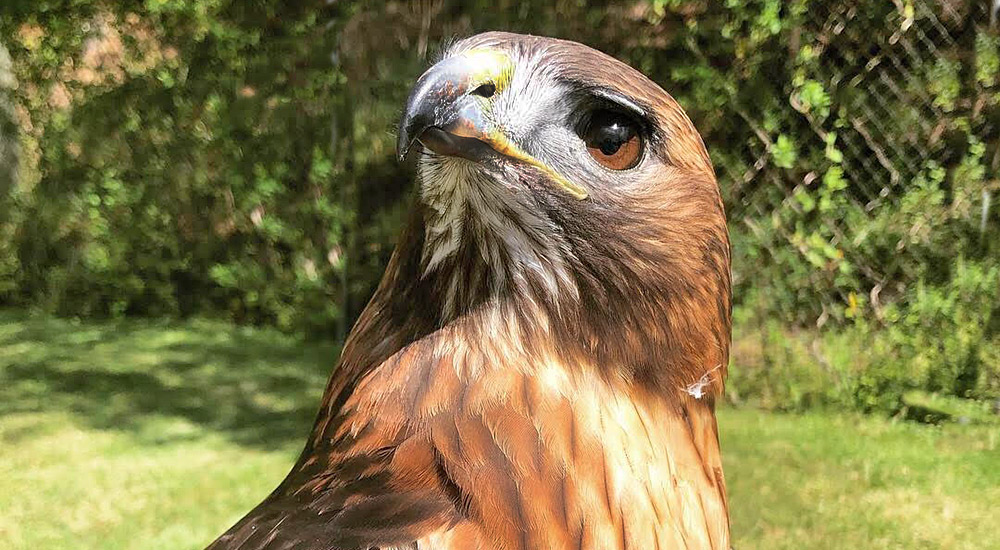 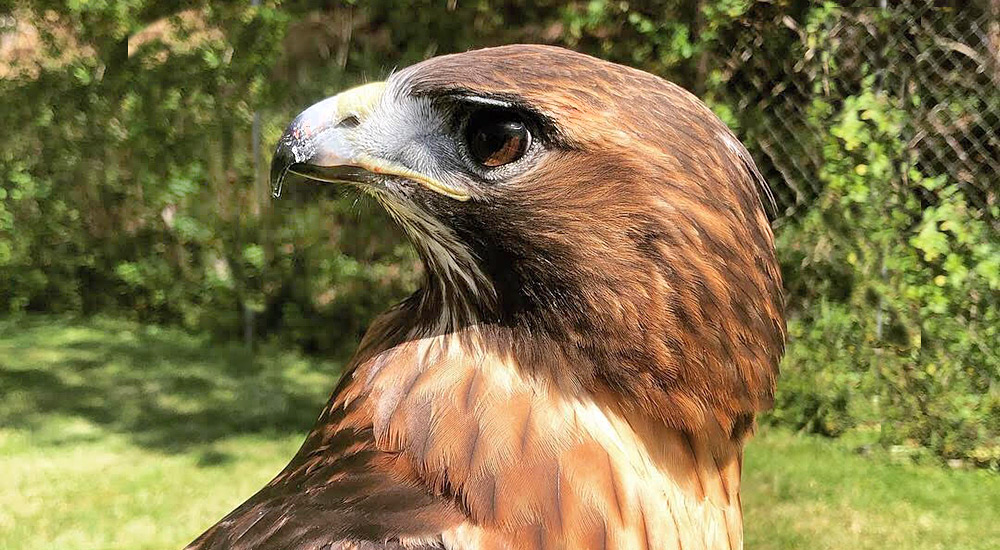 Sequoia arrived at the AEF in early 2018. He had suffered injury to both a wing and eye that brought him to our rehabilitation center. Unfortunately, the retinal (eye) damage was severe, and Sequoia did not regain enough flight capability to be released. He became an educational ambassador after being deemed non-releasable.

Sequoia has always impressed the staff with his very calm personality. Even as a rehab bird, he was very relaxed with staff as they moved about his enclosure cleaning and providing food. He picked up on glove training very quickly and is now in training to do educational outreach programs.