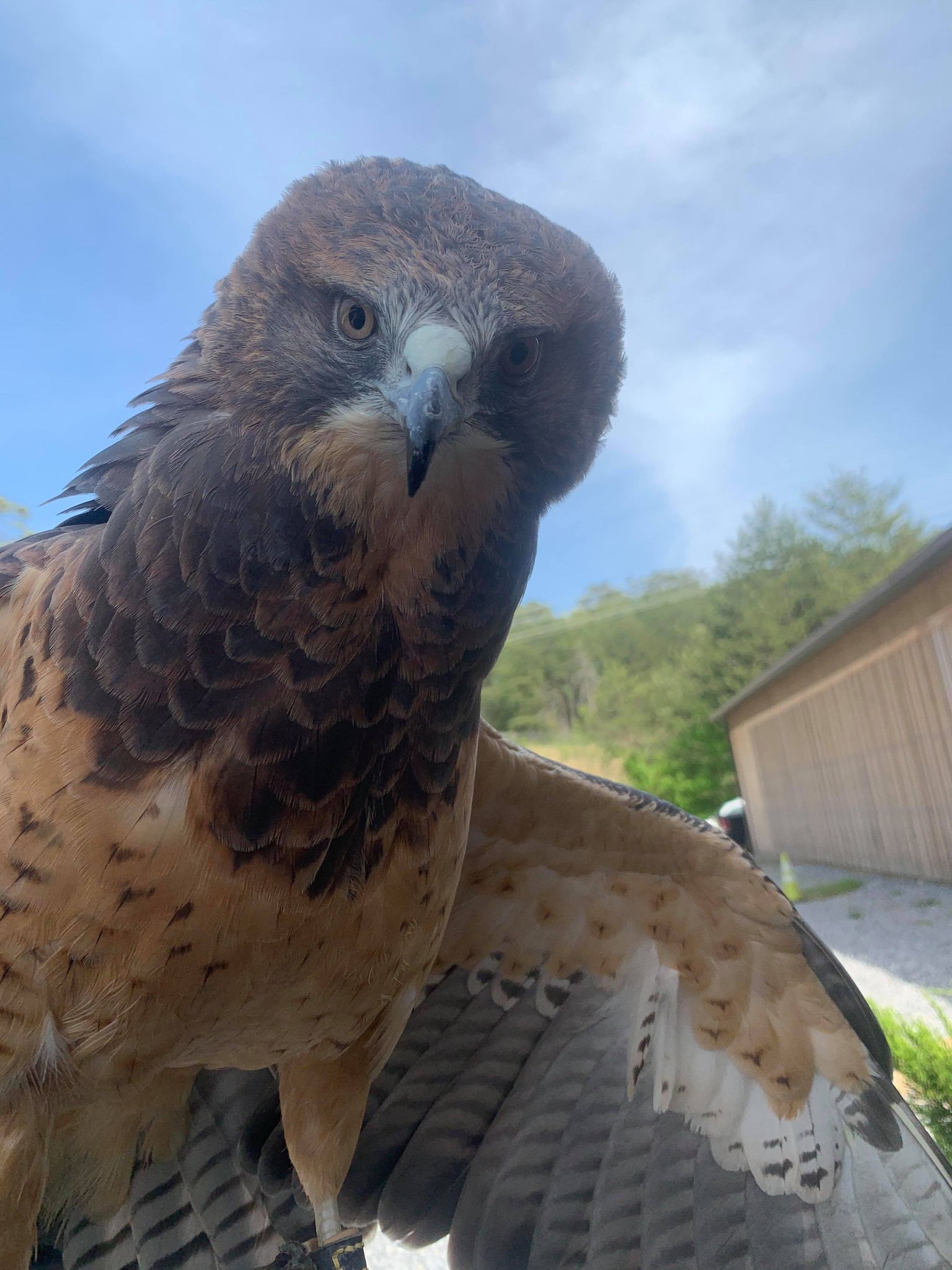 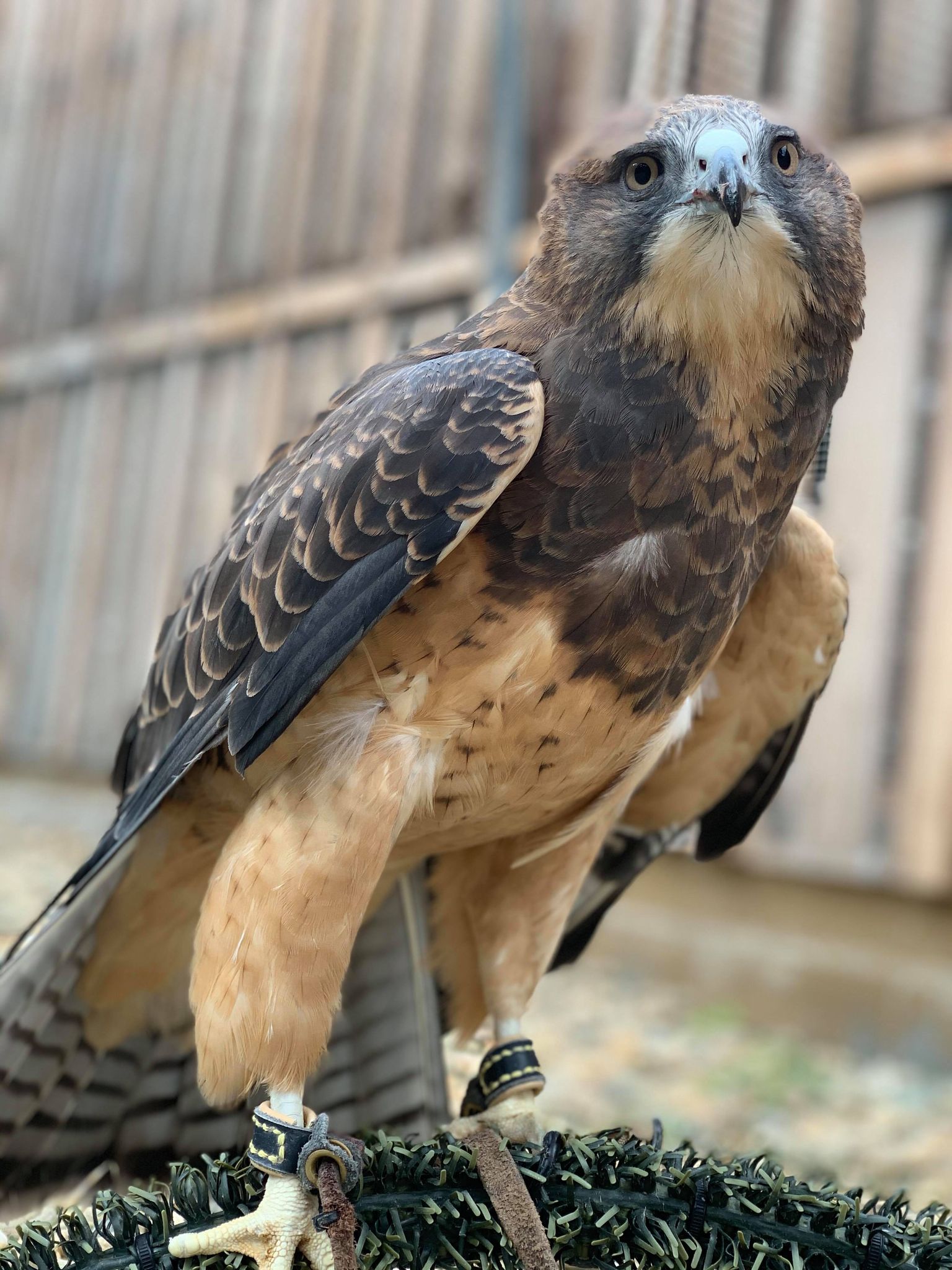 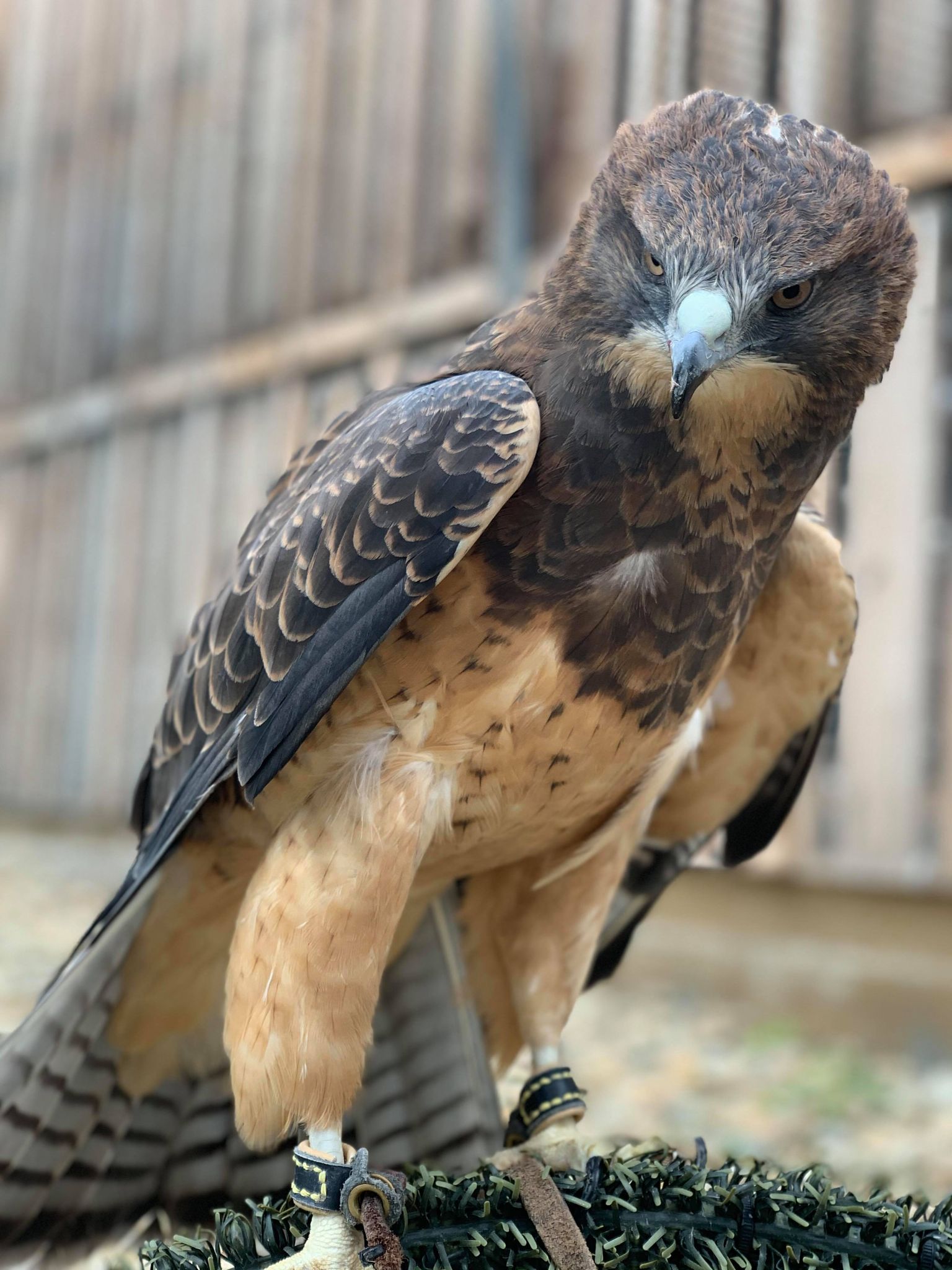 Pandora was found as a fledgling on the ground in New Mexico in August of 2015. She appeared to be unable to fly and was taken to the New Mexico Wildlife Center for rehabilitation. Upon arrival, Pandora was found to be in good health. It appeared that she was unable to fly due to abnormal growth of her flight feathers on her right wing. She was deemed non-releasable and spent a few years at The Urban Interface in Bryan, TX.

Pandora found her permanent home here at American Eagle Foundation in December 2019.  Pandora is a spunky lady with lots of personality. She is undergoing training to become an educational ambassador, and we hope to see her participating in educational programs soon!

The Swainson’s hawk is named after British naturalist, William Swainson. It is sometimes called the “Grasshopper Hawk” or the “Locust Hawk” because of the number of these insects they consume.

In the spring and summer it can be found in North America, but it winters in South America. It probably migrates a greater distance than any other North American raptor, traveling a distance of up to 14,000 miles and taking 2 months to complete!

HEAR THE SOUND OF A SWAINSON’S HAWK

The Cornell Lab of Ornithology