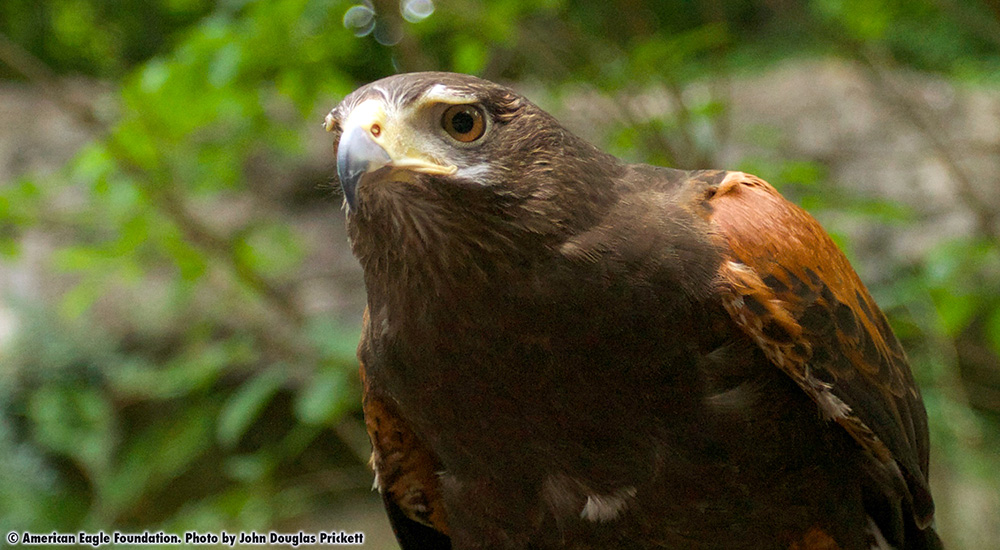 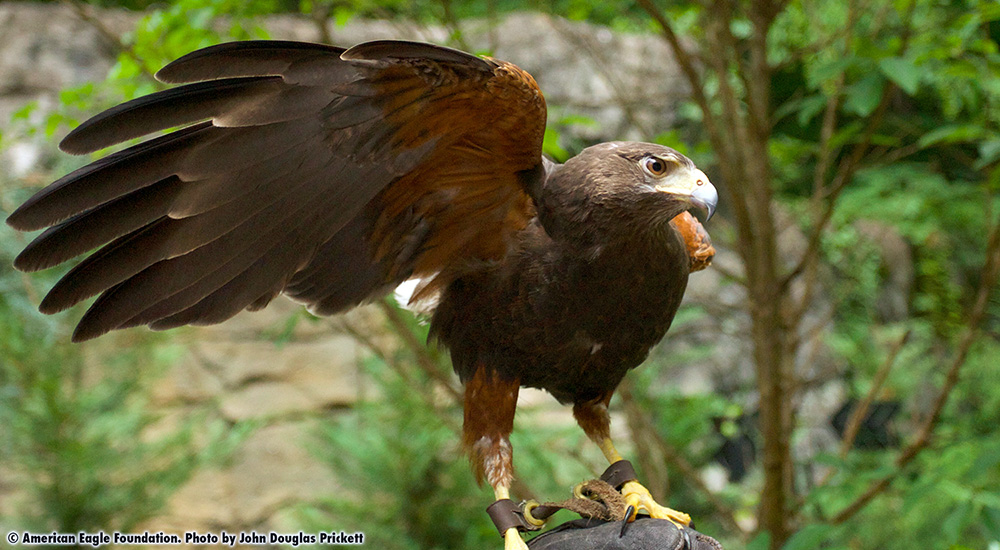 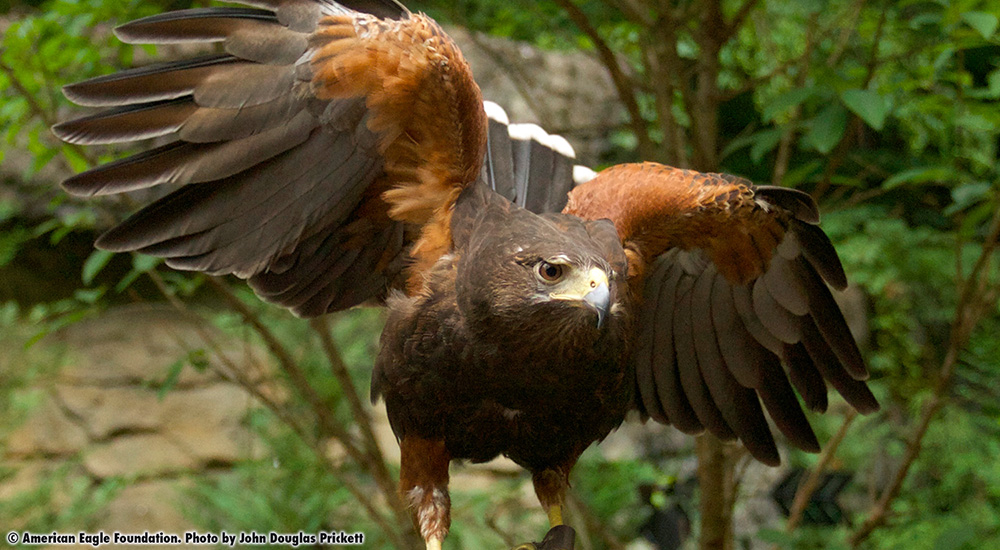 ‘Mikie’ was hatched in captivity in 1991, and at approximately ten days old was placed in the nest of a Golden Eagle breeding pair at the American Eagle Foundation.

The Golden Eagles took care of him for 2-3 weeks, at which time their own offspring was about ten days old. We believe that Mikie thinks he’s more of a Golden Eagle than a Hawk. Formerly one of the many stars at our Wings of America show at Dollywood, Mikie is now enjoying a well-deserved retirement.