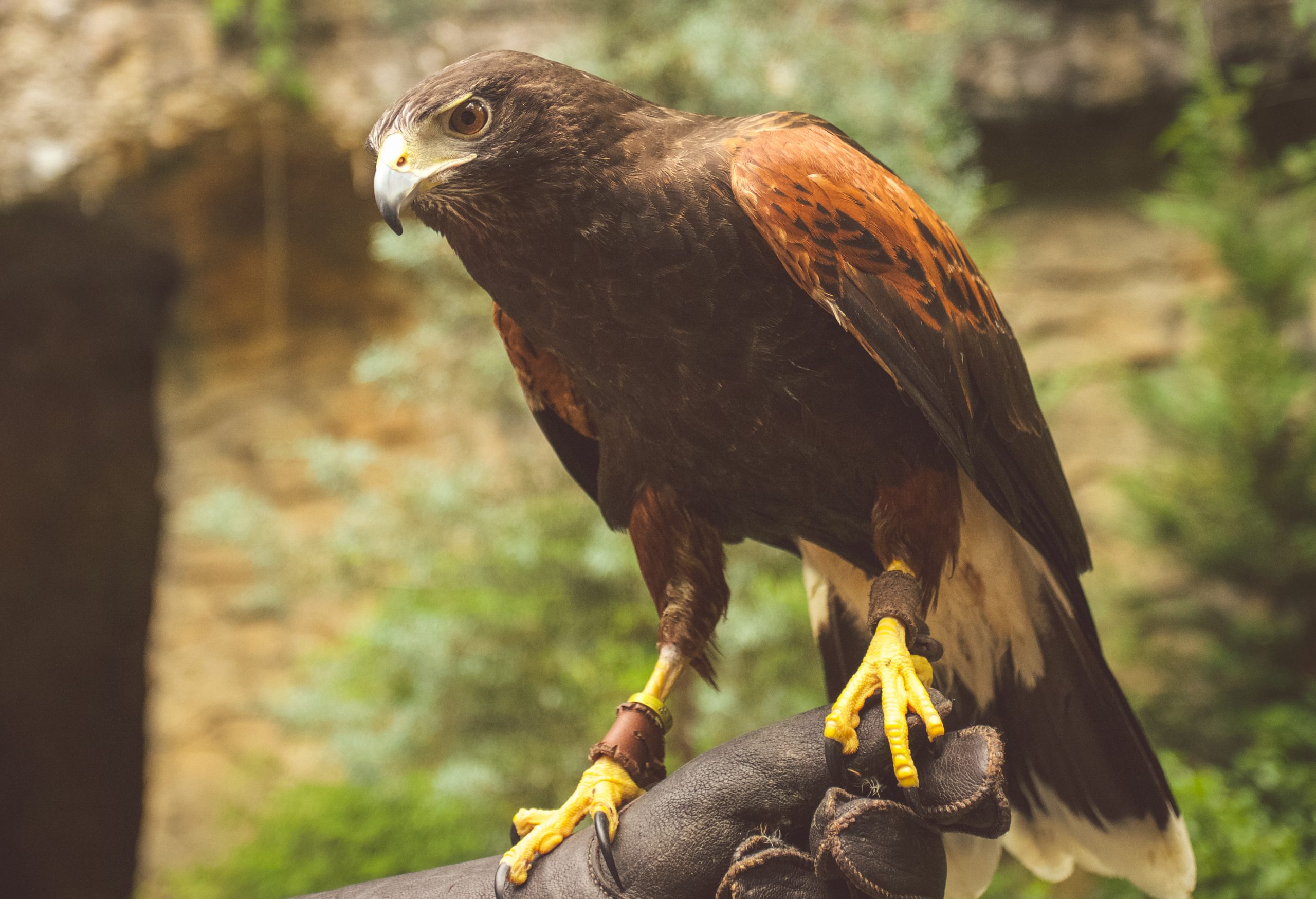 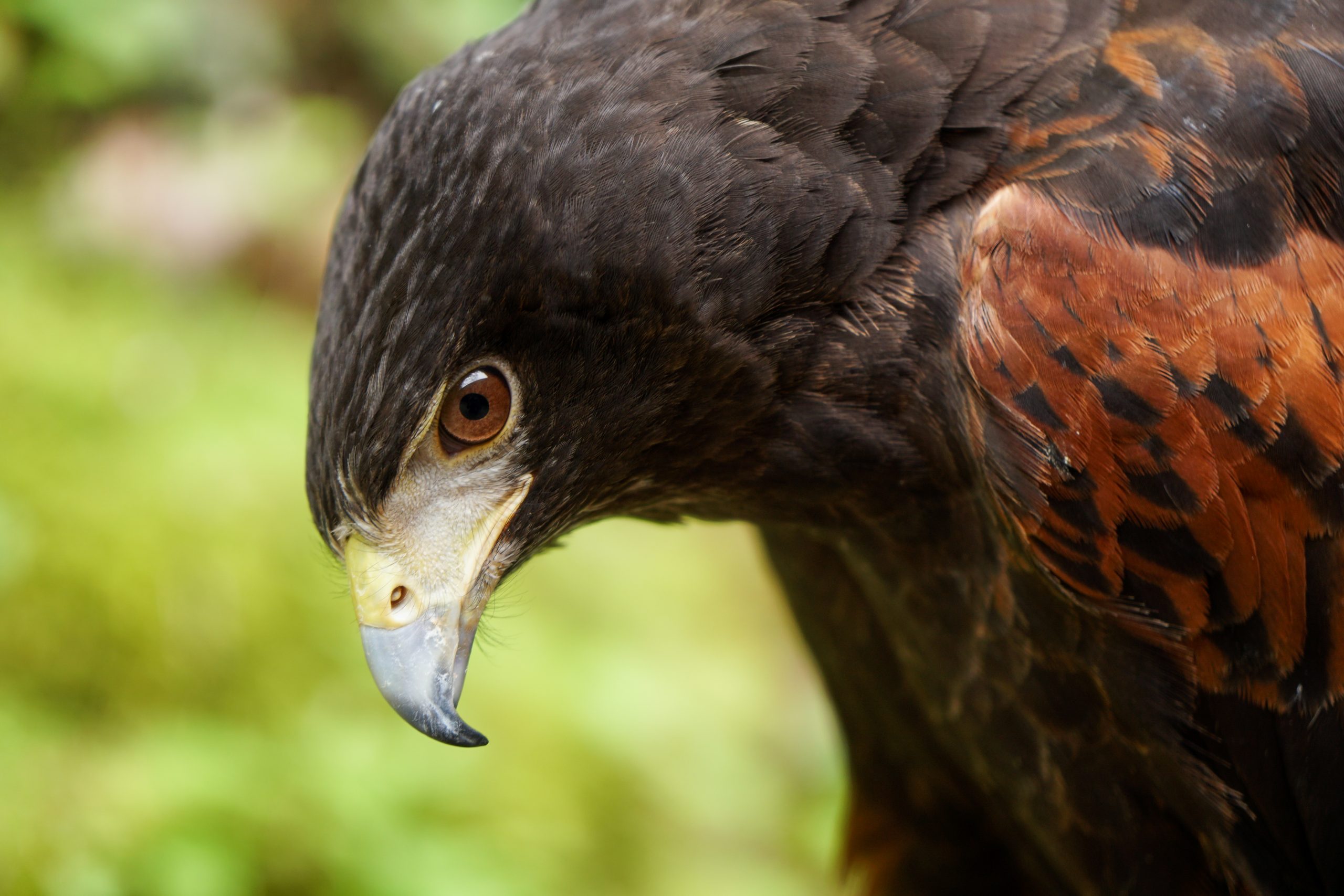 ‘Maverick’ was raised to be a falconry bird, but because of his small size, the falconer was afraid he might get hurt in the field. He was then transferred to the American Eagle foundation where he became a star in the Wings of America Bird Show.