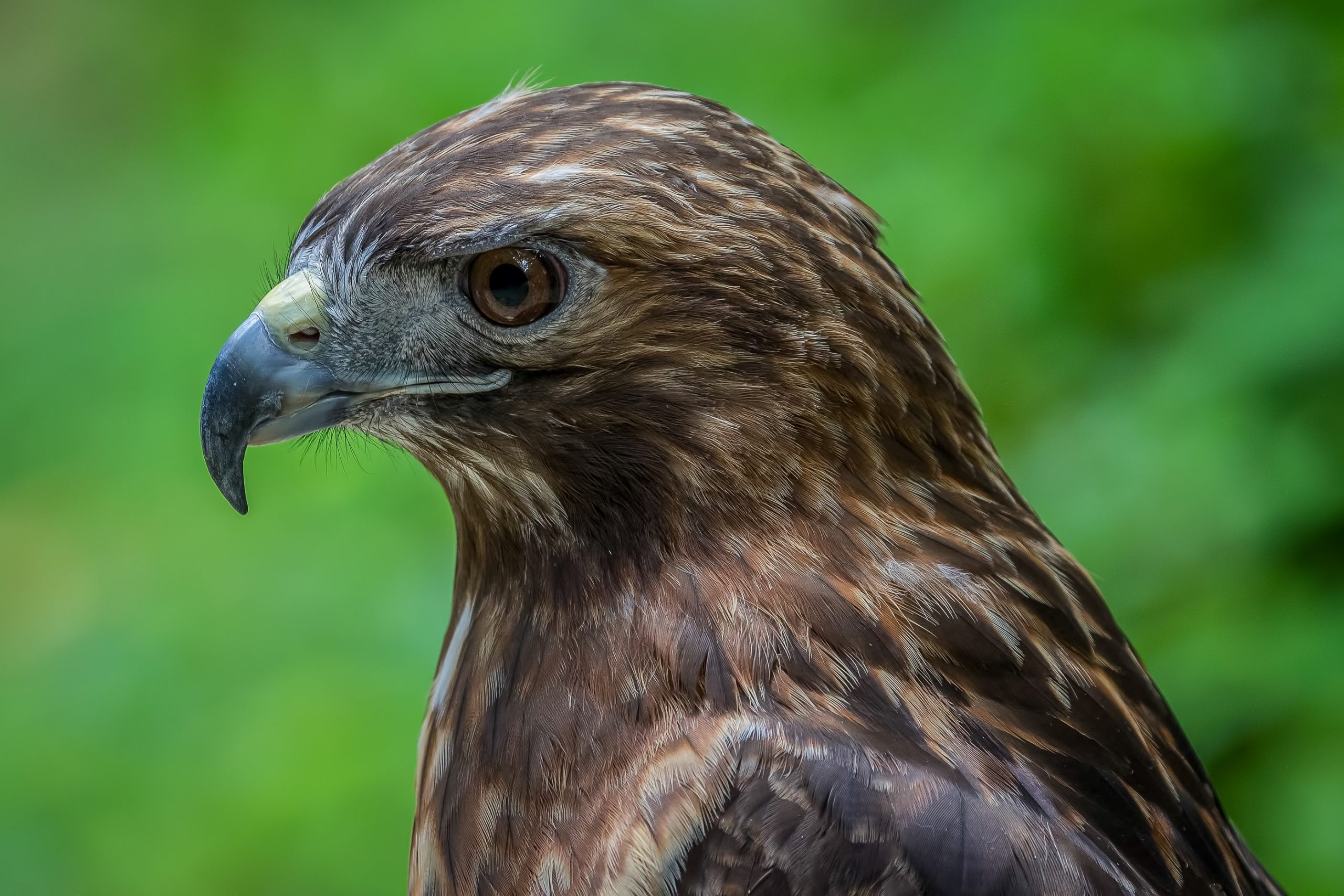 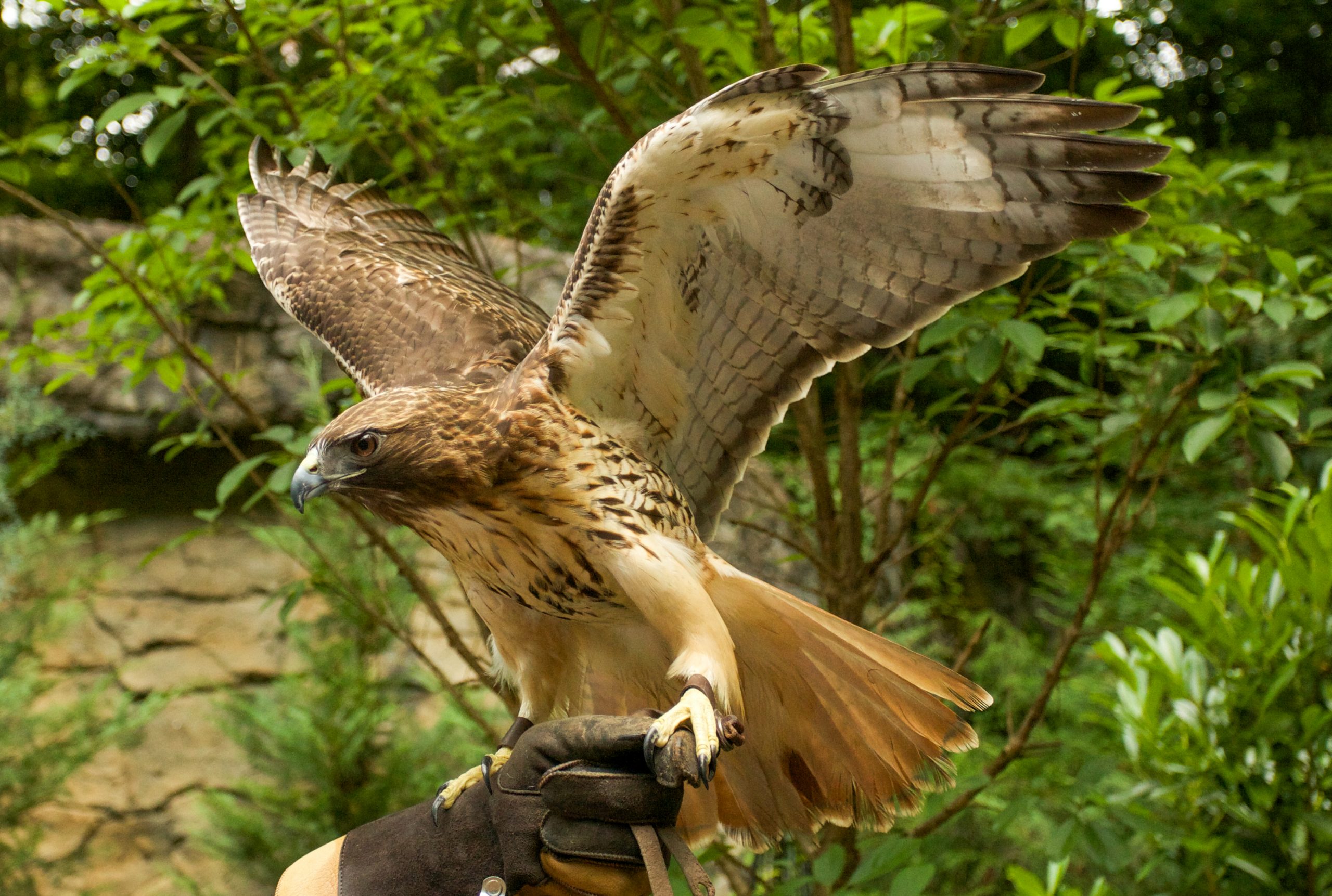 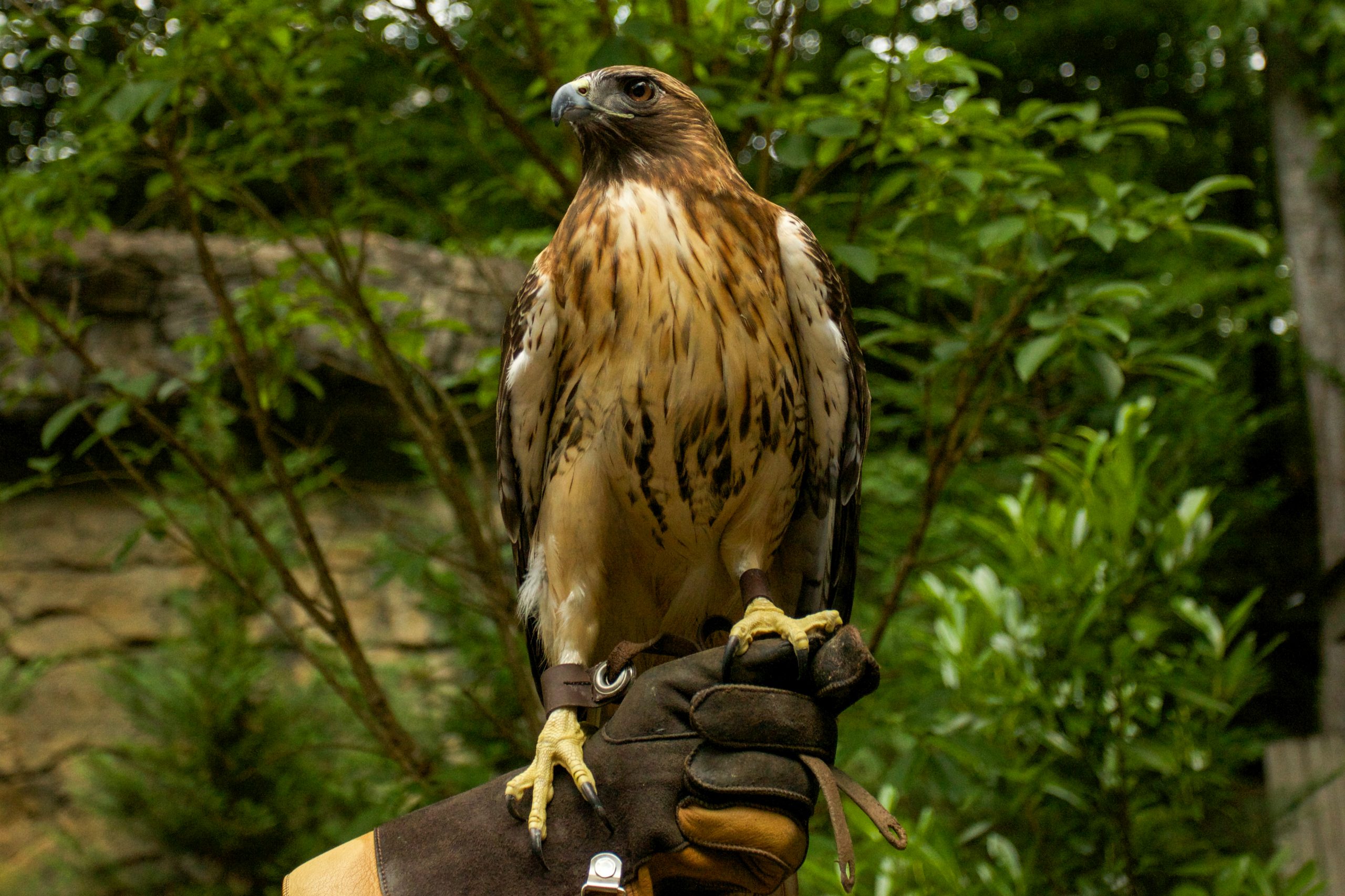 As an eyas (a baby hawk), Jesse was utilized in a science study and became human imprinted in the process. She came to the AEF when she was four months old and stepped right up to the glove without any training! She was transformed into a free-flying star at the Wings of America bird show, she likes to ‘re-arrange hair-styles’ by flying no more than a few inches above the audience members’ heads!