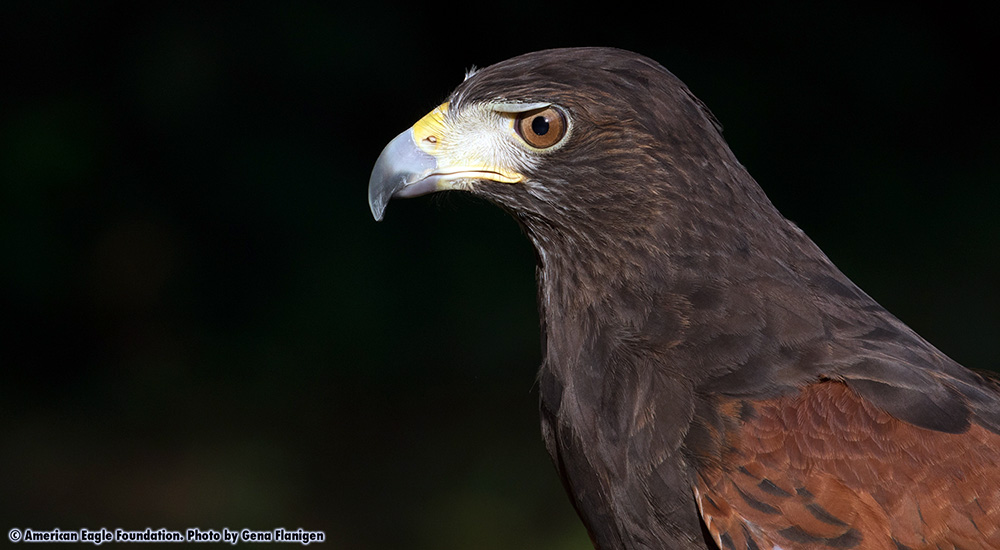 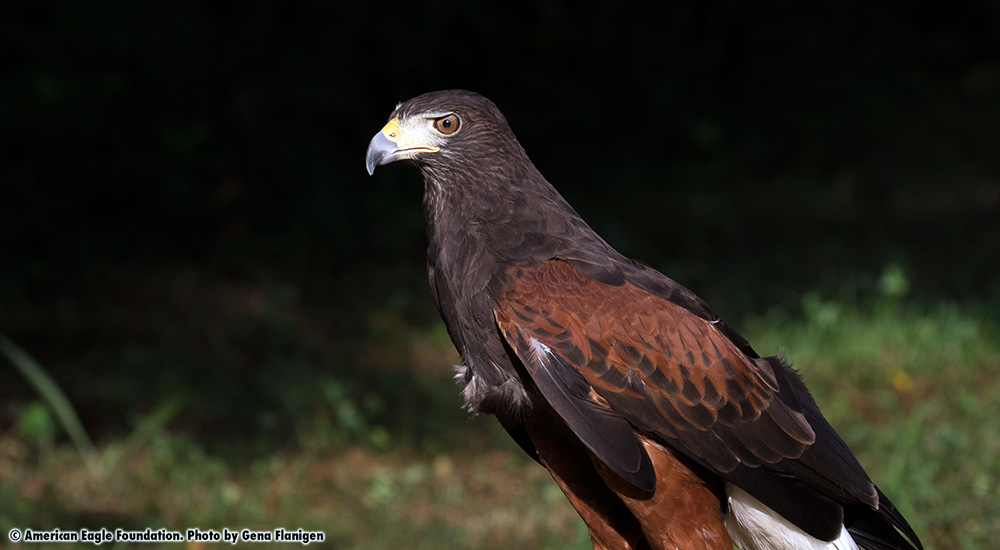 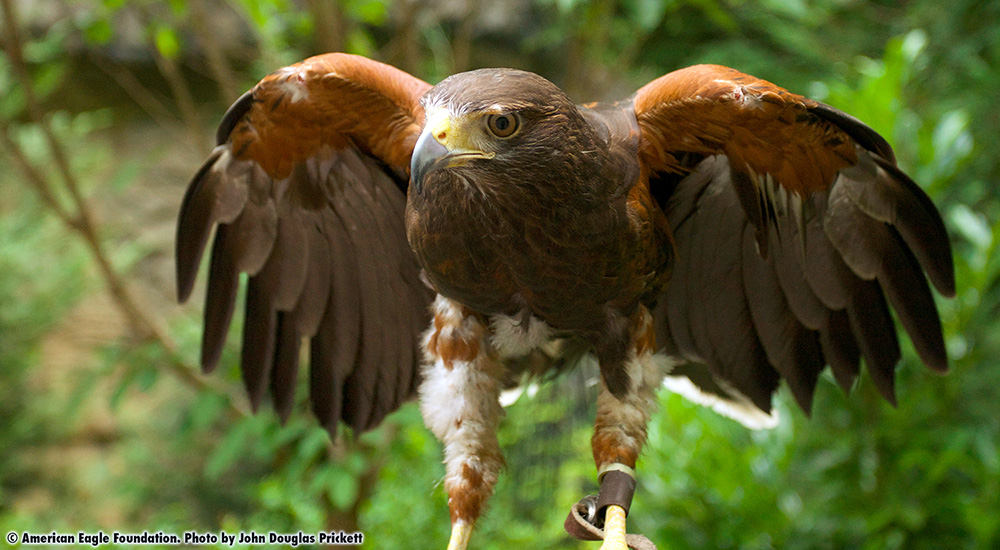 ‘Jagger’ was hatched in captivity and hand-raised, making him a human imprint. After coming to the American Eagle Foundation, he was trained to free-fly and eventually became the opening star of the Wings Over America birds of prey show. Because of his sweet disposition, he was placed with a large female name Lace to see if they would breed. Unfortunately, Lace’s eggs were infertile, so Jagger is now an ambassador for his species as an educational bird.