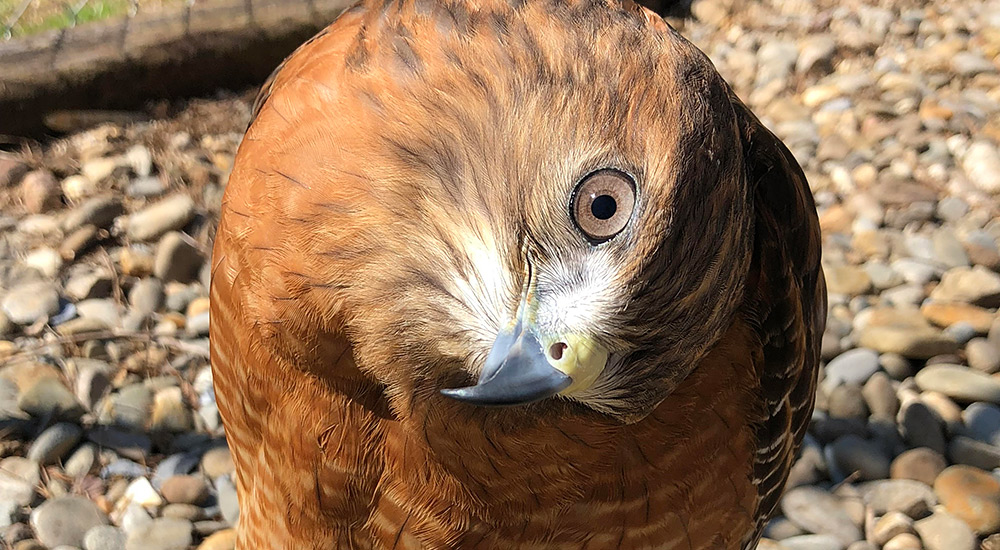 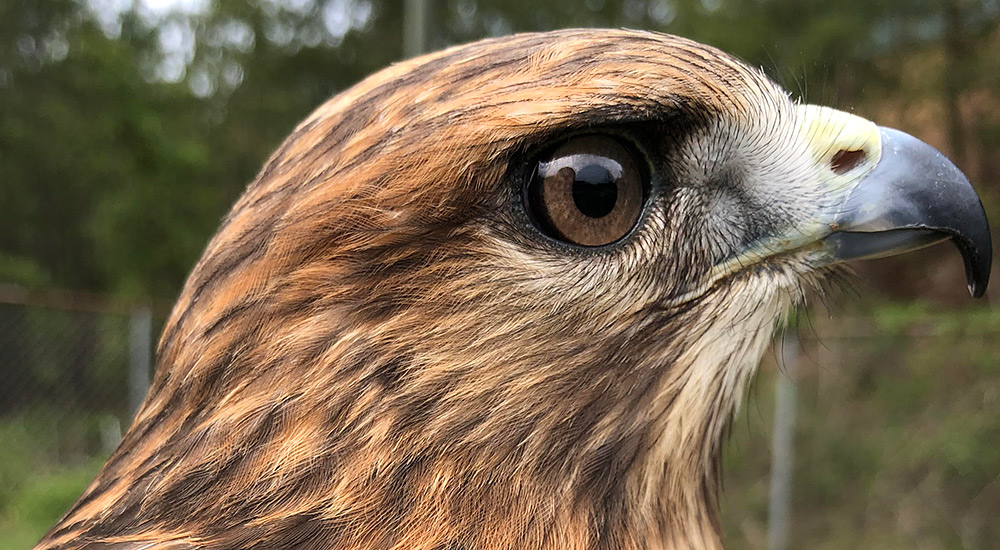 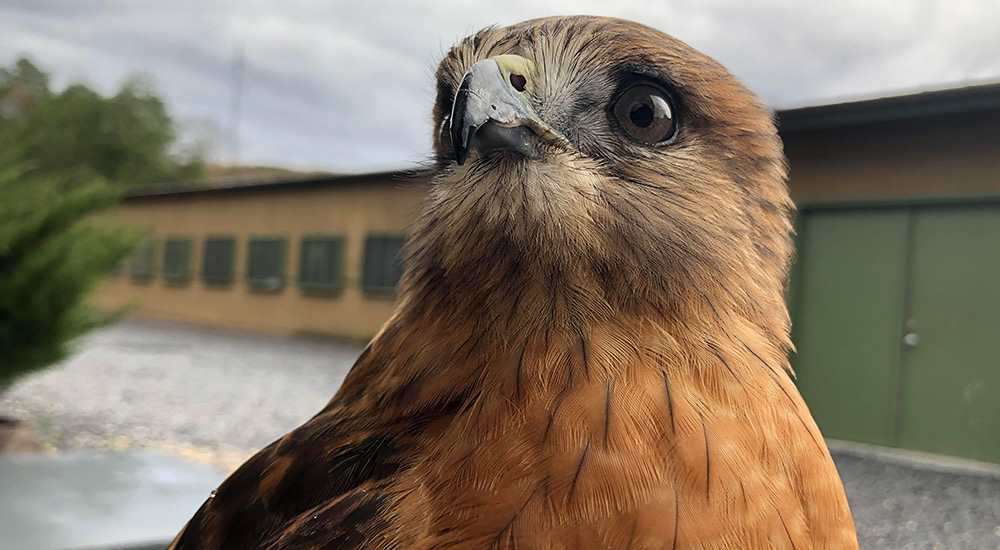 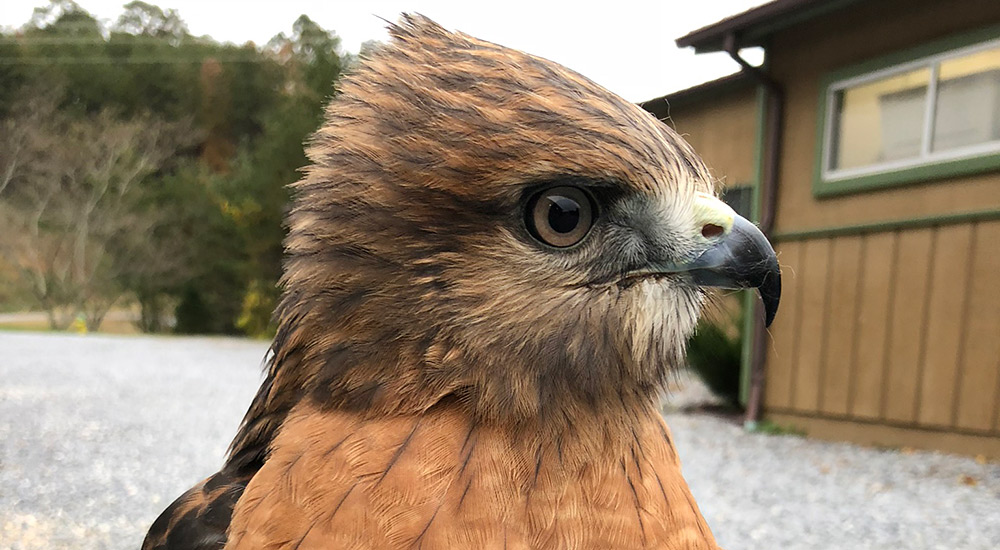 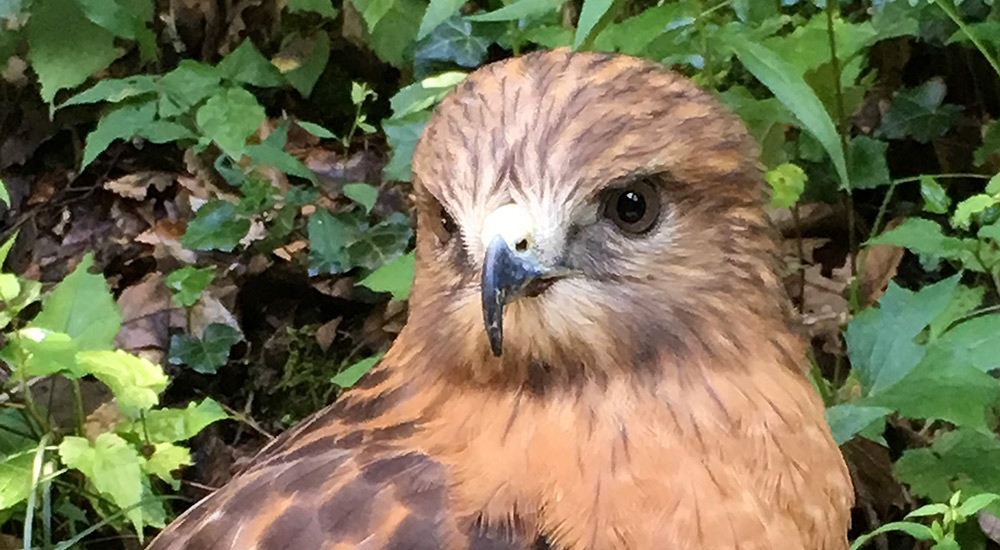 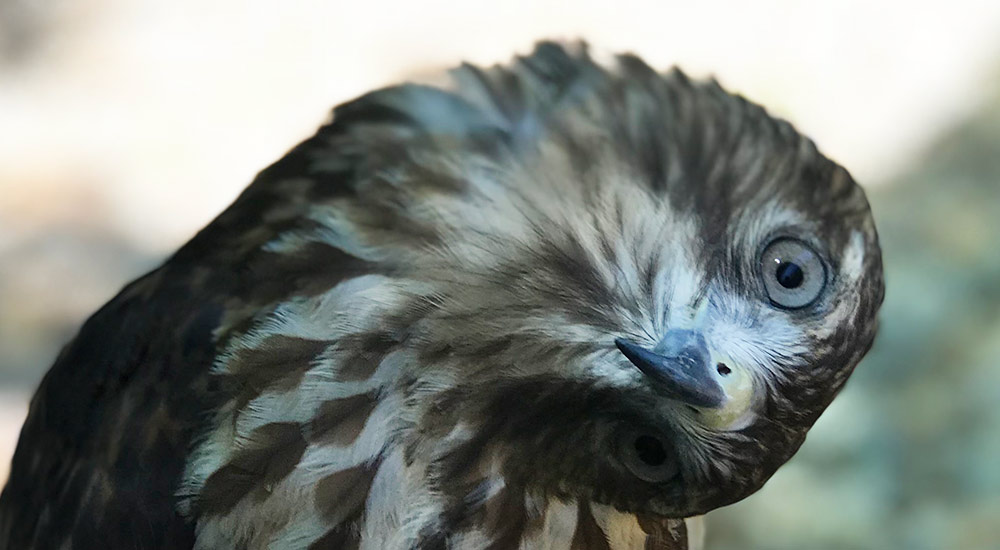 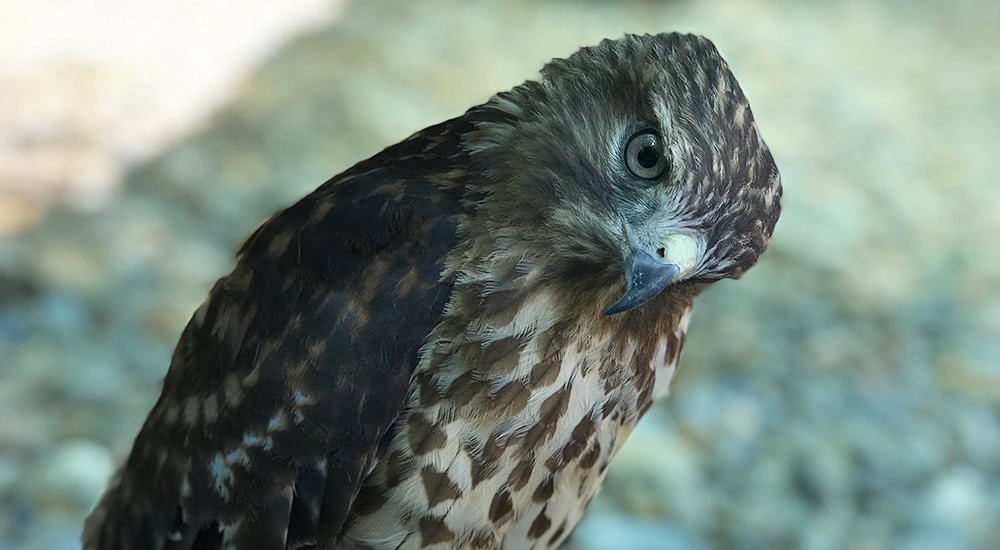 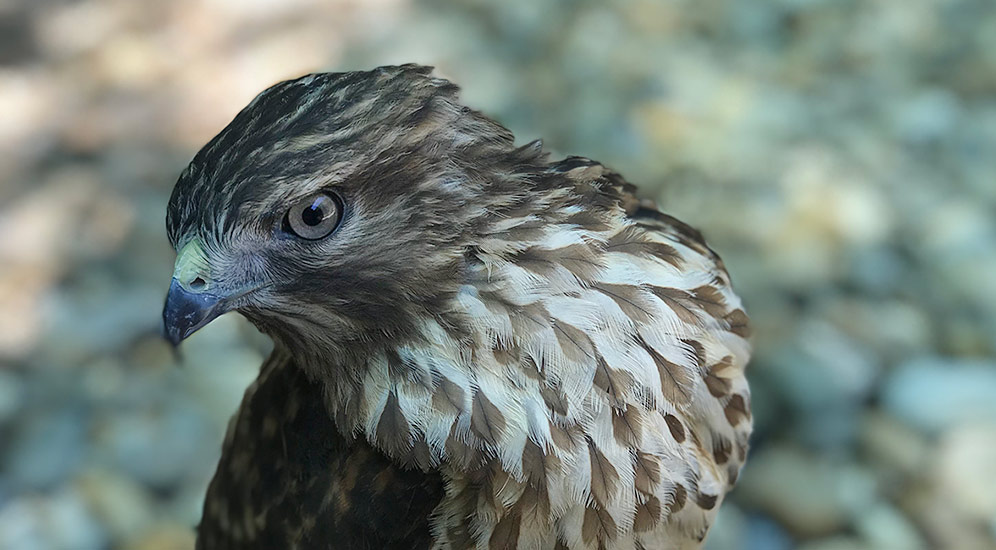 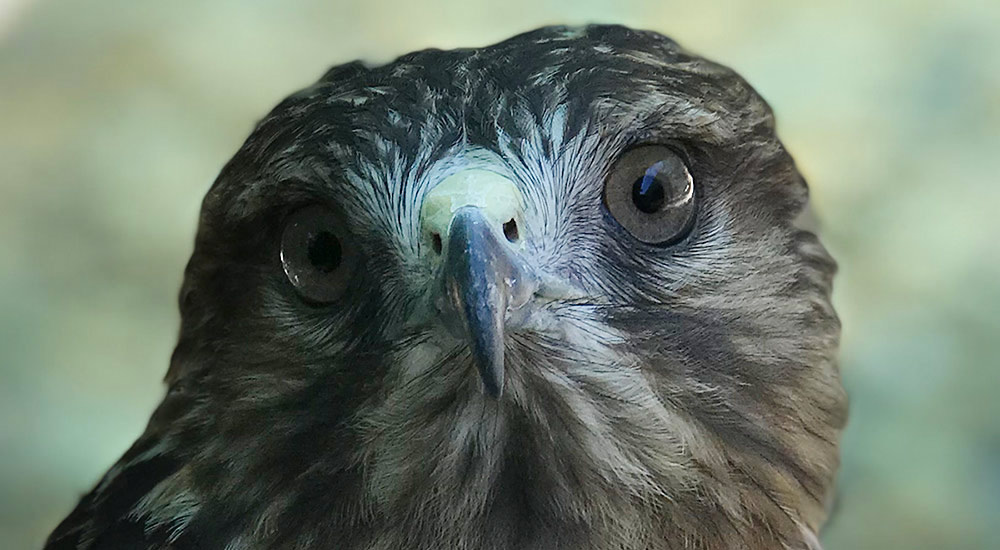 Goose is a male Red-shouldered Hawk. He has quite a unique story behind his name. When he was still in the egg, a young boy found him on the ground, and thinking the egg was a goose egg, took it home and placed it in an incubator.

When the egg hatched, however, it was definitely a hawk and not a goose!

Since Goose received so much human contact at a very young age, he became human imprinted, which means he has no idea he is a bird and instead thinks that he is a person. Though he is all brown right now, as he matures his back will turn a beautiful gray/blue color and he will develop a rusty-colored chest.

The red-shouldered hawk is a medium-sized raptor with a slim body and fairly long tail. They have broad wings which are a bit square when they are soaring. A colorful bird, they have dark and white checkered wings and a warm red barring on their breast. They love the woodlands, and are often heard before they are seen! They soar over forests or perch on tree branches or even utility wires. Although the population is considered stable in most places, deforestation is their greatest threat.

Their diet consists of small mammals, amphibians, and reptiles.

HEAR THE SOUND OF A RED-SHOULDERED HAWK