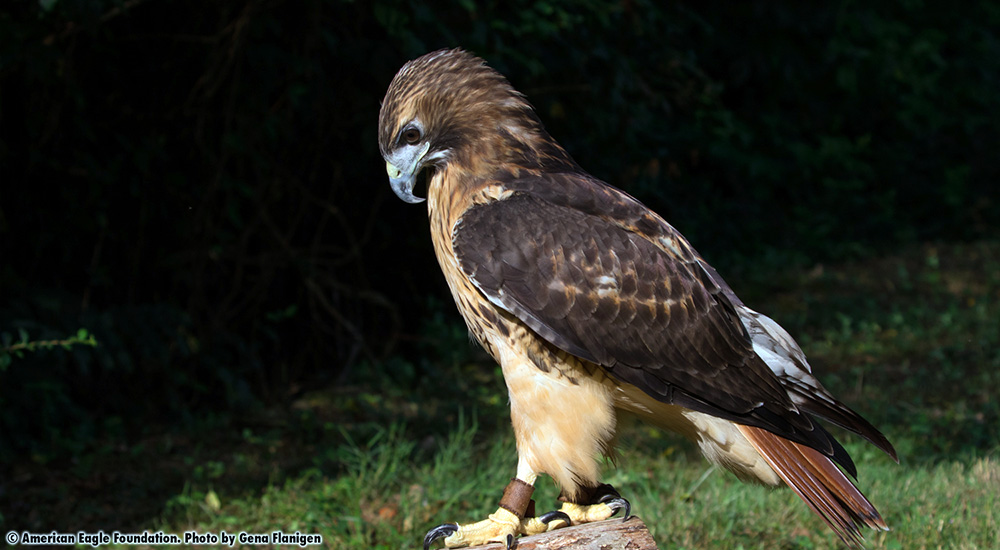 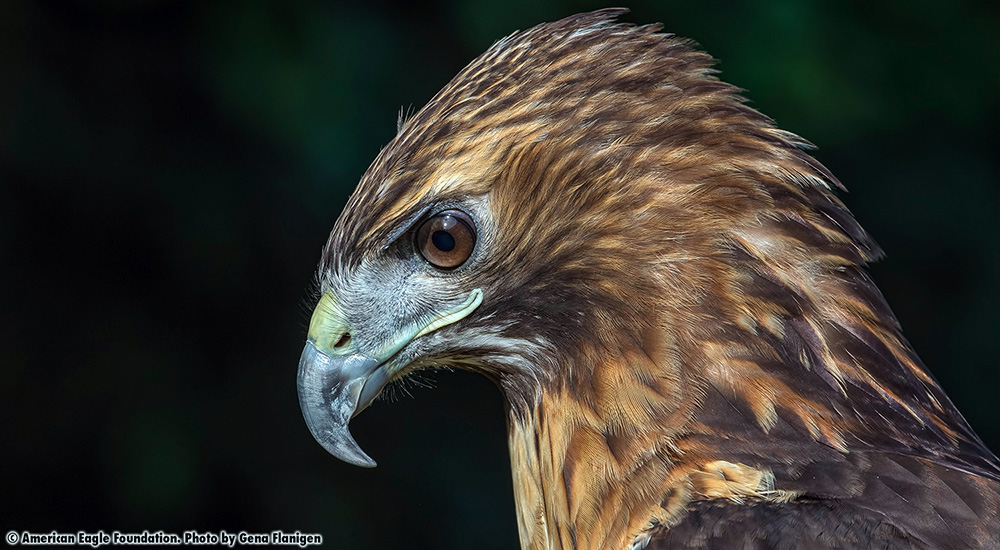 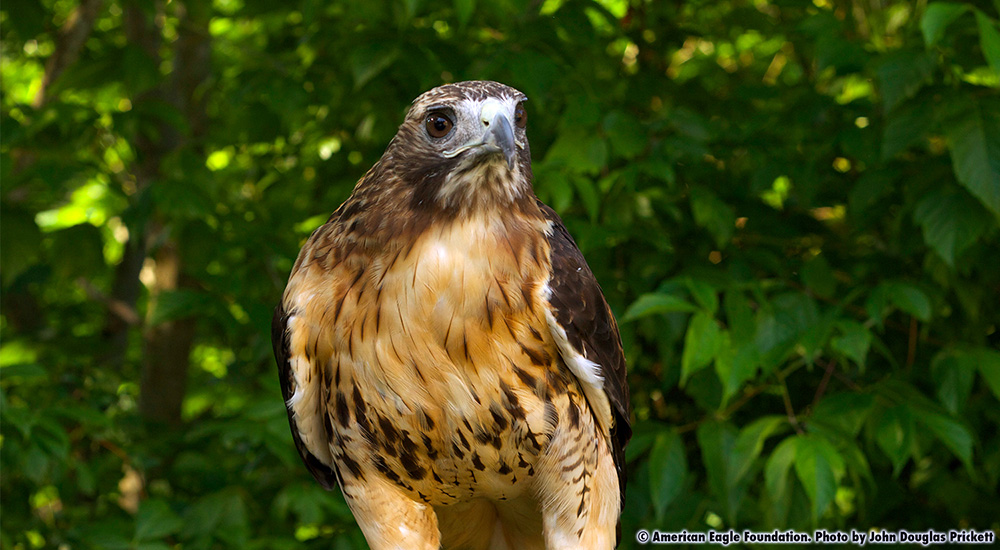 During her first year of life, ‘Dolly’ became entangled in a barbed wire fence and suffered trauma to her right wing. She came to the American Eagle Foundation in 2012 for rehabilitation, but unfortunately regained only partial flight capabilities.