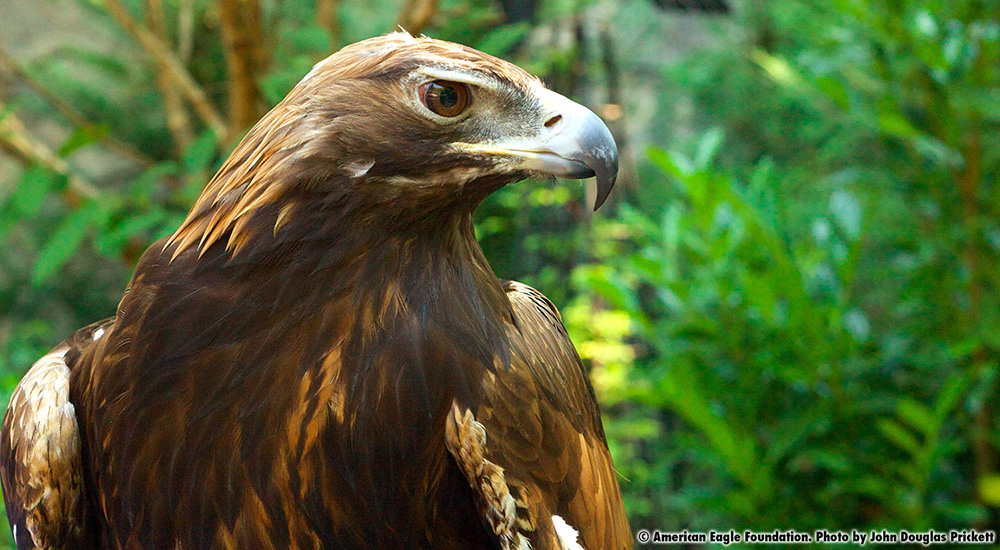 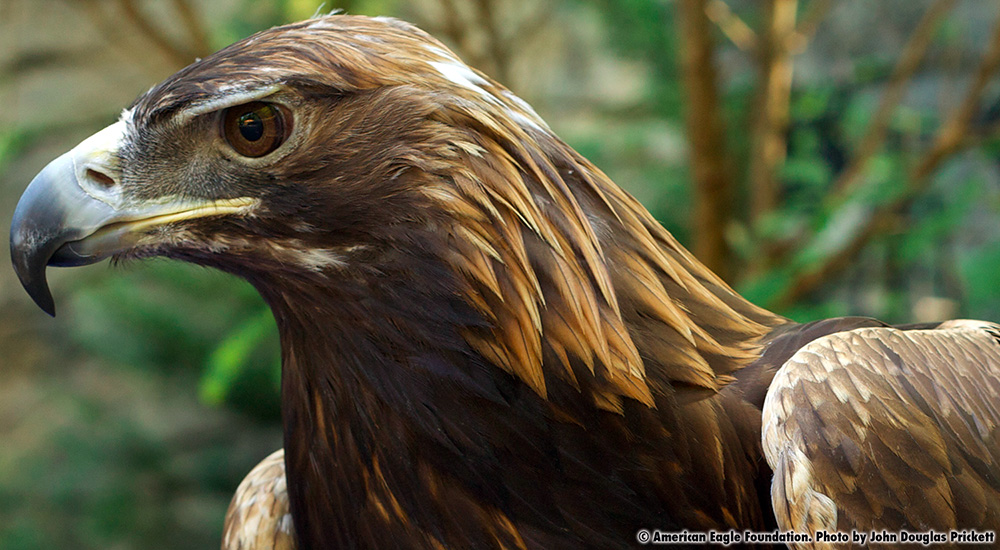 Tecumseh was hatched at the Topeka Zoo in Kansas and was then transferred to the Akron Zoo in Ohio where he lived a rather uneventful life in an exhibit. In 1995, he was sent to the American Eagle Foundation and began a new life of training and making public appearances. He is currently, and has been for years, a star at the Wings of America Birds of Prey Show.

The Golden Eagle gets its name from the beautiful golden colored feathers found on the back of its head and neck.  They are the most common type of eagle found on every continent in the northern hemisphere.  A strong and powerful flyer, they delight in soaring through gale force winds and have been known to climb thermal updrafts up to four miles high.

They’re cunning, intelligent and bold—diving in from the sun to blind their prey and using stealth-like tactics to cut off its means of escape. Golden Eagles are fierce and strong hunters. They have an unbelievable 1200 pounds of crushing power per square inch in each foot!