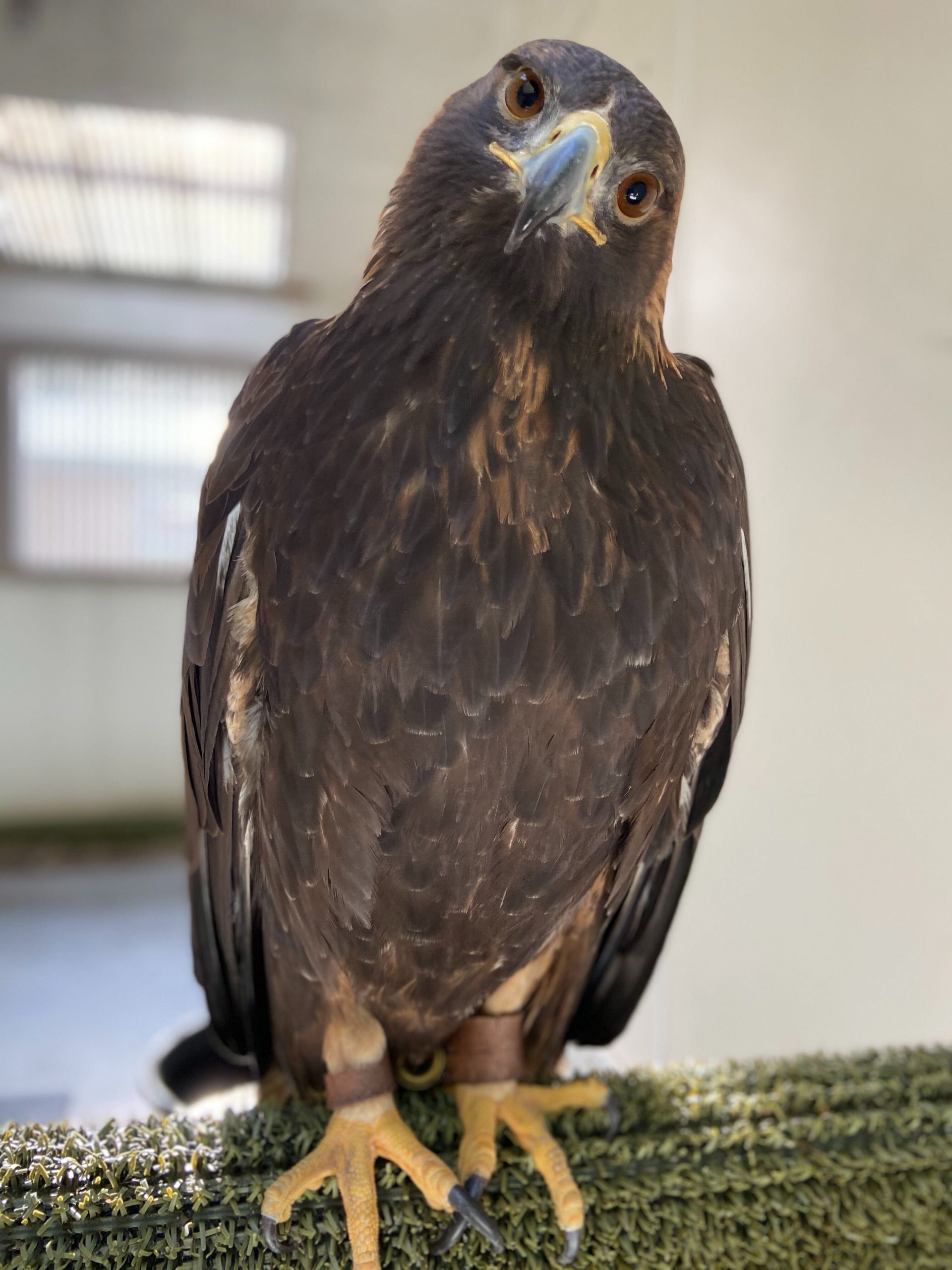 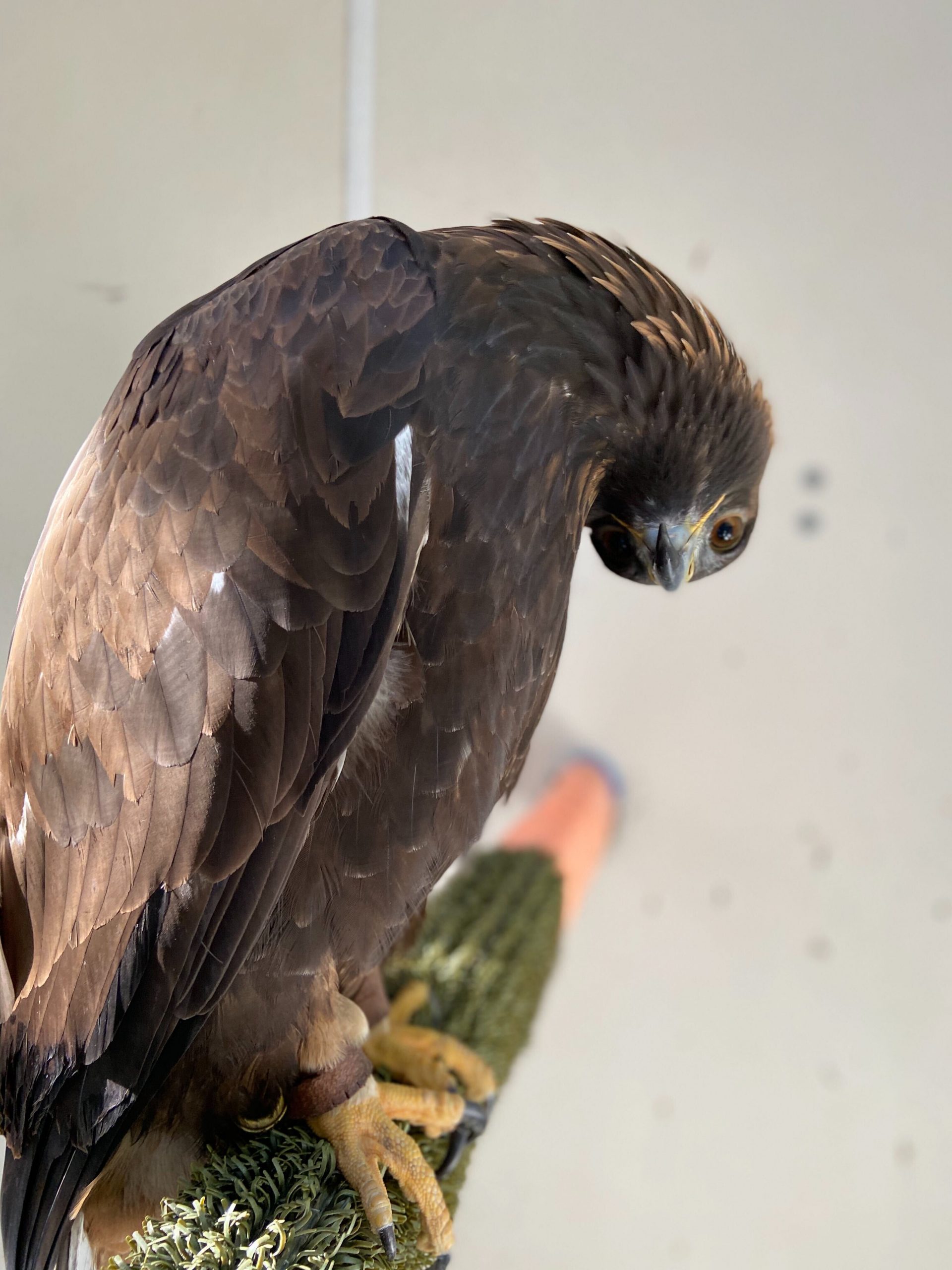 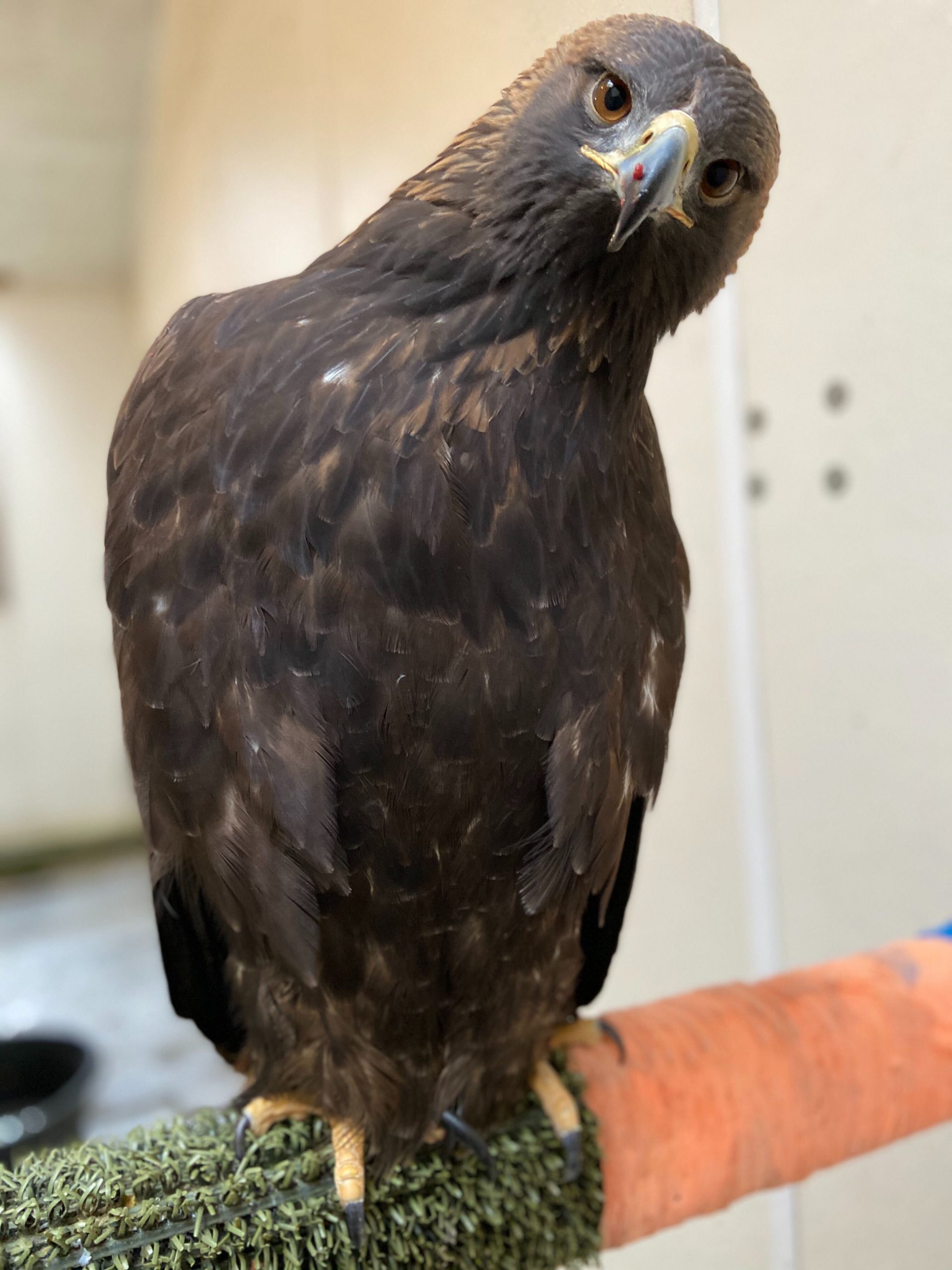 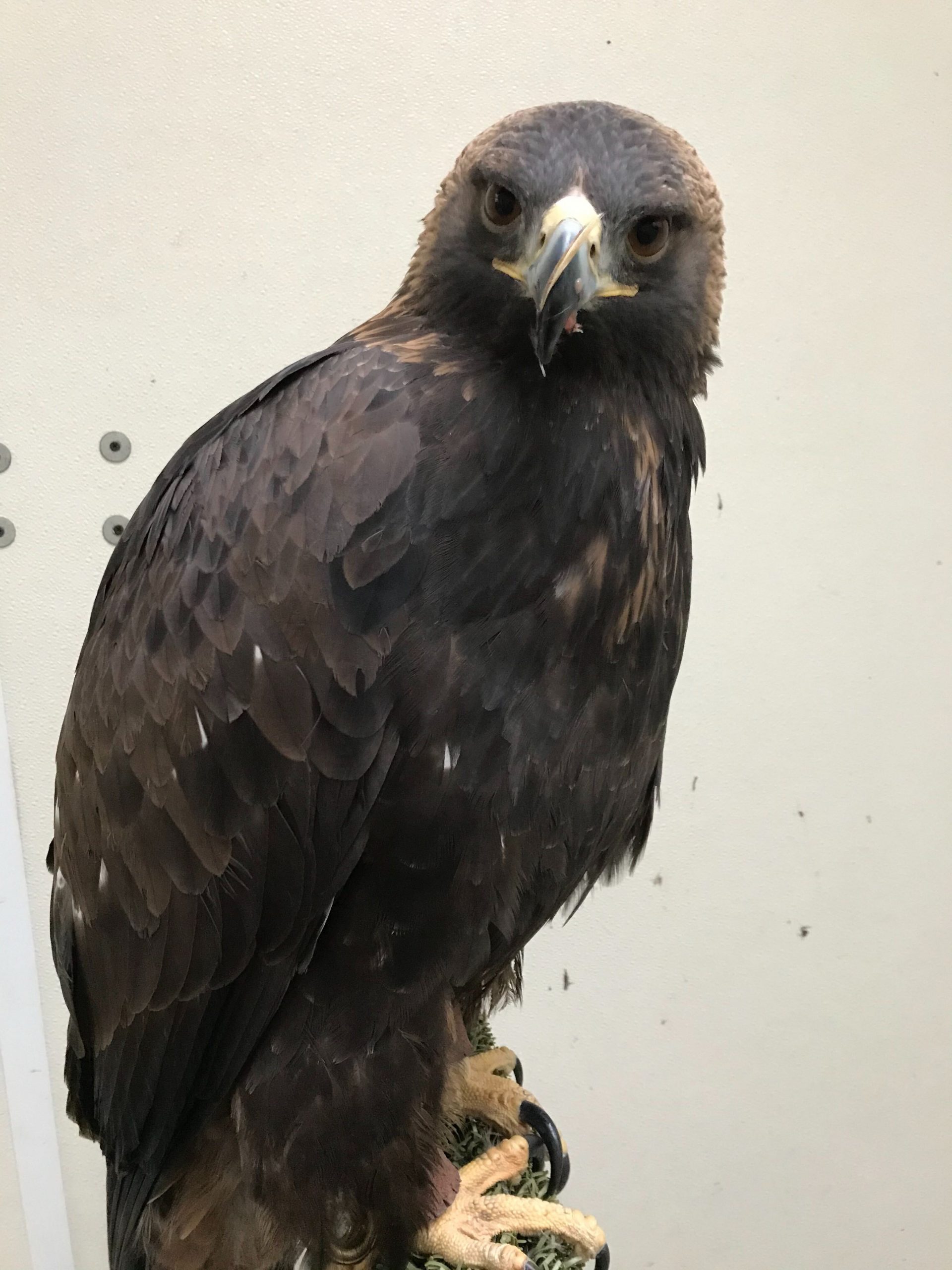 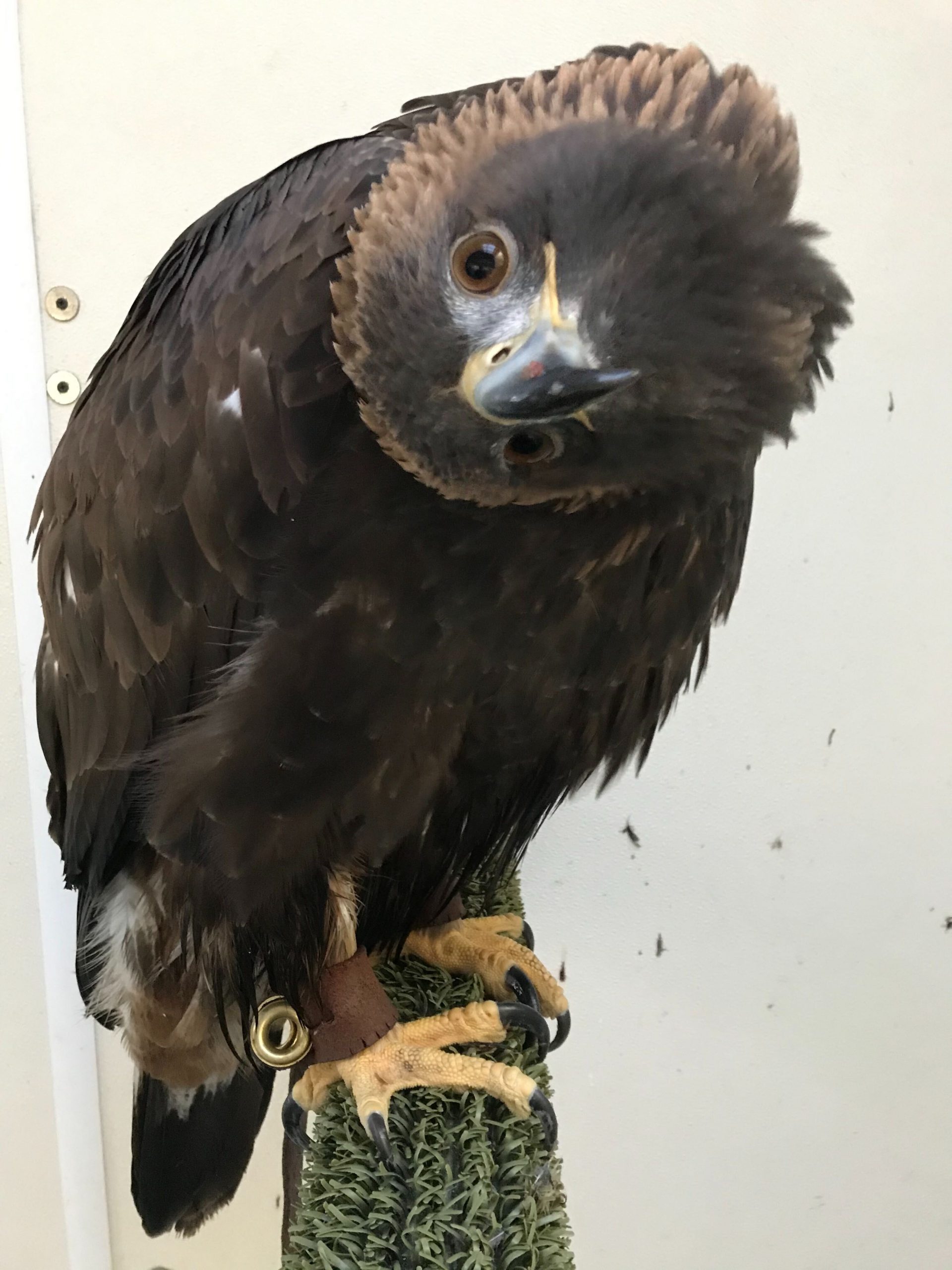 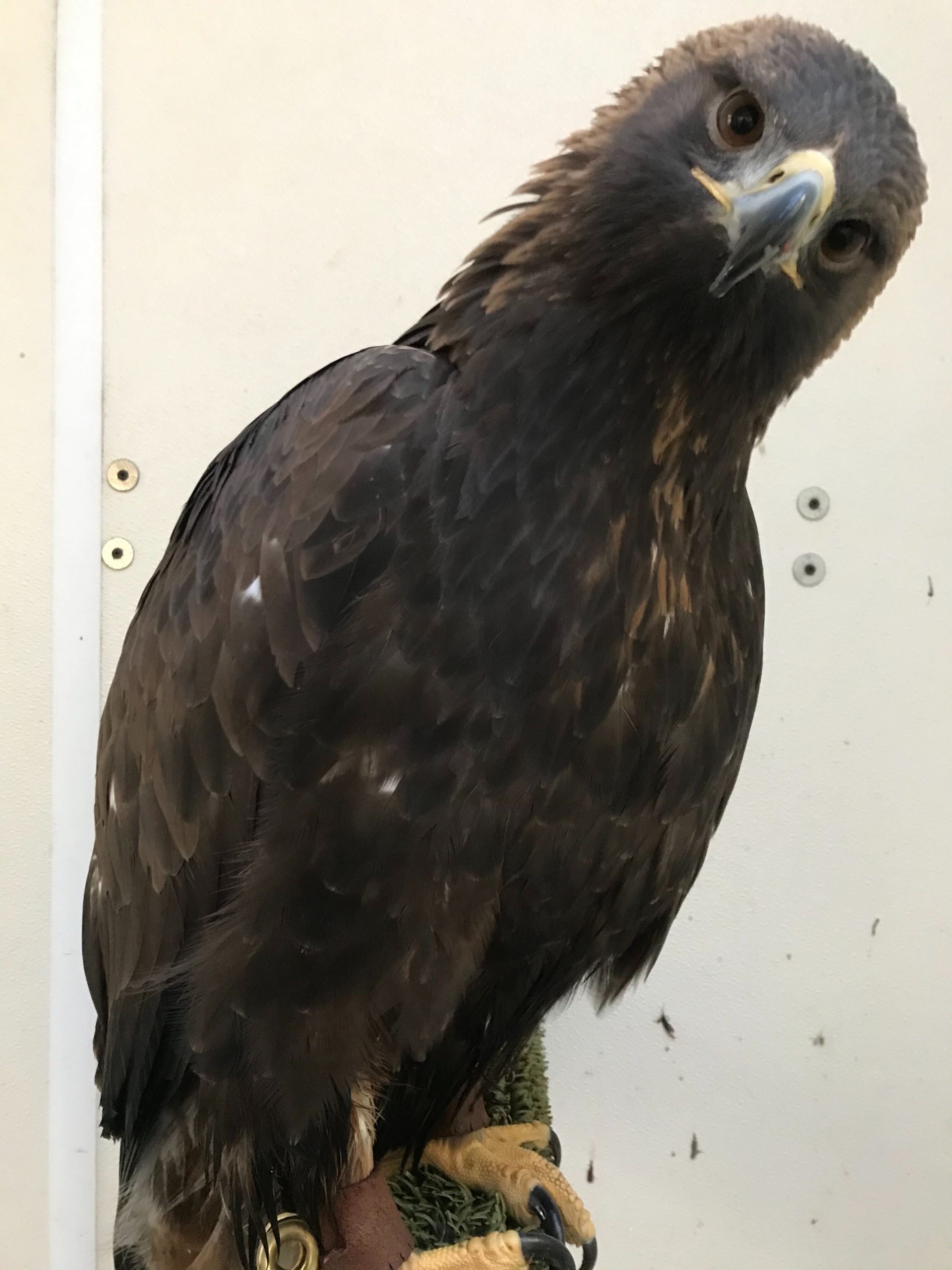 Everest arrived at Ironside Bird Rescue, Inc. in Cody, WY for rehabilitation in August of 2018. Everest was believed to be in his first year (a 2018 hatch). He was showing symptoms of West Nile Virus and remained in rehab for a few months. After Everest had regained his strength, he was sent to a falconer to undergo flight and hunting training to prepare him for release back into the wild. While with this trainer, Everest showed no interest in flying to a lure and he was unresponsive to live prey. After three months of this it was determined releasing Everest would likely not be in his best interest, as he seemed to lack the ability to hunt on his own. Everest arrived at American Eagle Foundation in October of 2019. Here he is undergoing training with our avian care team to become an educational ambassador. Everest is a stunning bird and is very mild-mannered. He often greets his trainers with adorable head tilts! We are excited to see what the future holds for this gorgeous guy!

The Golden Eagle gets its name from the beautiful golden colored feathers found on the back of its head and neck.  They are the most common type of eagle found on every continent in the northern hemisphere.  A strong and powerful flyer, they delight in soaring through gale force winds and have been known to climb thermal updrafts up to four miles high.

They’re cunning, intelligent and bold—diving in from the sun to blind their prey and using stealth-like tactics to cut off its means of escape. Golden Eagles are fierce and strong hunters. They have an unbelievable 1200 pounds of crushing power per square inch in each foot!