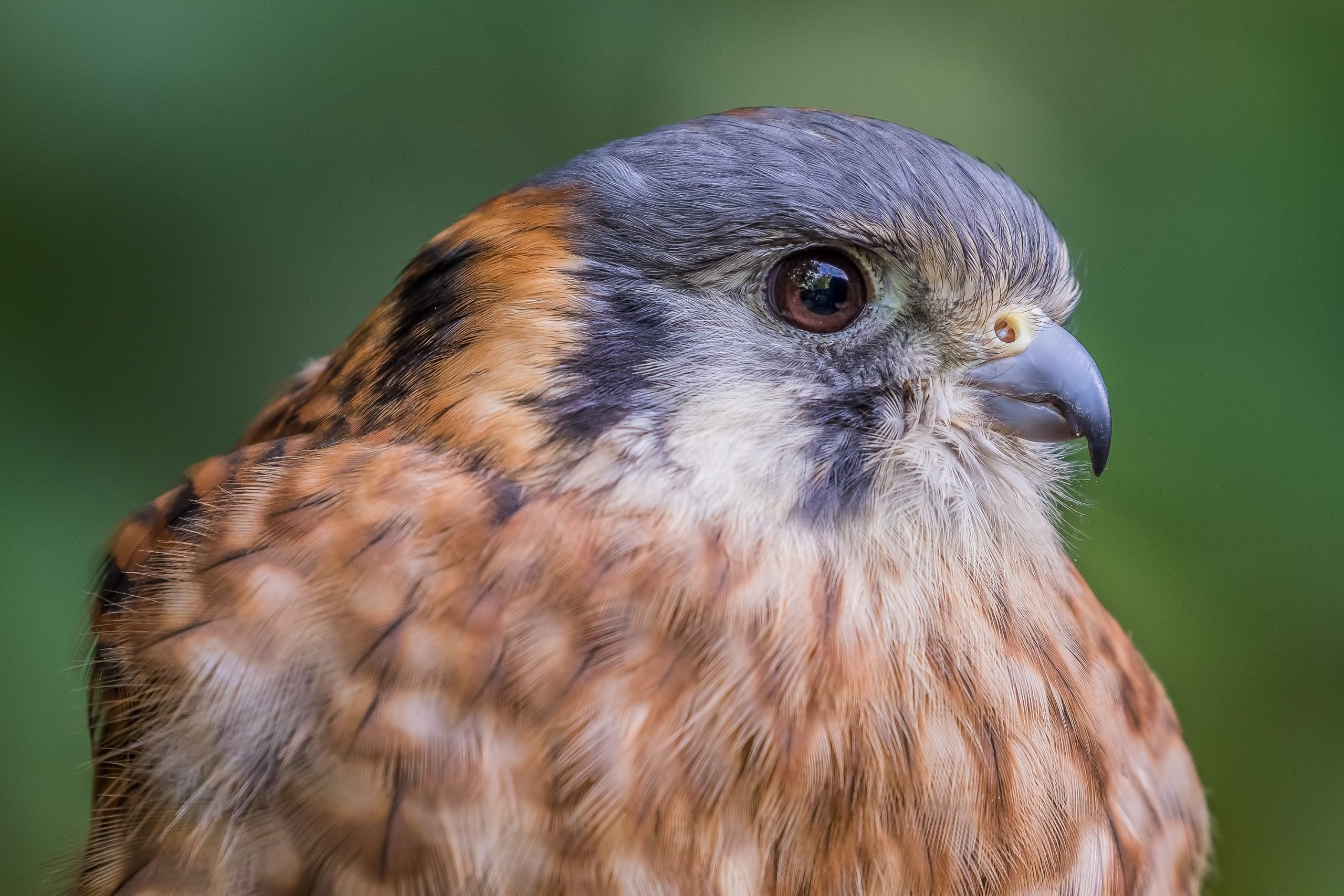 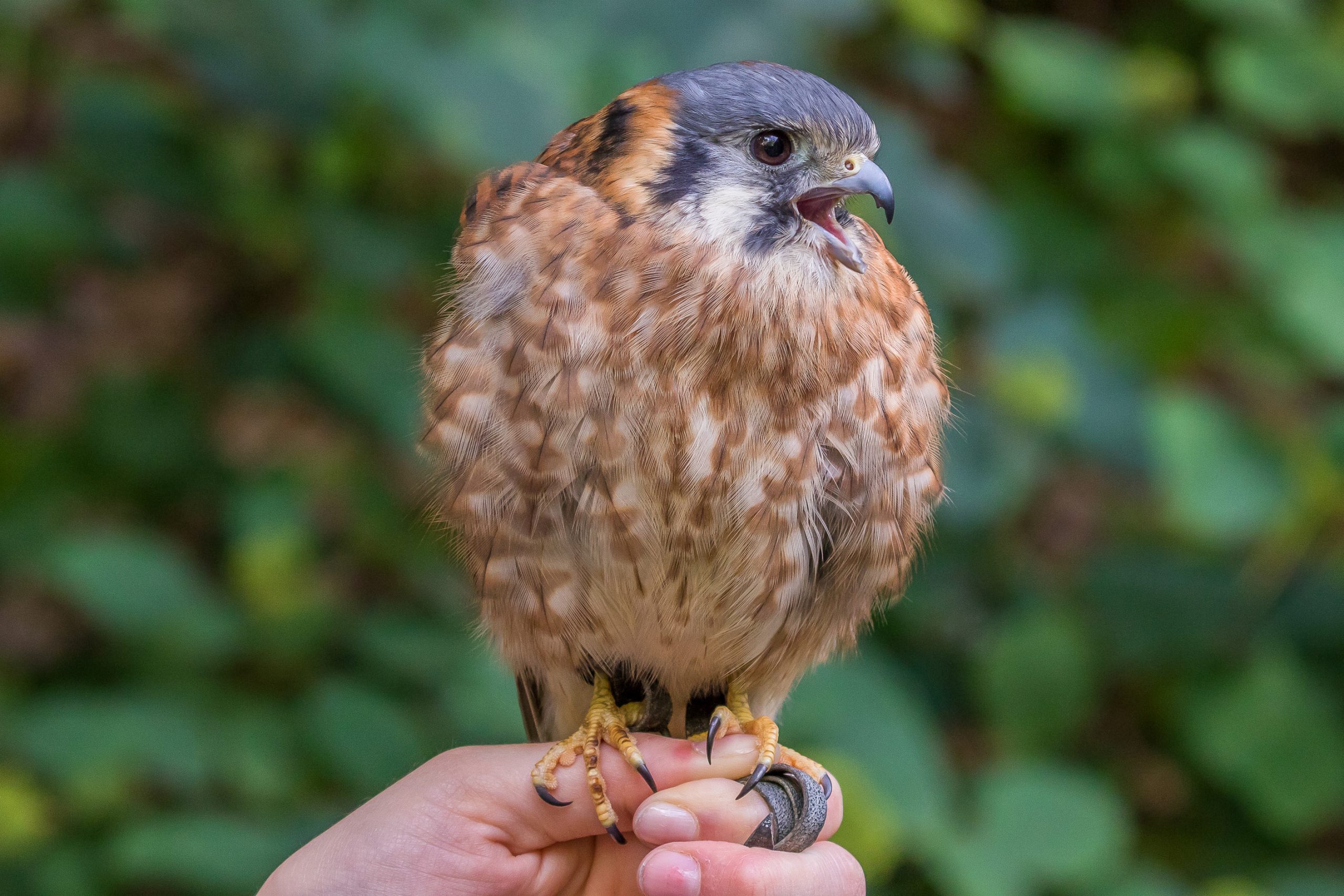 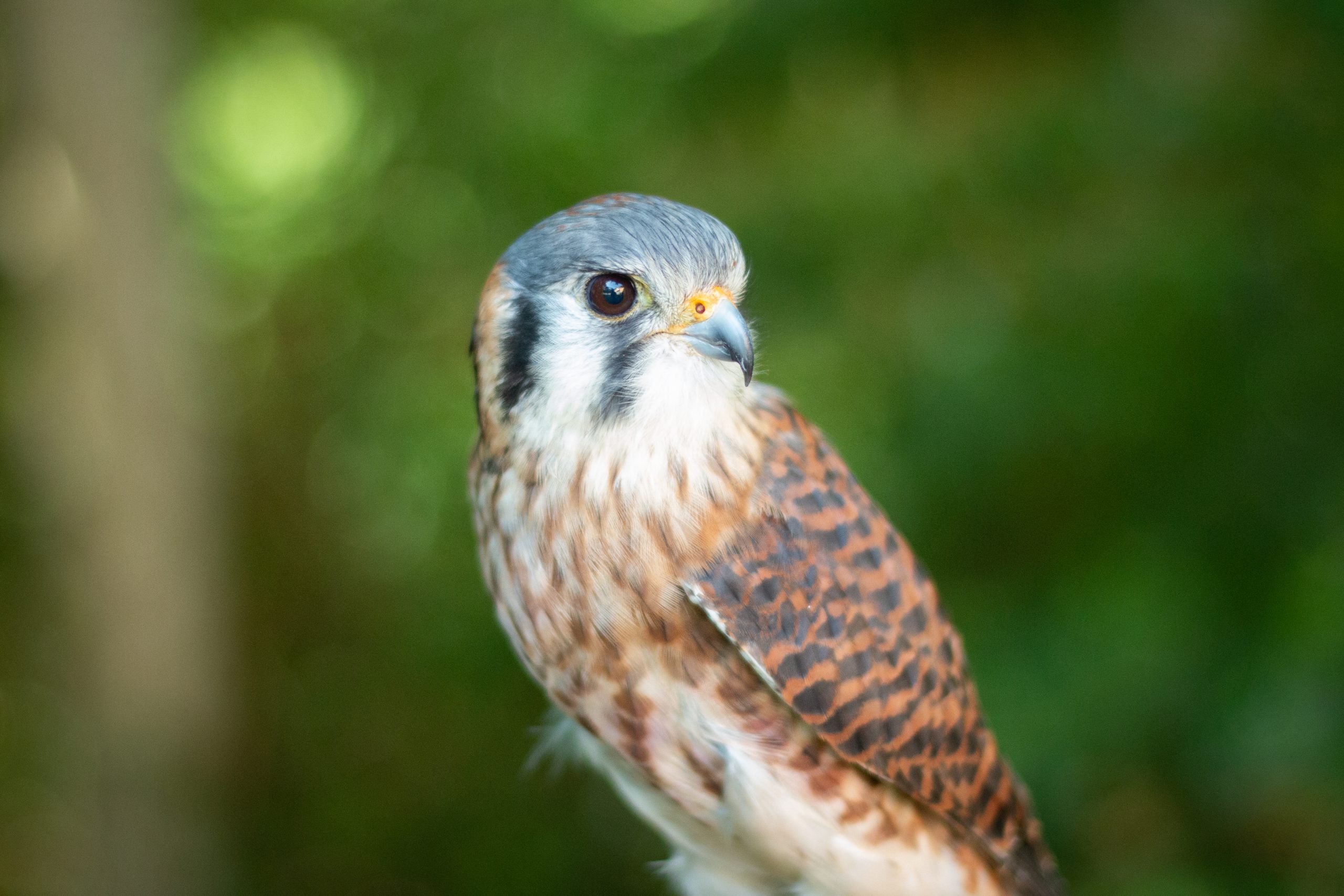 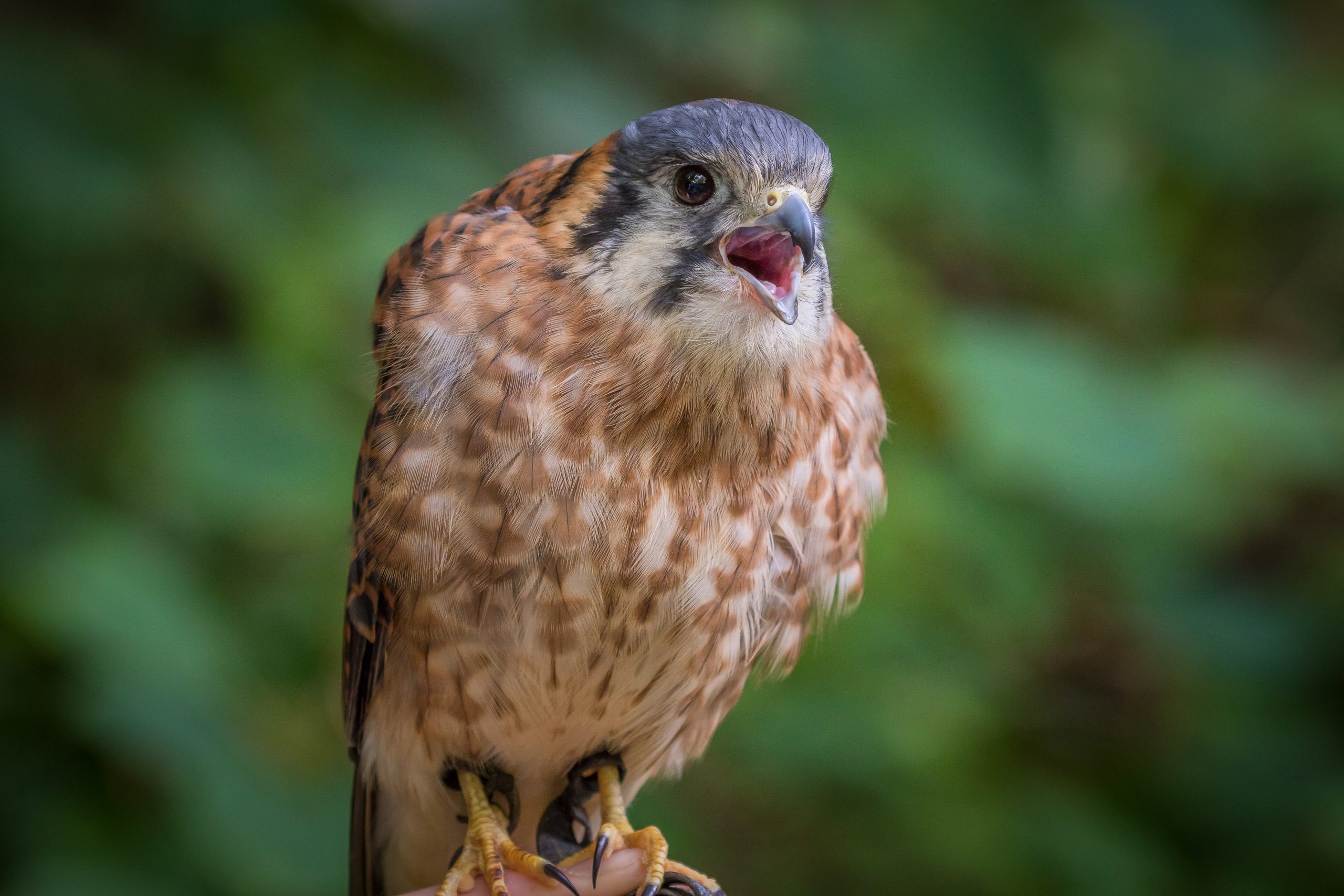 Aleda, (which means ‘winged’) hatched in 2010. She came to the American Eagle Foundation from the Medina Raptor Center in January of 2011. Aleda is a human imprint. She can be seen flying at the ‘Wings of America’ birds of prey show at Dollywood. She is by far one of the most vocal birds you will meet at the AEF.

The females are slightly larger with reddish-brown wings. The males have bluish-gray wings.

The black marks under Kestrel’s eyes are called ‘mustache marks.’ They work like the black paint athletes use under their eyes to block the reflective glare of the sun.

They eat small birds, insects, mice and other tiny creatures. They perch over fielded areas, wait for their prey, begin to hover over their meal, and then fly down to catch it. The Kestrel has the unique ability to see ultraviolet light. Since mice have weak bladders—and since urine reflects ultraviolet light—the mice practically leave Kestrels a road map straight to their next meal!

They are incredibly fast birds and have been known to dive at speeds of 60 -100 mph.

The American Kestrel, or Sparrow Hawk as it is sometimes called, is the smallest Falcon in the United States. Weighing an average of 3 to 6 ounces they aren’t much larger than the typical songbird and often go unnoticed in the wild. When viewed up close it is easy to tell that these birds are in fact falcons and not songbirds, but it is more difficult to identify them when viewed from a distance. American kestrels hunt mainly insects and mice and can often be spotted perching on power lines and in trees near open fields. One trick to quickly discern the perching American kestrel from the average song bird is to watch the head and tail. American kestrels rarely sit perfectly still – they are often seen bobbing their heads as well as their tails in an up and down motion while searching for their next meal. The bobbing of the head is thought to improve their vision, while it is unknown the exact reason for the tail movement, aside from aiding in balance. Our American Kestrel, Aleda demonstrates both behaviors in this video.