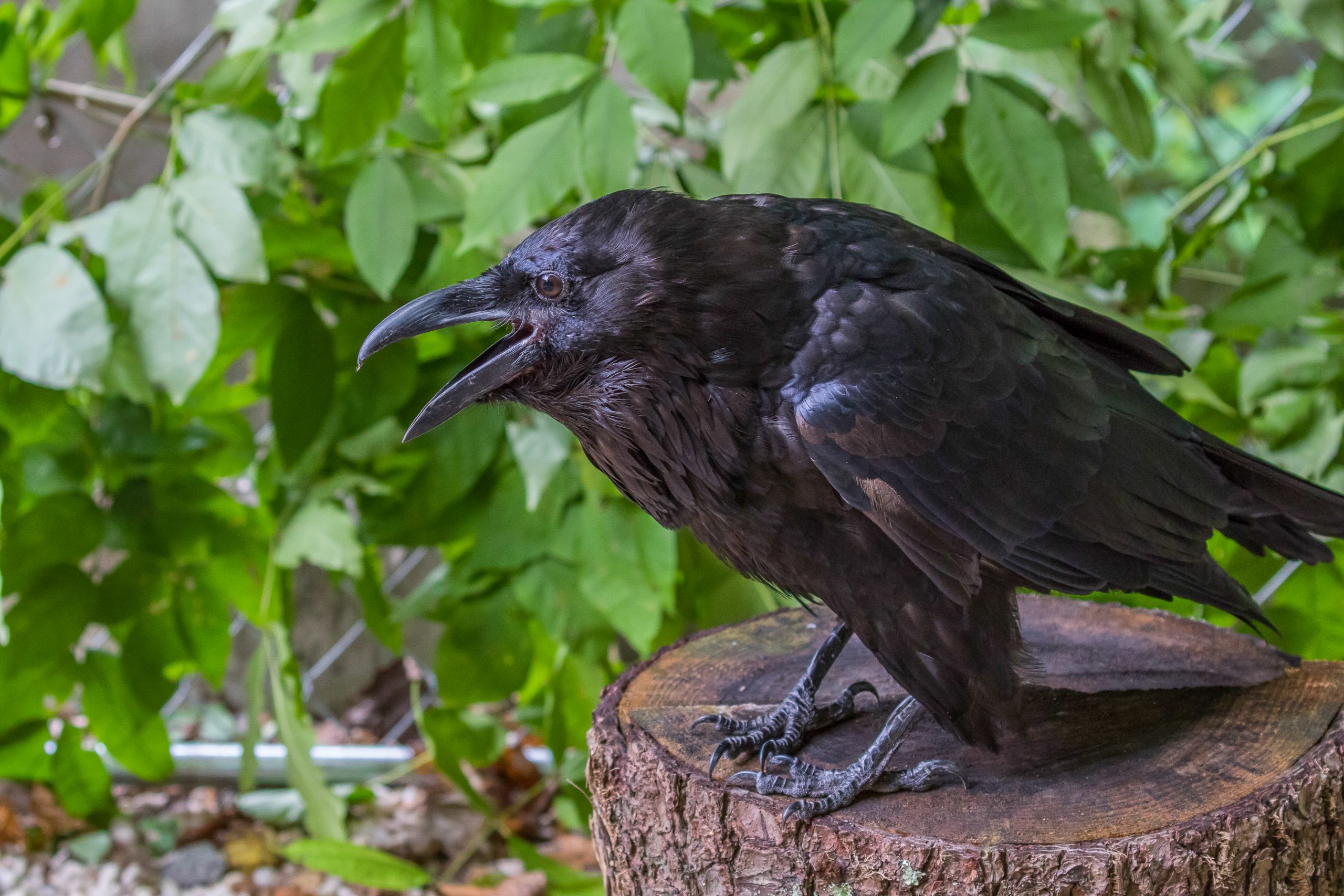 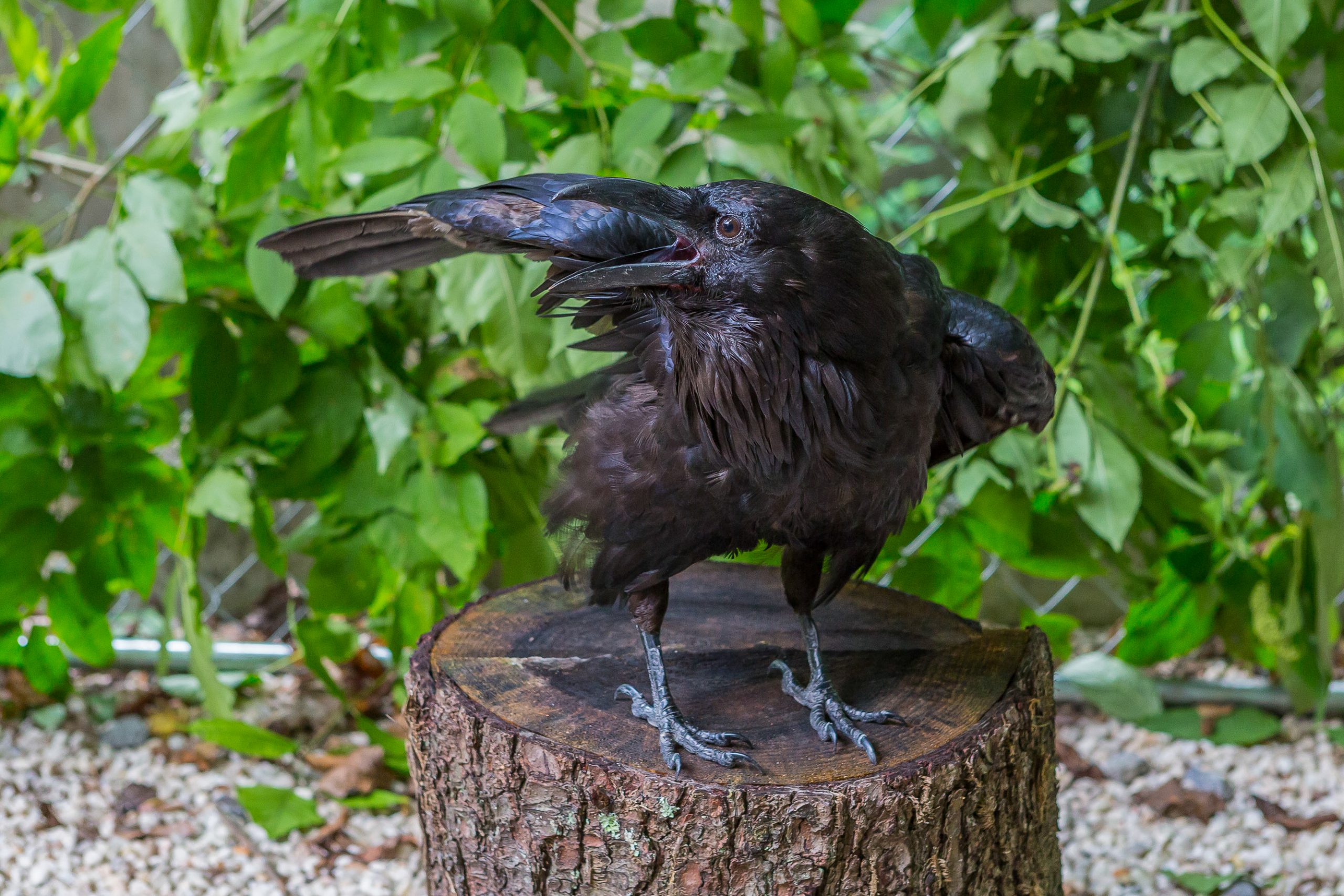 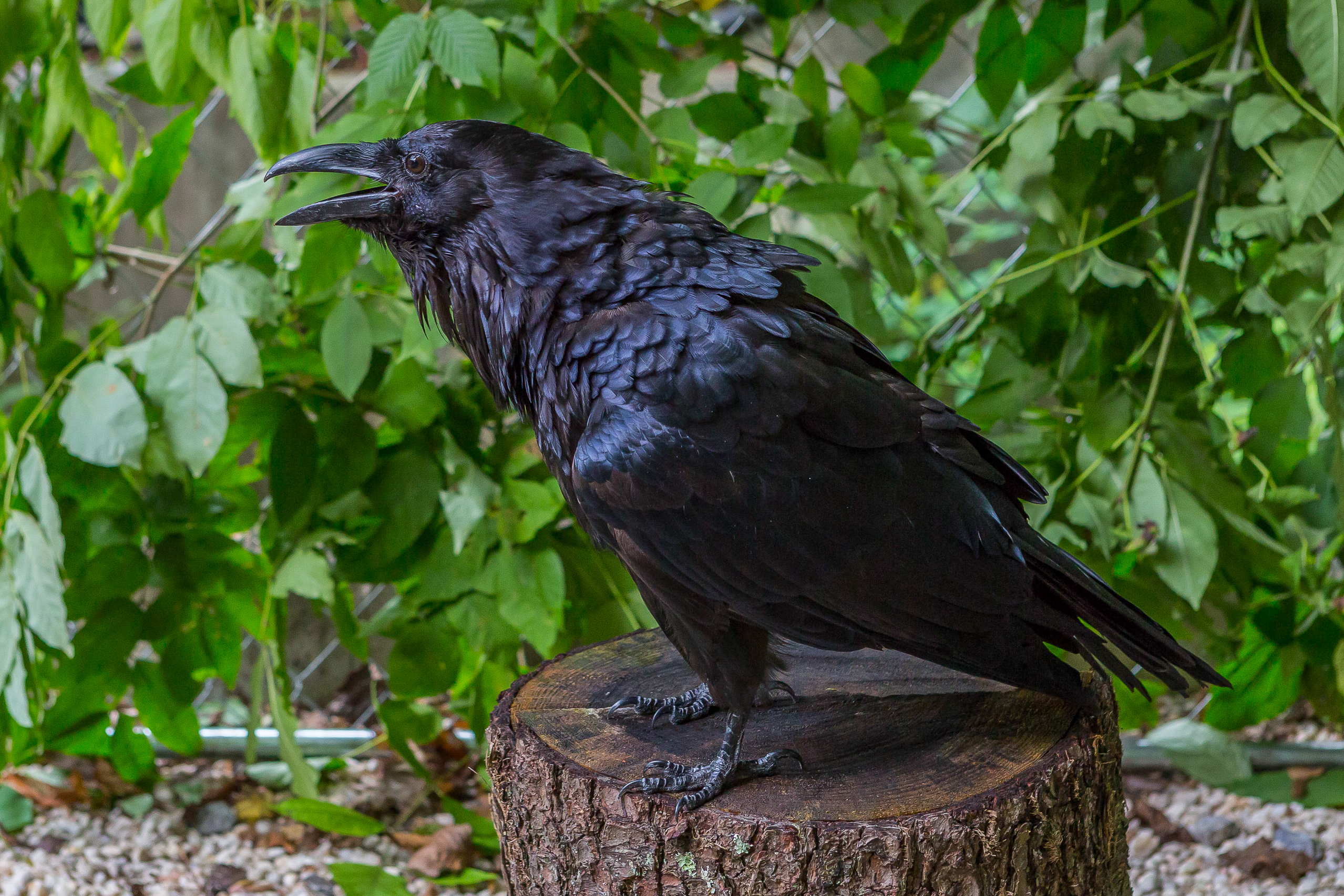 Poe came to the American Eagle Foundation in 2009. We are unsure of his age because he was full grown when he was brought into captivity from Balsam Mountain Trust in North Carolina. Poe is non-releasable because of a previous wing injury that has permanently impaired his flight. He is also a human imprint.

The raven is part of the Corvid family, which is thought to be the smartest of bird groups. They are easily trained and have been known to solve problems in different situations, sometimes using tools to do so.