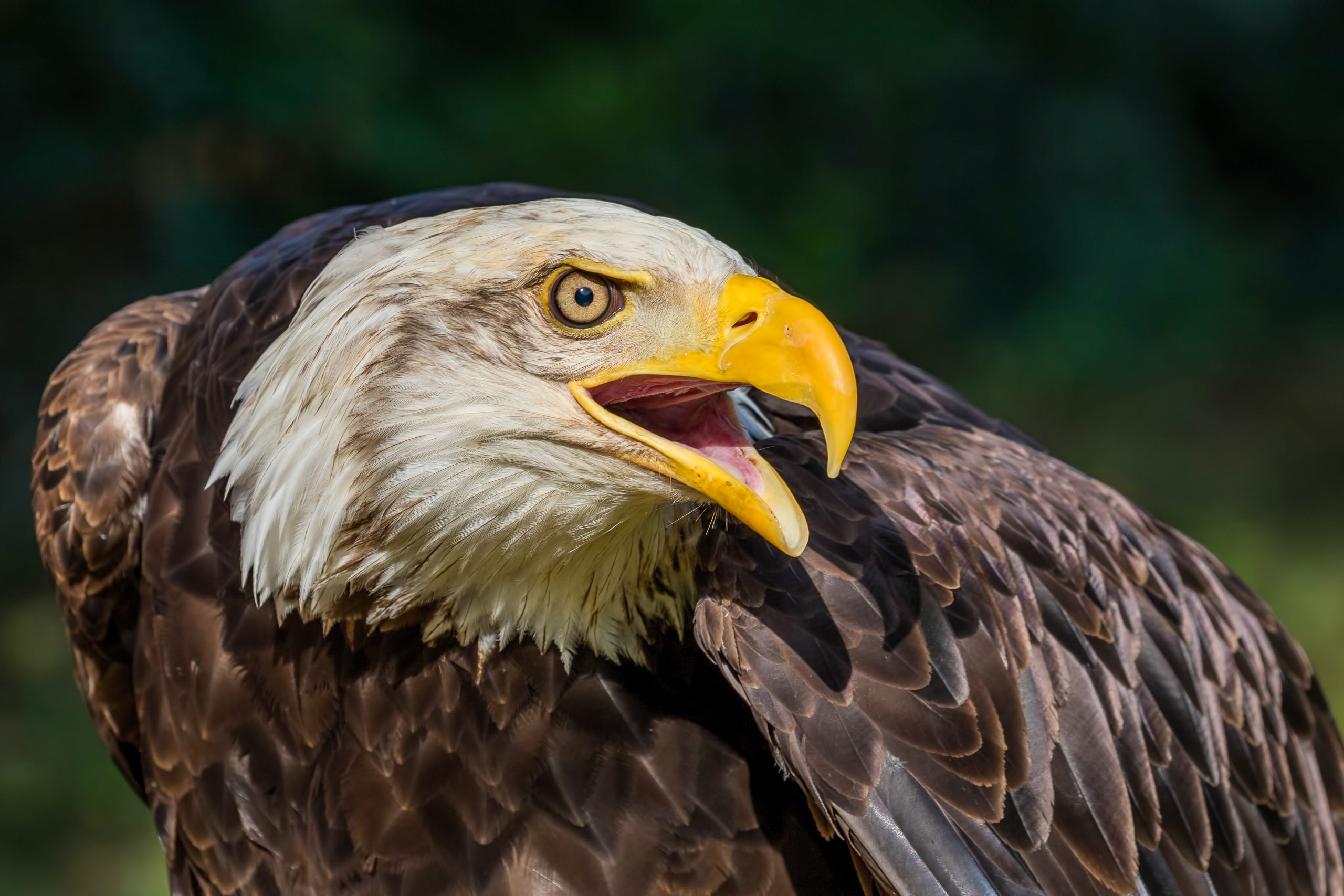 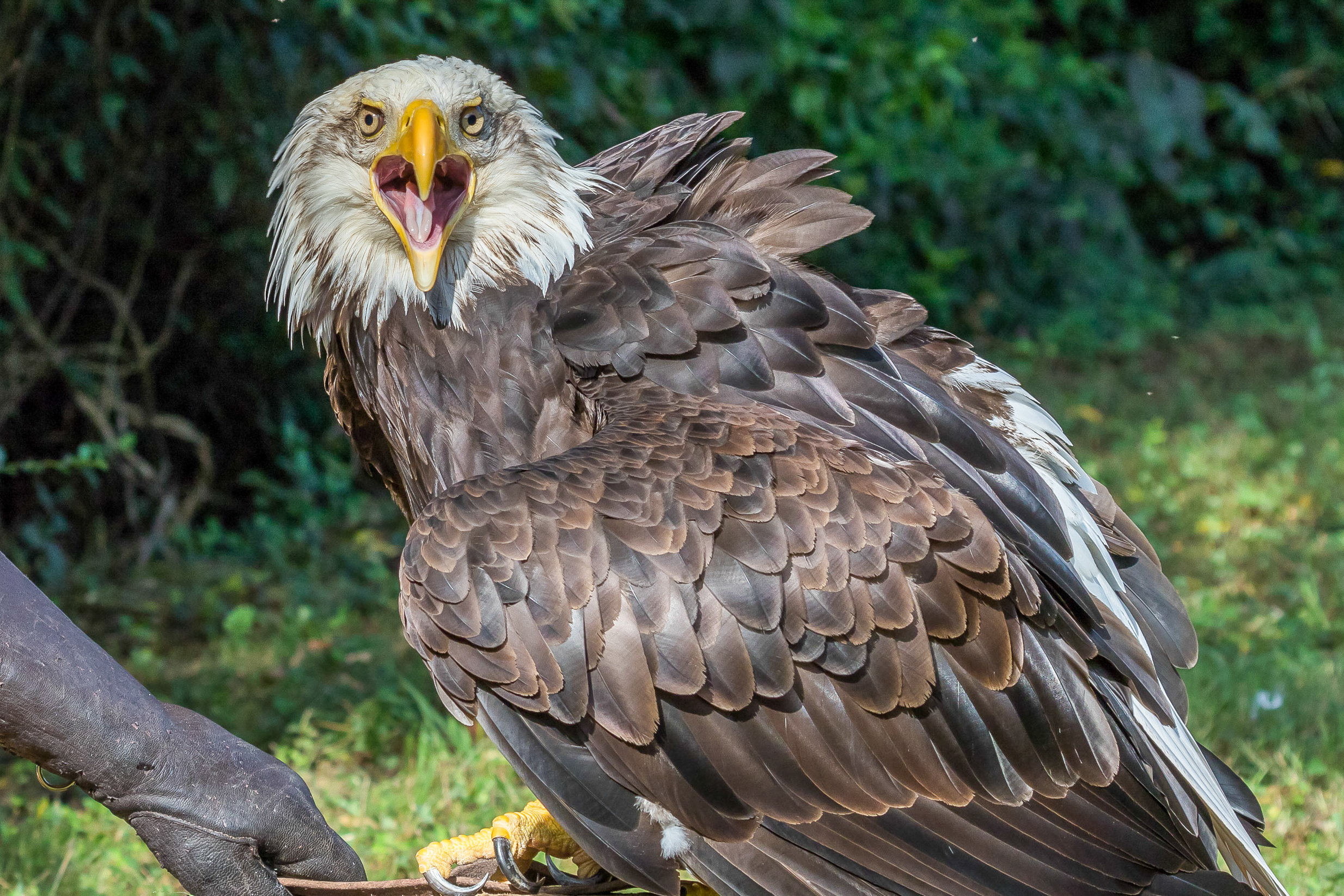 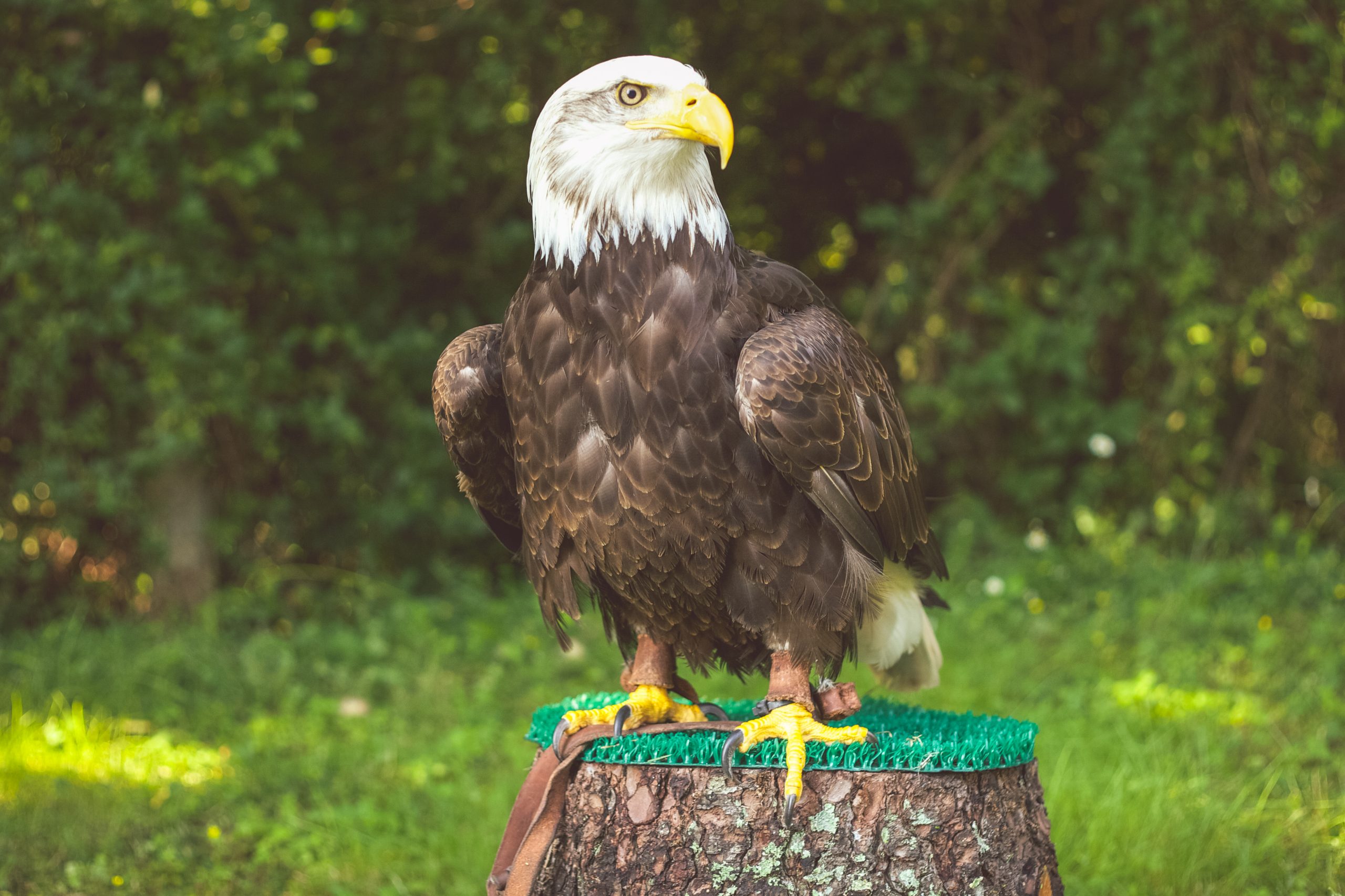 Mr. Lincoln was hatched at the American Eagle Foundation’s Eagle Mountain Sanctuary. He was raised by his parents, a non-releasable breeding pair named Liberty and Justice, until eight weeks of age and was then taken along with his siblings to the AEF’s hacking tower on Douglas Lake.

After Mr. Lincoln was released, he flew 550 miles during his first two weeks in the wild! Shortly after, he was seen stealing fried chicken off a boat dock in Indiana. He then lived off bacon for a while in Michigan—compliments of the family who owned the backyard that Lincoln frequented. Because Lincoln never learned to hunt, only scavenge, he became very hungry and weak.

In September 1998, he was captured, fed to a healthy weight, and returned to his hometown in Tennessee. He was put into a large enclosure with a live rabbit to see if he was capable of capturing his own food,unfortunately this was not the case. Because Mr. Lincoln proved incapable of being able to hunt, U.S. Fish and Wildlife deemed him non-releasable and the AEF became his permanent home.

Since then, Mr. Lincoln has been seen by thousands of people during education programs and has been trained to fly in ballrooms and outdoor events during the National Anthem!