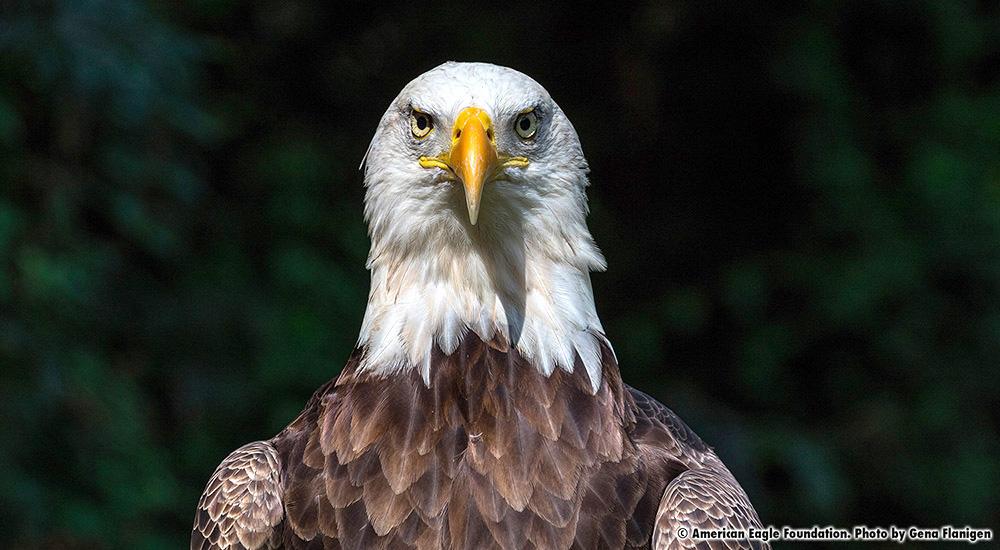 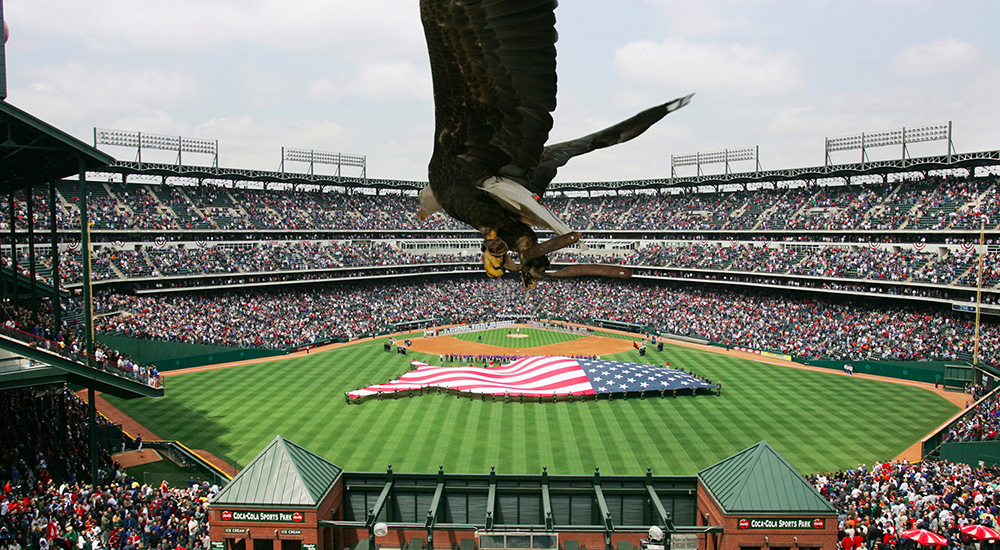 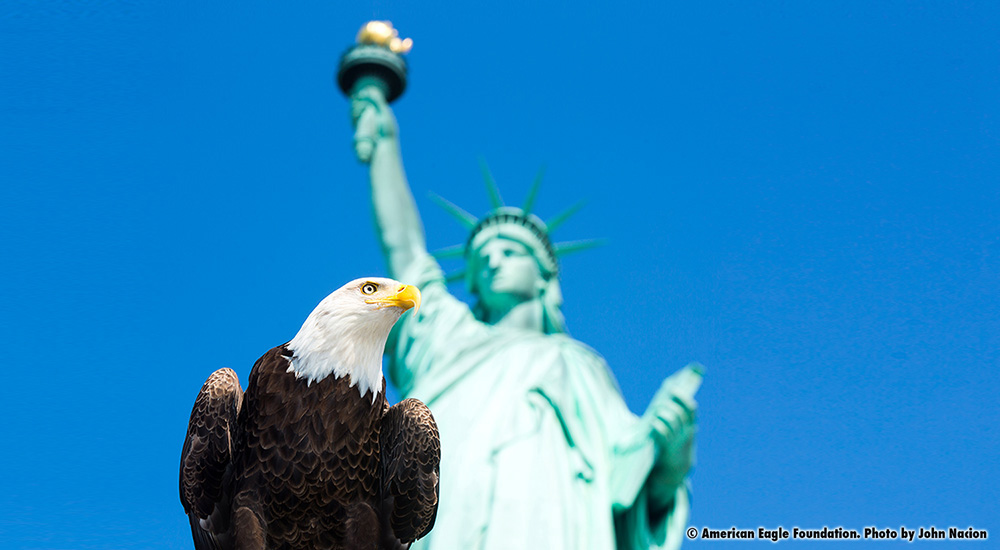 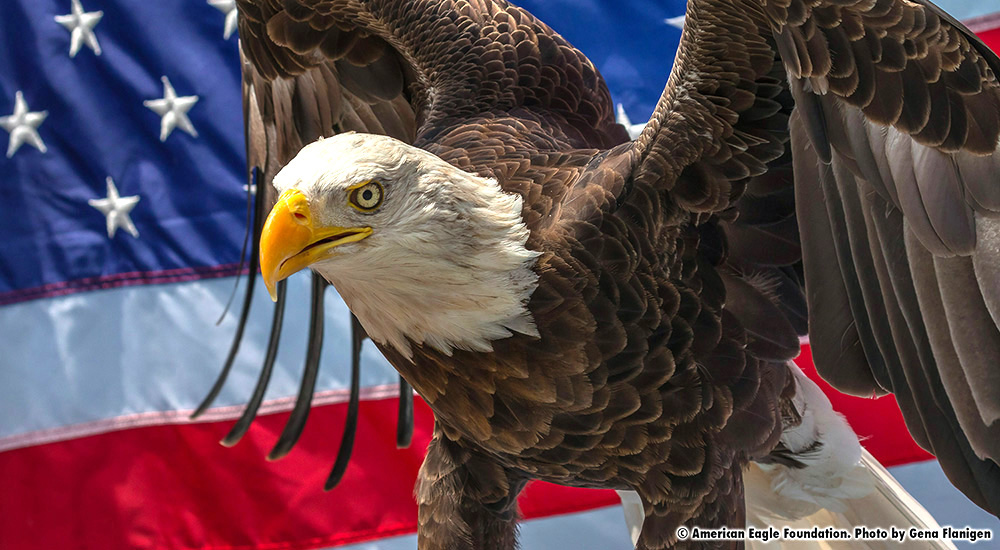 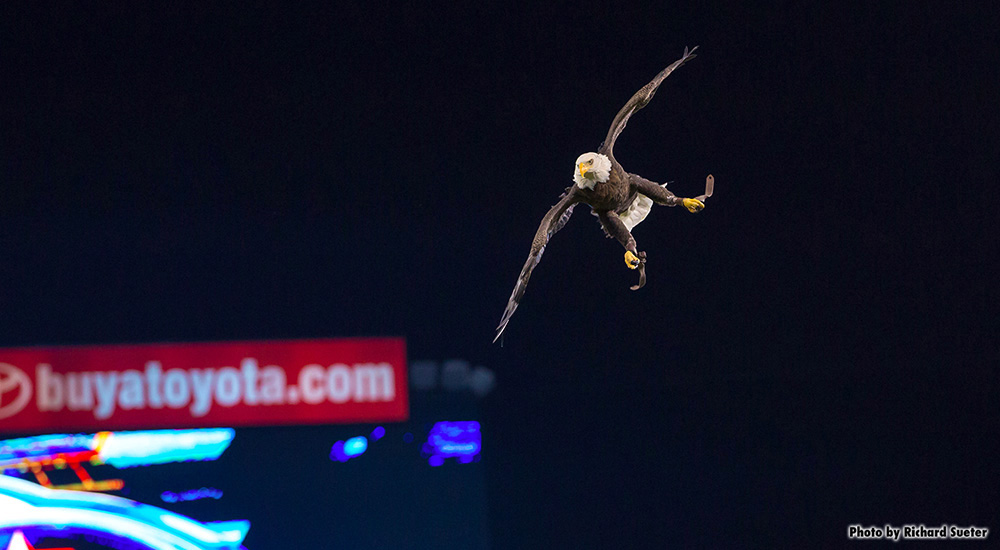 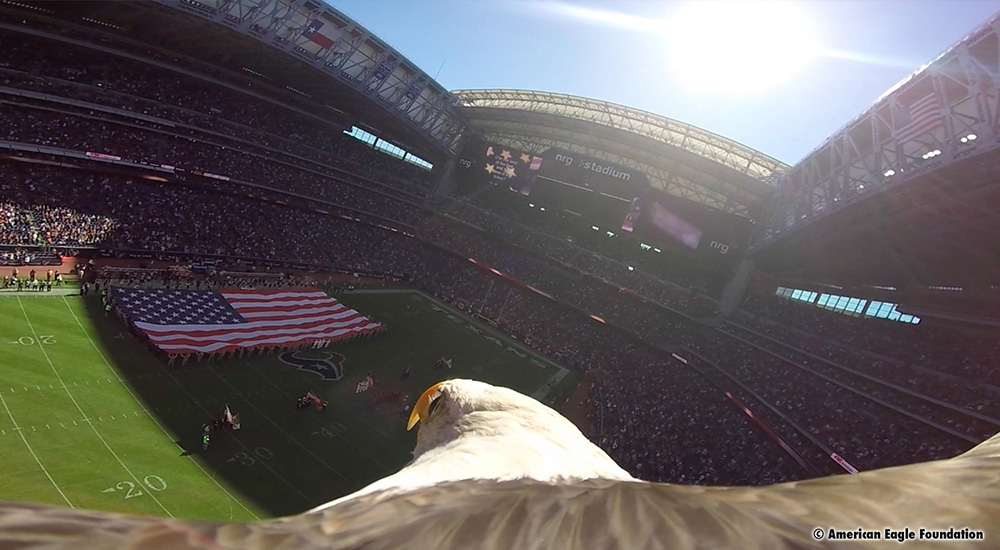 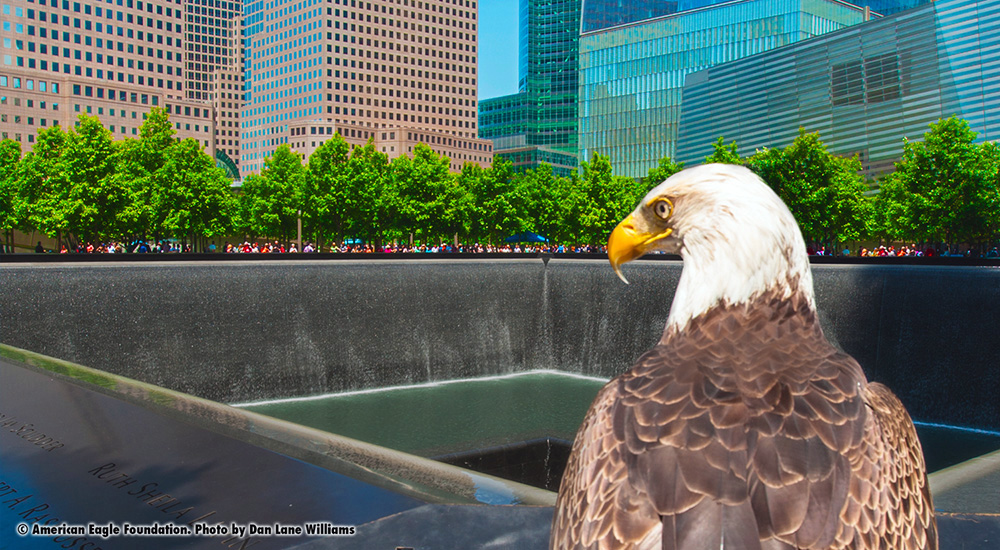 Challenger, The Most Famous Bald Eagle in America

In celebrating Challenger’s 30th birthday this year, the AEF’s dedicated staff is committed to provide the most beneficial and healthy future for this eagle ambassador. Challenger will retire from free-flighted appearances in 2019 but will continue to travel from coast-to-coast making gloved appearances at national sporting events, conventions, conferences, galas, fundraisers, schools, and other events. He will also enjoy well-deserved rest & relaxation and continued daily flight exercise at his Tennessee home.

After 25 years of traveling coast-to-coast and in conclusion to one of Challenger’s most successful travel seasons in 2017, the American Eagle Foundation would like to express our appreciation to the followers and fans of our famous Bald Eagle for their many years of support. Challenger has reached and educated hundreds of thousands of people nationwide, and has been instrumental in raising awareness about his species.

The crowd erupts into a loud roar! Challenger the Bald Eagle spreads his wings and soars through the stadium as a soulful rendition of the Star Spangled Banner in sung from the 50-yard line. He swoops! He circles! He dives! Suddenly the crowd grows silent as he makes his final descent. As the very last word of the National Anthem resonates throughout the stadium, Challenger gracefully lands on his trainer’s glove. Thousands cheer and wipe tears from their cheeks, touched by the sight of our living Symbol of Freedom soaring right before their eyes.

In the spring of 1989, a baby Bald Eagle (3-5 weeks of age) was blown from a wild nest in Louisiana during a storm. Fortunately, he was rescued by some well-meaning people who proceeded to hand-feed and raise him. Unfortunately, he experienced too much human contact at a very young age and became highly ‘human socialized.’

Challenger’s rescuers transferred Challenger to the Audubon Zoo of New Orleans. According to the records of the Alabama biologists, they picked up Challenger at the Audubon Zoo on June 8, 1989. At this time, they estimated his age to be about eight weeks of age (this means he most likely hatched between April 9-15, 1989. The AEF therefore celebrates Challenger’s birthday around that time). They delivered him near Scottsboro, Alabama for hacking and later release on Guntersville Lake when first capable of flight at 12-13 weeks age. 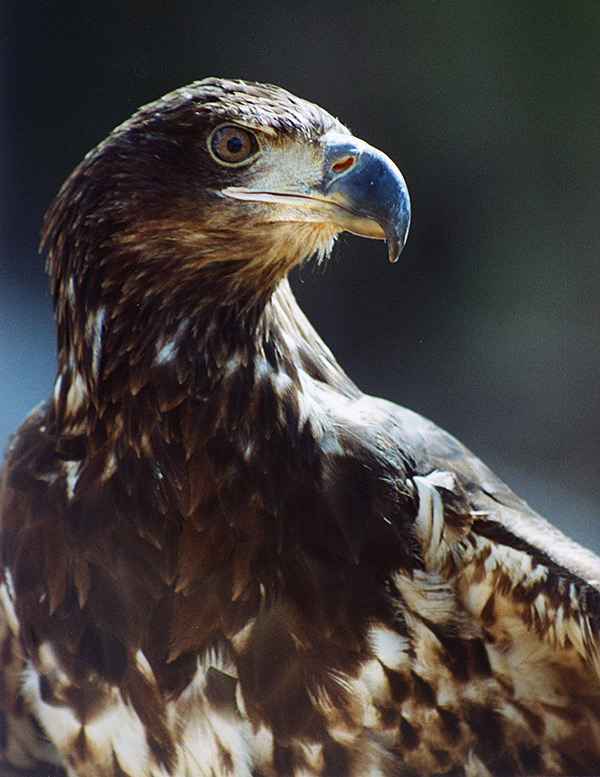 Challenger was released twice into the wild that summer of 1989 and landed near people three different times in search of food. The first time was in Alabama near some fishermen and the second time was in a little leage baseball field in Iowa, where he was found emaciated. Challenger was transported back to wildlife officials, where he was fattened up and re-released. The young Eagle yet again landed near a man to beg for food, this time at Percy Priest Lake outside of Nashville, TN. The man was frightened, picked up a stick, and was about to hit the Eagle. Fortunately, another man intervened and prevented him from being harmed.

This being the third time the Eagle had sought out people to look for food when he became hungry, it was determined that he could not survive and hunt on his own in the wild. At that point, federal and state fish and wildlife agencies placed the Eagle in the care of the American Eagle Foundation, which was headquartered in Nashville at this point in time.

The AEF decided to name this Eagle ‘Challenger’ in honor of the fallen crew of the space shuttle. 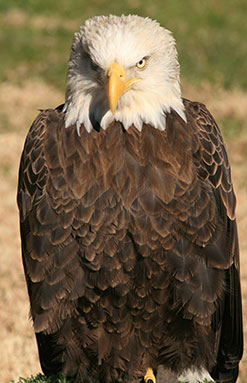 Challenger became a very well-trained gloved educational Eagle, used to educate people about the importance of protecting his species. Then one day AEF Founder Al Cecere had a vision: what if he could train Challenger to perform dramatic free-flight demonstrations during the Star Spangled Banner?

The rest is history.

Challenger has performed over 350 free flight demonstrations at major league and collegiate sporting events, conventions, trade shows, and fundraising galas across the U.S., plus hundreds of additional appearances and flights at schools and veterans homes.

Challenger’s image is on a Tennessee specialty license plate and on specialty coins issued by the the U.S. Mint. No other specific animal has ever had its image placed on a coin minted by the U.S. Mint.

The American Eagle Foundation is blessed to have been entrusted with this magnificent bird so many years ago. He has touched the life of millions upon millions of Americans across the country and he continues to daily touch the lives of his handlers. Challenger is truly one-of-a-kind. There will never be another like him.