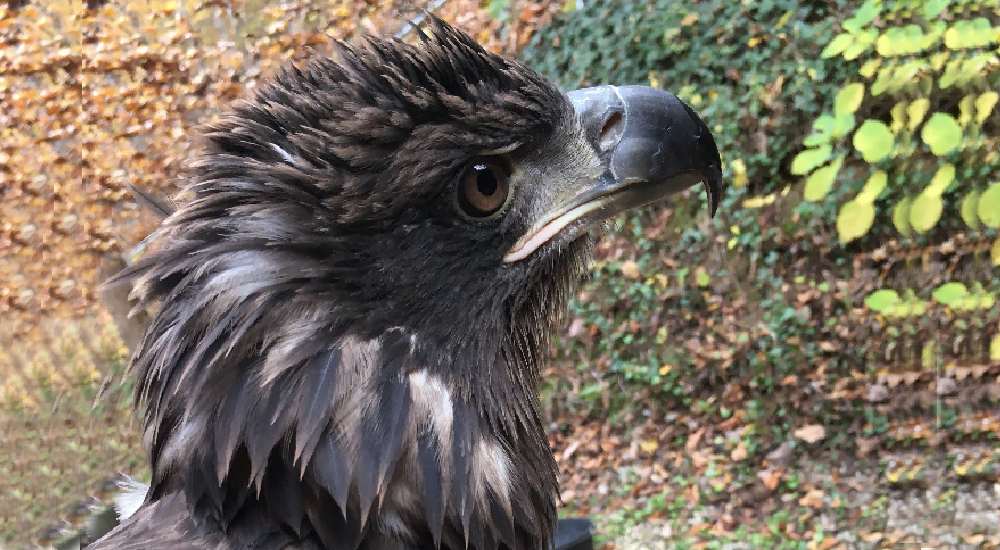 Carson originally hatched in the wild near Tellico Marina in Blount County, TN. He was still young when the tree his nest was in fell. He was admitted to the University of Tennessee with a fracture to his left humerus and a dislocated shoulder. Carson underwent surgery to repair the damage and came to AEF for rehabilitation. Unfortunately, Carson did not regain full mobility in his left wing and is therefore unable to fly. He has found his permanent home here at American Eagle Foundation.
Carson is full of personality. He is extremely curious and seems to love causing mischief. He is housed at Dollywood and is undergoing training to become the next bald eagle starring in the Wings of America bird show.  Carson is affectionately named after Rachel Carson, a famed conservationist, and the author of the book Silent Spring.