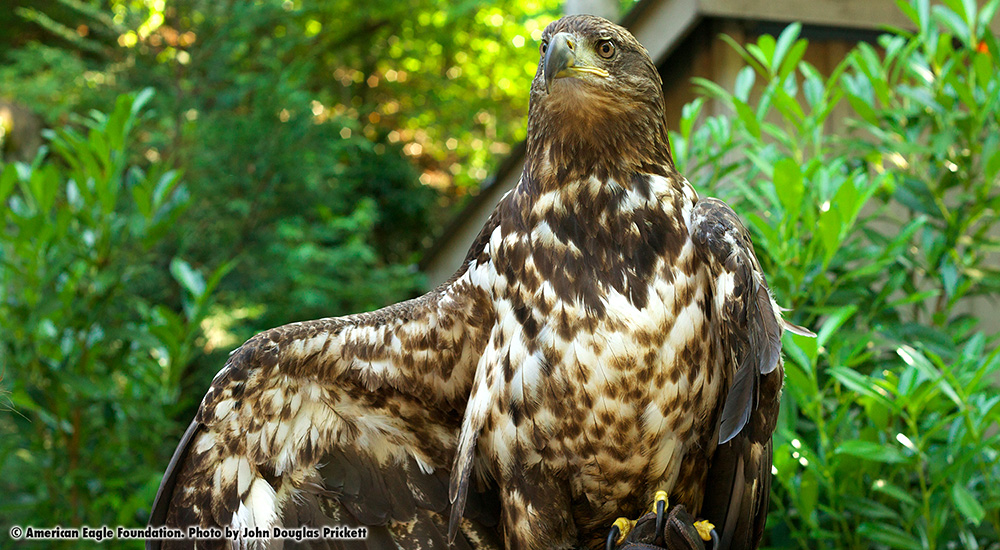 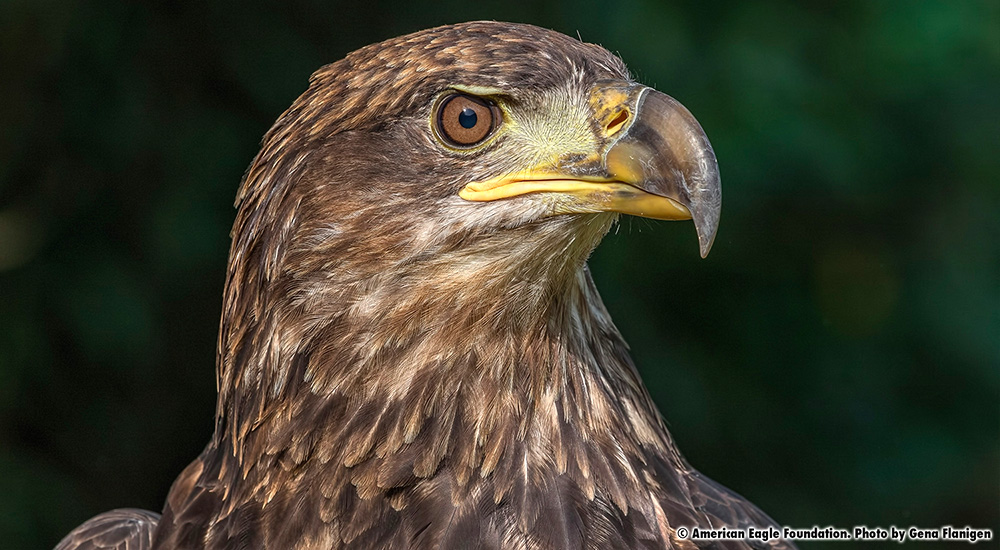 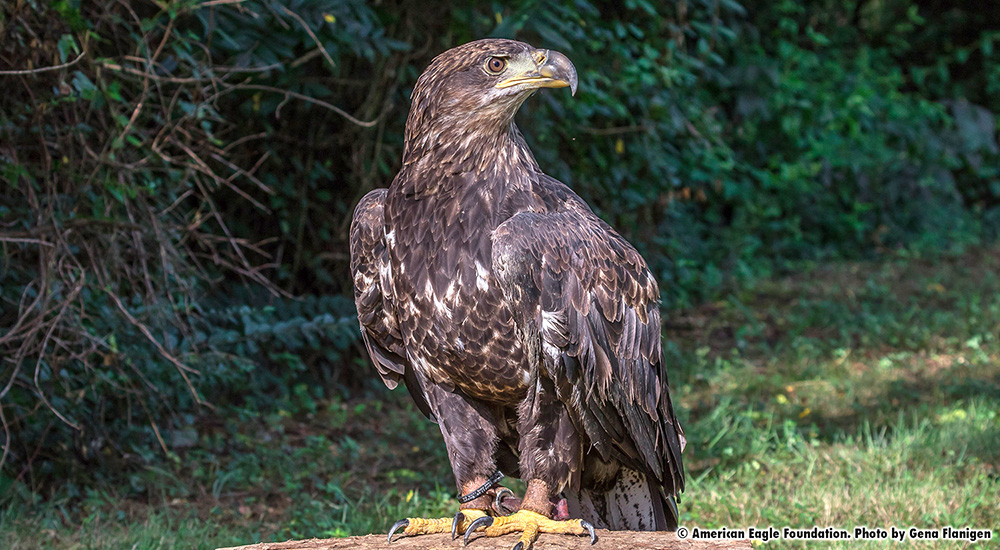 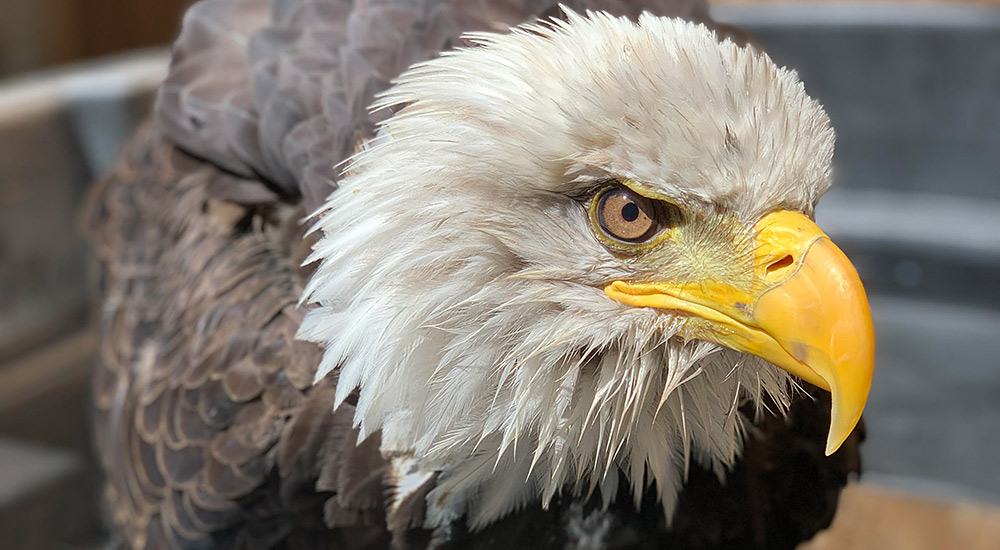 Abraham is a male Bald Eagle who was rescued in Sevierville, TN, close to AEF Headquarters. As a nestling, Abraham’s nest blew over in a storm and he and his sibling fell to the ground. AEF staff rescued the two eaglets and transported them to the UT Veterinary School for treatment. Abraham’s brother, ‘Winfield’ fully recovered and was released back into the wild a year later, but Abraham suffered severe damage to his left wing and could not be released. Pictures later revealed a USFWS leg band on Abraham‘s wild mother, and she was determined to have been the offspring of Franklin and Independence, a Bald Eagle breeding pair residing in the AEF’s Eagle Mountain Sanctuary at Dollywood. This female eagle was released into the wild in 2008 at about 13 weeks of age from the AEF’s hack tower on Douglas Lake and then returned to the area several years later with a mate. After discovering this pair’s close ties to the AEF, we started a LIVE nest cam project to stream their daily lives, and they were honorarily named Lady Independence (after her non-releasable mother) & Sir Hatcher (after AEF mentor and friend Bob Hatcher). Although he cannot fully extend his left wing, he has become an exceptional educational ambassador starring in our Wings of America birds-of-prey show at Dollywood.