As reported by PEAKofOHIO.com
September 17, 2017 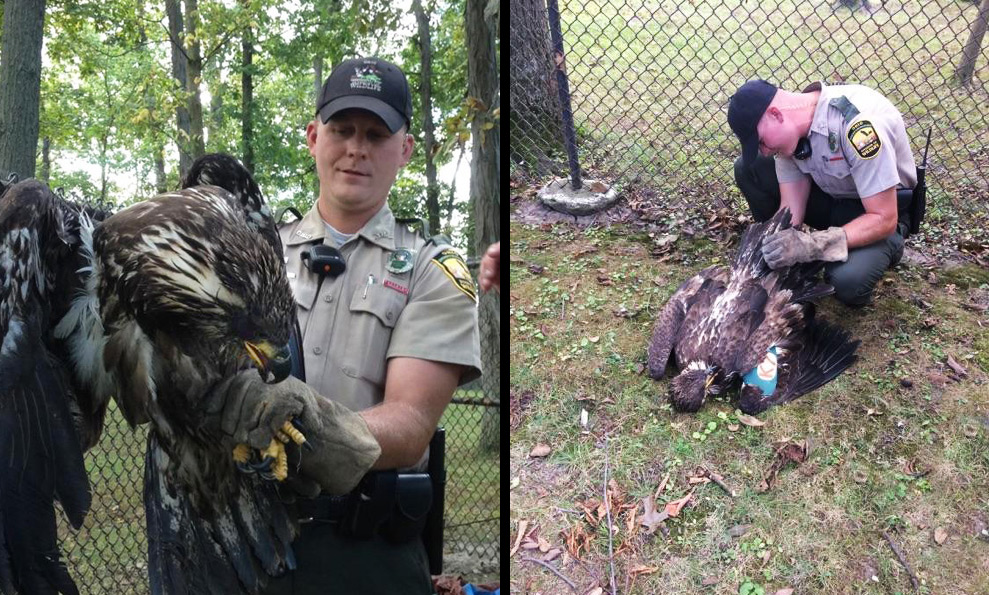 With the assistance of Wildlife Management Supervisor Gary Comer, the two located the bird and found it had a fishing lure caught in its mouth and wing.

The treble hooks were removed and the bird was released unharmed.

Identifying wing and leg bands were found on the immature bald eagle. It was originally tagged in Gatlinburg, Tennessee.

K7 was one of two juvenile eagles the American Eagle Foundation received from the Broadbent Wildlife Sanctuary in Guston, KY on June 3rd, and taken to the hack tower the next day. They had experienced a bad first fledge, and it was thought that it would be best to put them in a hack tower for a second try. They just needed a bit more time — there were no injuries.

AEF had received recent photos of this juvenile eagle (prior to this incident), and she appeared to be doing really well. Hopefully, she will have no further mishaps! We are grateful for the rescue by the wildlife officials in Ohio!