Hundreds of Bald Eagles Flock to Delta fields in Vancouver, BC

Hundreds of Bald Eagles are making Delta farmland their temporary home, bringing flocks of bird watchers to the area.
The large birds are perched in trees, barn roofs and in the fields, side-by-side with seagulls and other smaller, more common species. “They’re such majestic birds. They’re just beautiful,” Surrey wildlife photographer Eric Rossicci said.
The birds of prey visit Delta fields every winter, but not like this. 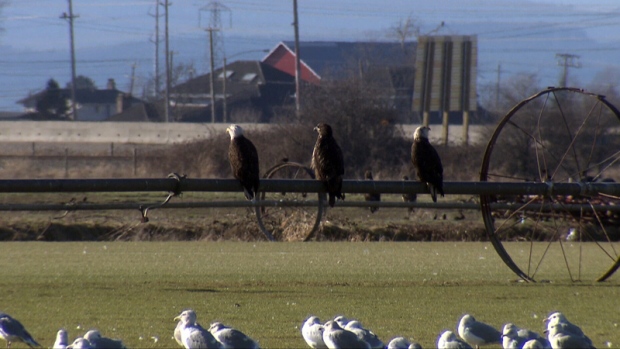 Eagle expert Rob Hope said the reason may be the weather’s effect on one of the birds’ sources of food.

“This year with the high water in November, it blew a lot of the salmon carcasses out of the river,” he told CTV News.

“There wasn’t as much food available to the eagles as in previous years, so this is a secondary food source they’ve found.”

The food source is a large organic composting facility, making easy meals for hungry birds. Hope said he believes some of the birds likely live in the area, but “I’m sure there’s a lot of transients as well.”

While the fields are currently the place to be for wildlife photographers, the birds are only expected to stick around in such large numbers for another month. 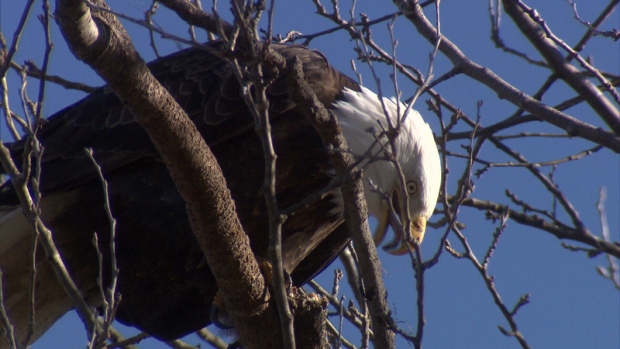 With a report from CTV Vancouver’s Michele Brunoro