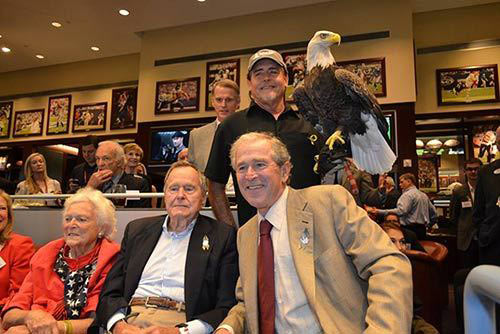 On November 17, 2013, the Houston Texans hosted the Oakland Raiders at their Military Appreciation Game inside Reliant Stadium.

This was Laura Cercere-Sterbens first official “catch” of the eagle during a major league football game – and, of course, she did it flawlessly! Challenger and Al were proud!