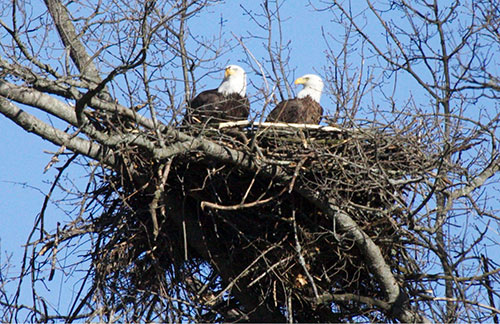 Bald Eagles have built a nest next to the Kroger supermarket in Sevierville, TN

Helicopters reportedly flew too close to a Bald Eagle nest in a field near Kroger on Highway 66 (Winfield Dunn Parkway) in Sevierville, but an official from the American Eagle Foundation and representatives from two helicopter tour companies say the issue has been resolved. 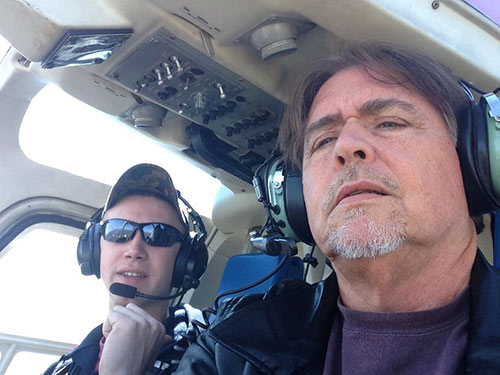 Helicopter pilot and AEF President, Al Cecere, investigate the safest route for helicopters to take so as not to disturb the nest.

Scenic Helicopter Tours and Smoky Mountain Helicopters both offer helicopter tours of the area, and the eagle nest has been a unique draw.

“I’ve met with both helicopter companies and they’ve agreed to change their paths (around the nest),” Cecere said. “I feel fairly confident that they’re going to honor that because they also care about the nest.”

Jon Riggs, heliport manager for Smoky Mountain Helicopters, said he didn’t think their original routes were a cause for concern.

“The whole time the eagles have been there we’ve given them a wide berth,” Riggs said. “Our routes were fine, but we moved it out a little further. Before, we still stayed 2,000 feet away from the nest, but now we’re staying a mile out and 1,000 feet above the ground.”

A Scenic Helicopter Tours representative, who asked not to be named, said Scenic has also changed its route respective to the nest.

The eagles’s previous nest was destroyed by a storm. They built the new one in a sturdier tree in the same grove.

Signs in the Kroger parking lot adjacent to the field warn visitors to stay at least 330 feet from the nest. From that distance, it’s hard to tell how many young birds have hatched there, or whether there are still unhatched eggs, but Cecere said the adult eagles’s behavior indicates the presence of at least one juvenile.

“You can tell by their behavior that they are probably feeding young. We assume that’s what they’re doing,” Cecere said. “We knew for a while that they were on eggs because you’d just see the white heads popped up.”

Cecere said the young eagle or eagles will remain in the nest for up to 13 weeks.

“And then they’ll still be learning to fly up and down the area,” he said.

Riggs said the company is not opposed to changing the route again, if necessary.

“If they move closer to us, then we’ll adjust our route again,” Riggs said. “We love those eagles. They hunt right in front of our place in the river. I don’t think they’re really affected by us, but (Cecere) said the little ones might be affected more.”

Before the signs were put up, the disturbance was more pronounced, Cecere said.

“There were people walking around the trees and taking pictures,” Cecere said. “So it wasn’t just the helicopter problem, but I think we’ve pretty much nipped it in the bud.”