Pigeon Forge, TN — The non-profit American Eagle Foundation (www.eagles.org) has announced that a Bald Eaglet hatched from an egg rescued last December from a lighting tower nest at the Orioles’ spring training ballpark in Sarasota, Florida was recently transported to an artificial nesting tower on Douglas Lake in East Tennessee (on Feb. 11, 2011). The eaglet previously had hatched from its egg inside an incubator and was fed with an eagle puppet at the AEF’s United States Eagle Center in Pigeon Forge, TN. Before being taken to the release tower by AEF President Al Cecere, the youngster was given a physical check-up by University of Tennessee Veterinarian Dr. Mike Jones. The eagle conservation group anticipates that the symbolic bird will be released into the wild sometime in mid March at about 13-weeks of age. A second egg removed from the lighting tower nest was determined to be infertile (not viable). The Foundation is headquartered at Dollywood in Pigeon Forge, Tennessee. 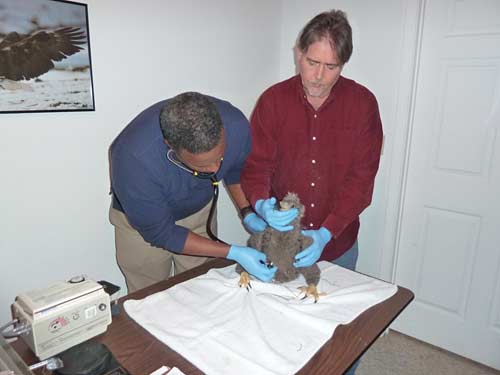 Bald Eaglet is examined by U. T. Veterinarian, Dr. Mike Jones who is assisted by AEF Founder/President Al Cecere. 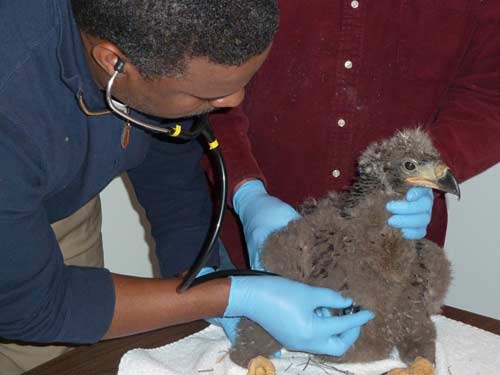 Dr. Mike Jones, avian specialist at the University of Tennessee College of Veterinary Medicine, examines the Bald Eaglet prior to its being taken to the hack tower. 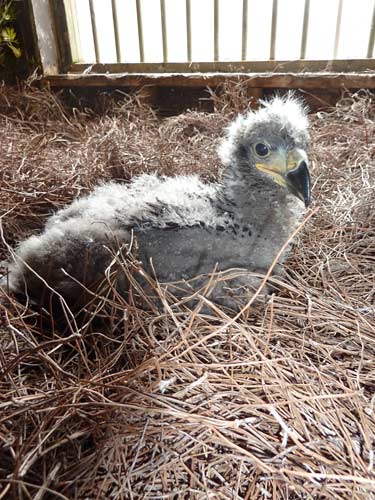 Eaglet settles down on fresh pine needles in the hack tower. 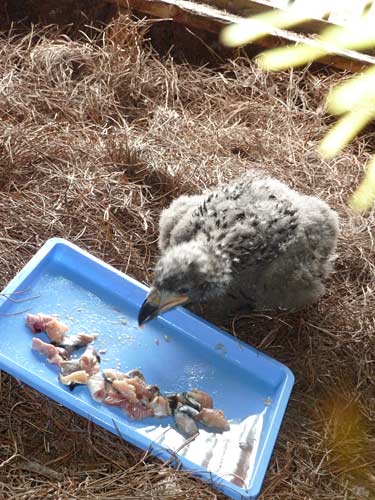 Eaglet enjoys a meal of trout.