Pigeon Forge, TN — The non-profit American Eagle Foundation (www.eagles.org) has announced that one of the two eggs that it rescued from a lighting tower nest at the Orioles’ spring training ballpark in Sarasota, Florida has hatched, and the eaglet is being fed by an eagle puppet to prevent human-imprinting. On December 29, 2010, the eaglet had successfully hatched from its egg inside an incubator. The eagle conservation group anticipates that the symbolic bird will be released into the wild sometime in mid March at 13-weeks of age. The bird is scheduled to be placed in an artificial nesting tower located on Douglas Lake within a couple weeks. The second egg was determined to be infertile (not viable). The Foundation is headquartered at Dollywood in Pigeon Forge, Tennessee. 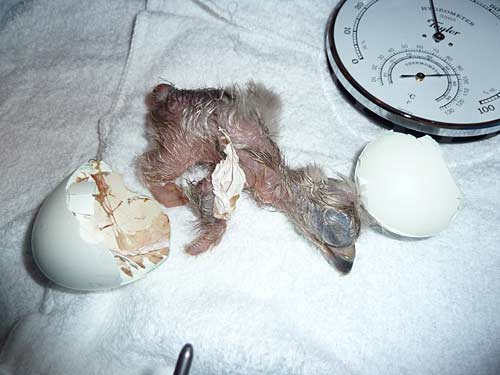 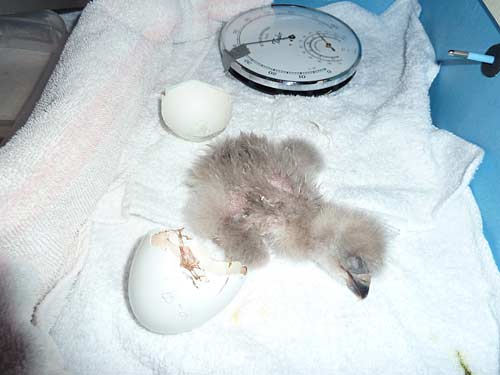 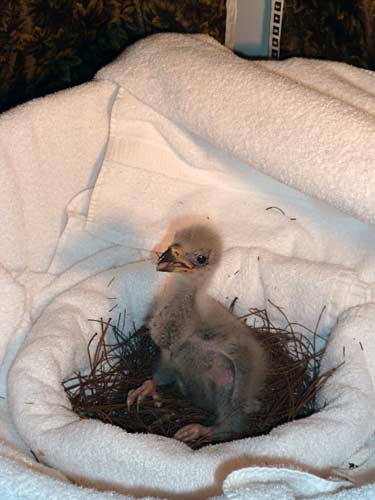 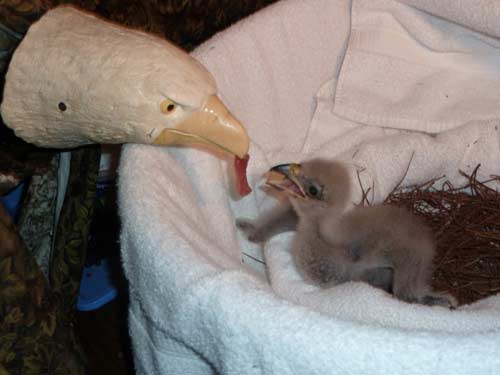 To avoid human imprinting, the eaglet is fed by an eagle puppet.

The entire story of this little eaglet from egg rescue to eaglet release can be viewed below.

[/av_textblock]
← Prev: BCS National Championship: The Eagle Has Not Landed in Auburn Next: Eaglet from Florida Ball Park Egg to be Released in East Tennessee →