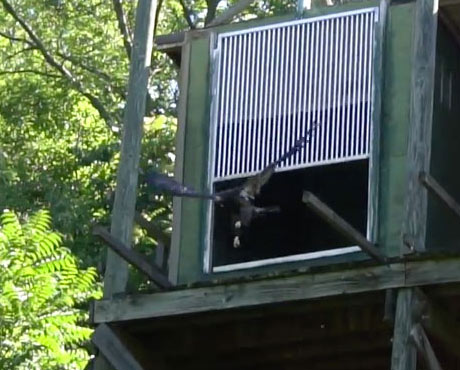 Non-releasable Bald Eagles Mrs. Jefferson & Isaiah have hatched and raised numerous young as a part of AEF’s Captive Breeding and Hacking programs. They have also been wonderful foster parents.

But for 3 years, their nest was empty of an eaglet —  then on April 15, 2018, little MJI16 made its way into the world from an egg laid by Mrs. Jefferson!  There was new life in the Eagle Mountain Sanctuary aviary, and viewers from around the world enjoyed watching this little one grow strong and sturdy, assisted by the excellent care shown by its parents.

On June 11, after spending several weeks in the nest, it was time for MJI16 to transition to the Hack Tower overlooking Douglas Lake, where this young eagle could view the wider world of nature it would one day enter.  As the eagle matured and grew stronger, it practiced skills it would need — wingercizing, catching air, and learning to balance perched on the pole in its artificial nest compartment – one day soon the eagle would fly free!

That day came on July 18, 2018. It was time! Although a positive determination of sex cannot be made without a blood test (which was not done), measurements indicate that MJI16 is likely a male – and a large one at that, weighing 8.59 pounds!  A Patagial tag identifies this eagle as M18, and the ankle band number provides an additional identification: #0709-08494.

But to those gathered at the Hack Tower for the release, this was Sequoyah, named by Eagle Nest Cam Education & Policy Coordinator Crystal Slusher, in honor of her Mom, Mae Shiflett, who recently passed.  In selecting this name, Crystal reached back in memory to a song by Dolly Parton, “She’s An Eagle When She Flies” – and remembered some of the words that were especially meaningful on this day:

“Her heart’s as soft as feathers
Still she weathers stormy skies
And she’s a sparrow when she’s broken
But she’s an eagle when she flies.”

And Sequoyah, the 166th eagle to be released from the AEF hack tower since 1992, was ready to go, soaring out the door before the gate was fully lifted, and making a beautiful first flight. To top it all off, Sequoyah landed perfectly in a tree!

A few photos from the release… 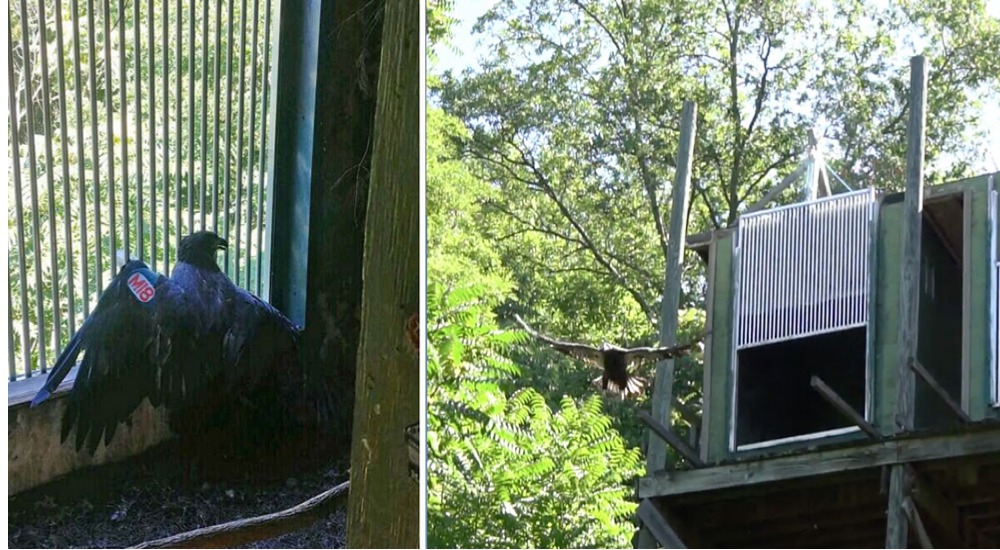 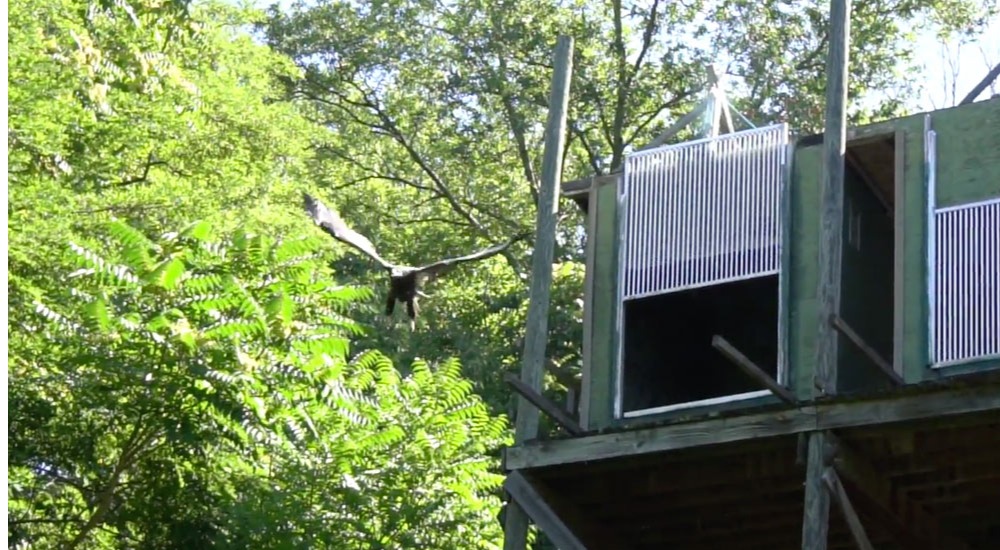 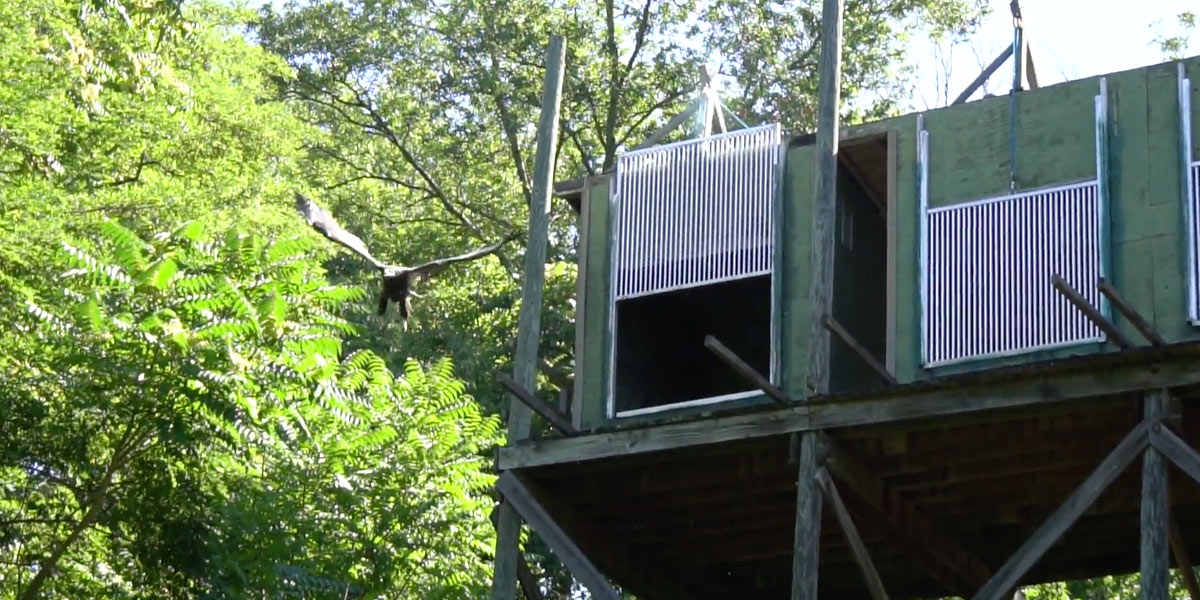 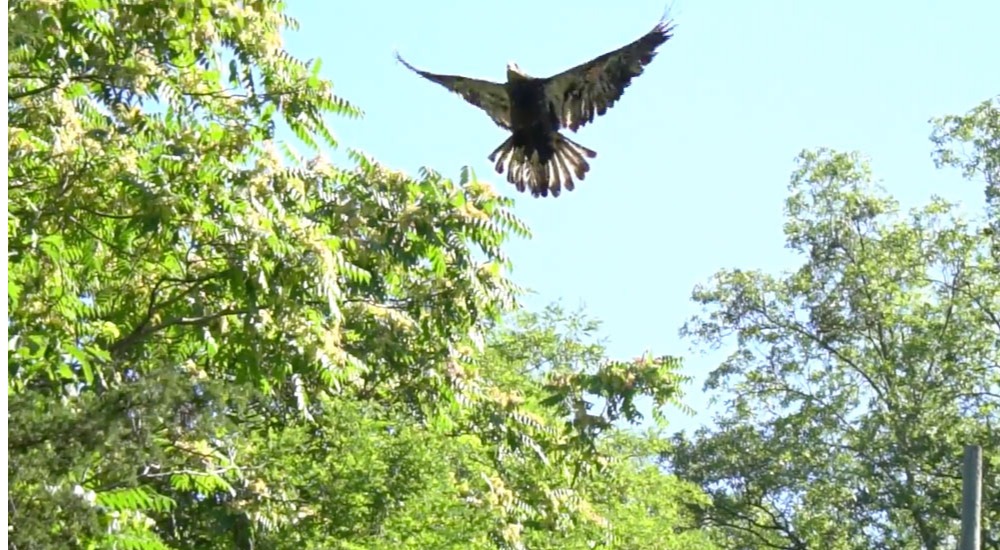 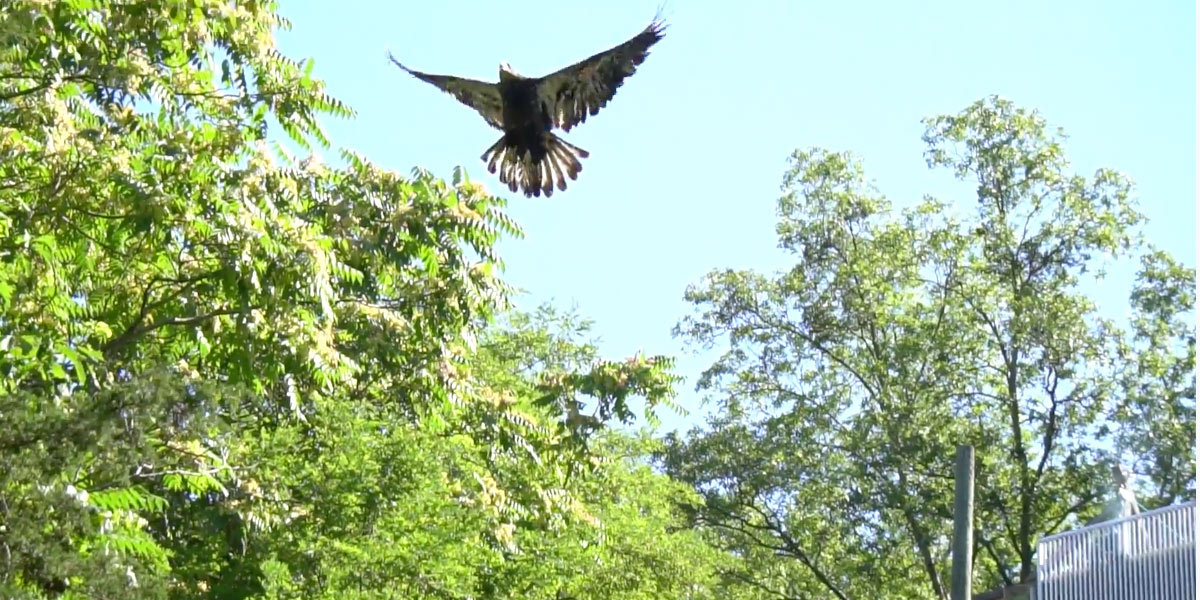 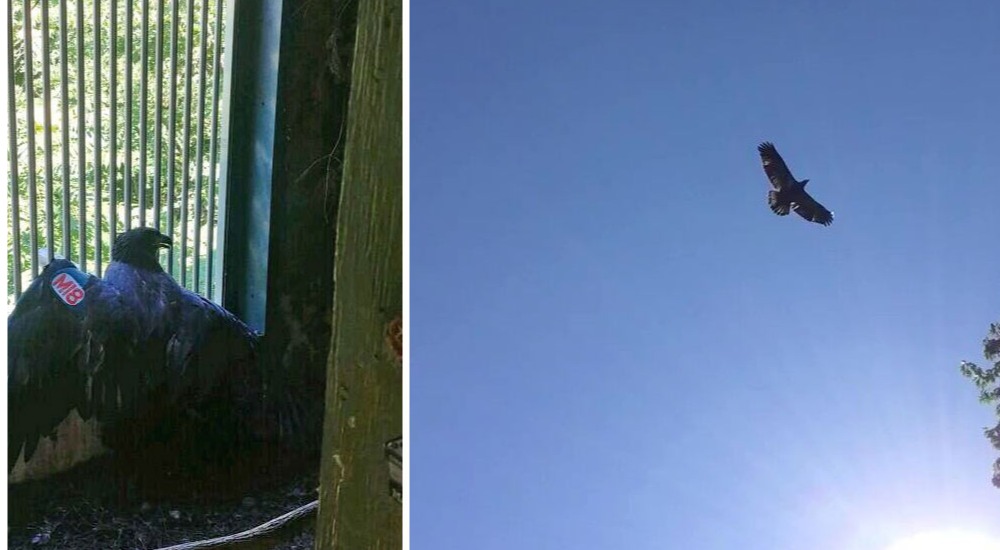 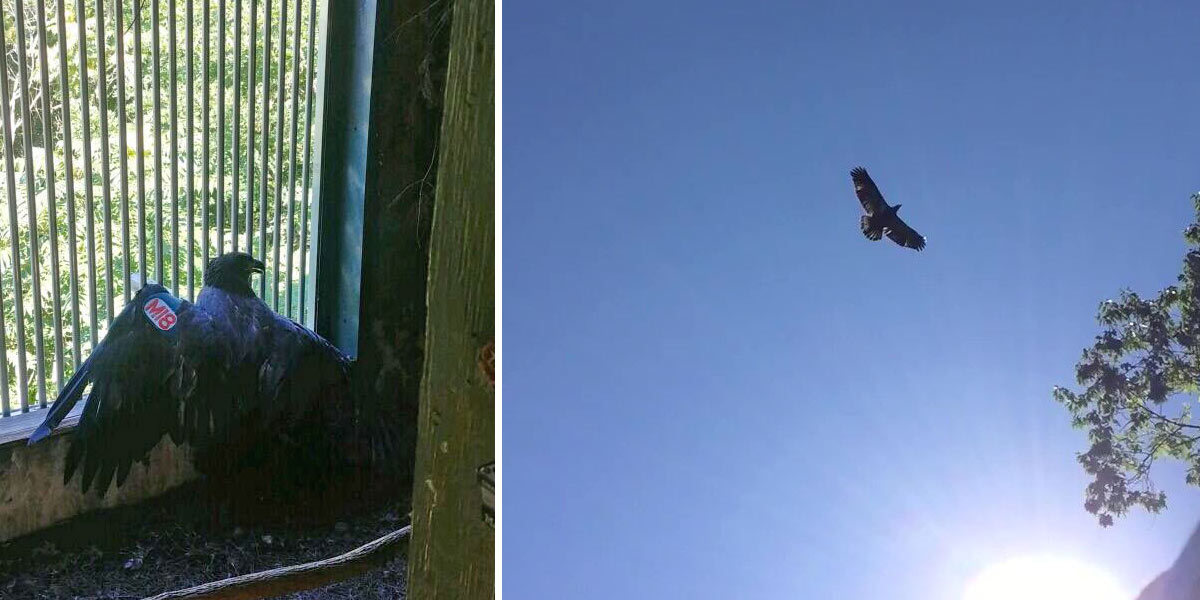 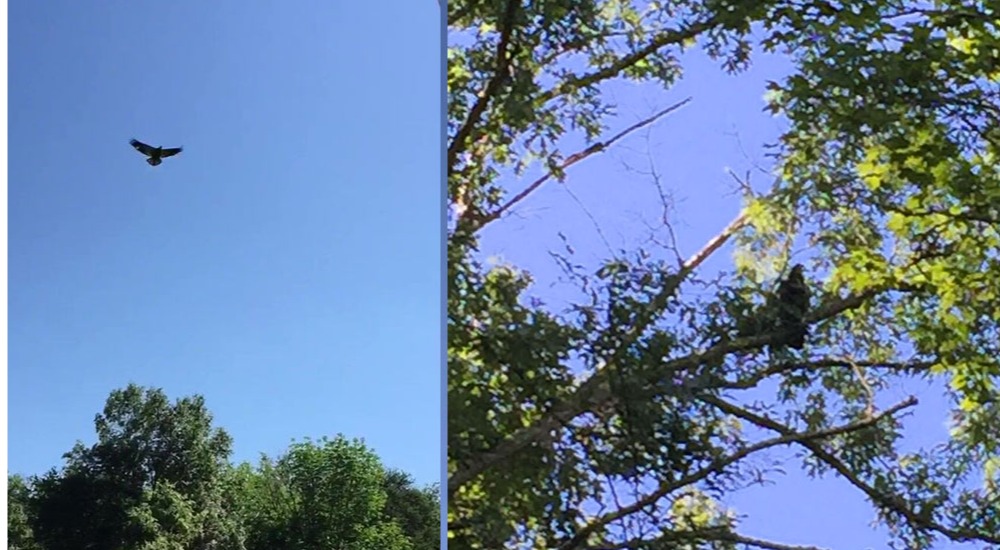 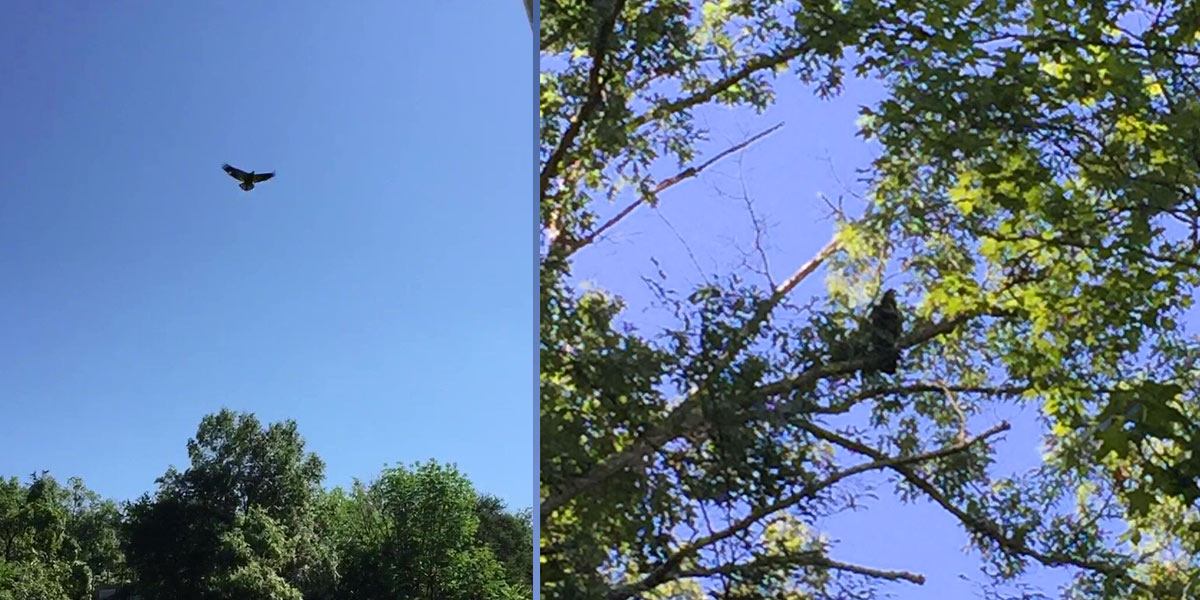