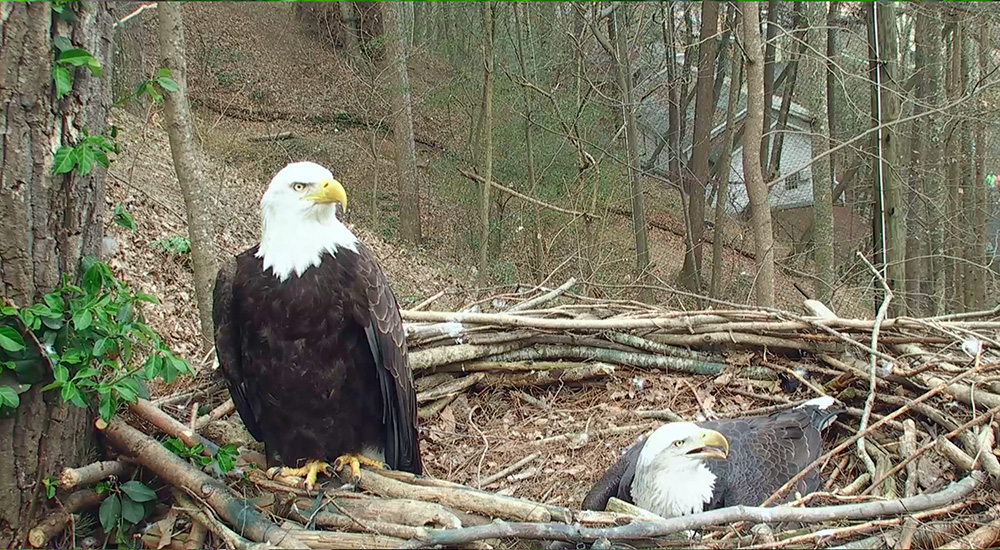 Indy & Frank – A Favorite Pair on the Mountain 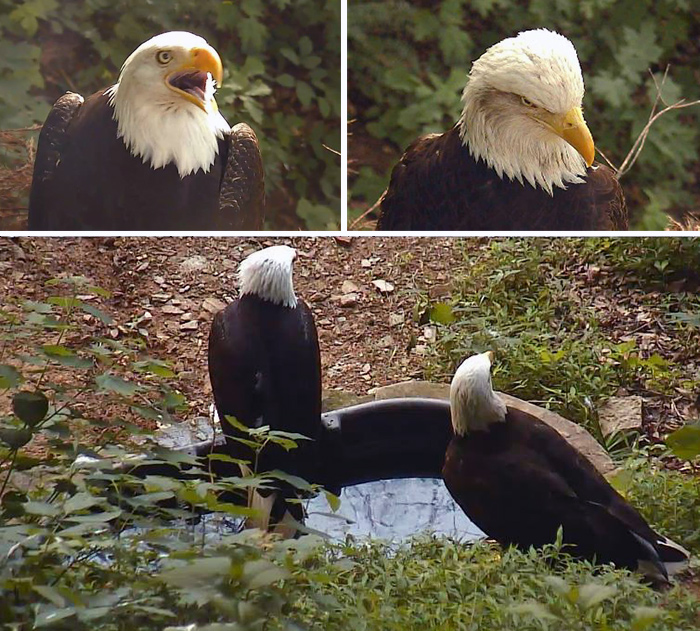 Top: Isaiah (Left) and Mrs. Jefferson (Right) Below: The pool at the bottom of their enclosure is a favorite place to cool off. 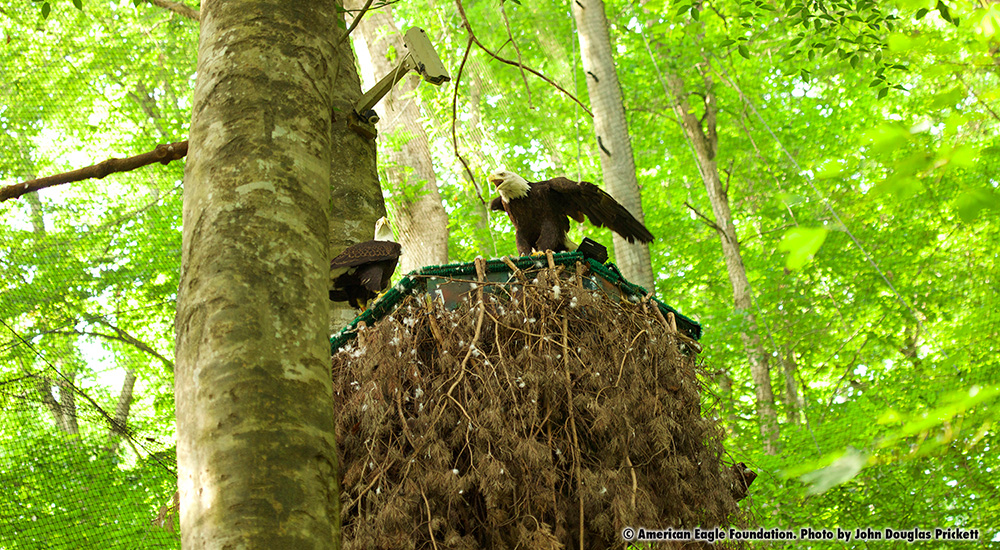 None of these pairs had a successful breeding season, but the people visiting the exhibits enjoyed seeing these eagles living the best life possible in captivity, with mature trees, plenty of room, and others of their kind with which to mingle.

Our eagles are educational ambassadors. They have an important role to play, and our 3 nesting pairs in the 30,000 sq. ft. aviary continue to inspire countless families who visit Dollywood.

Off-site, at AEF headquarters, 3 eaglets were raised by other non-releasable eagle pairs. Two from Honor & Braveheart, and one from Freedom & Faithful Spirit. In addition, 2 eaglets from Florida were transferred to AEF to be released from our Hack Tower on Douglas Lake.

A total of 5 eaglets were released into the Smoky Mountains.

On June 24, “Hope” (Patagial Tag H6) was released into the wild in remembrance of the 49 victims of the tragic Orlando Massacre that took place on June 12, 2016. This eaglet one of the eaglets hatched and raised by “Honor” and “Braveheart.”

The other eaglet hatched and raised by Honor & Braveheart was named “Bailey” (Patagial Tag B6) and was released June 28th in honor of Korean War Veteran Sgt. Bailey Keeto.

Freedom & Faithful Spirit’s eaglet was named “Survivor” by three survivors of the attack on Pearl Harbor. It was released in a moving ceremony Saturday, July 9th, 2016 from AEF’s hack tower with a patagial wing tag PH6.   Read about the release here,

Survivor was the150th Bald Eaglet into the wild from its Douglas Lake hack tower (artificial nesting tower) into the foothills of the Great Smoky Mountains in honor of all U.S. Servicemen and Servicewoman who died during or survived this Day of Infamy.

Watch the video of Survivor’s release.