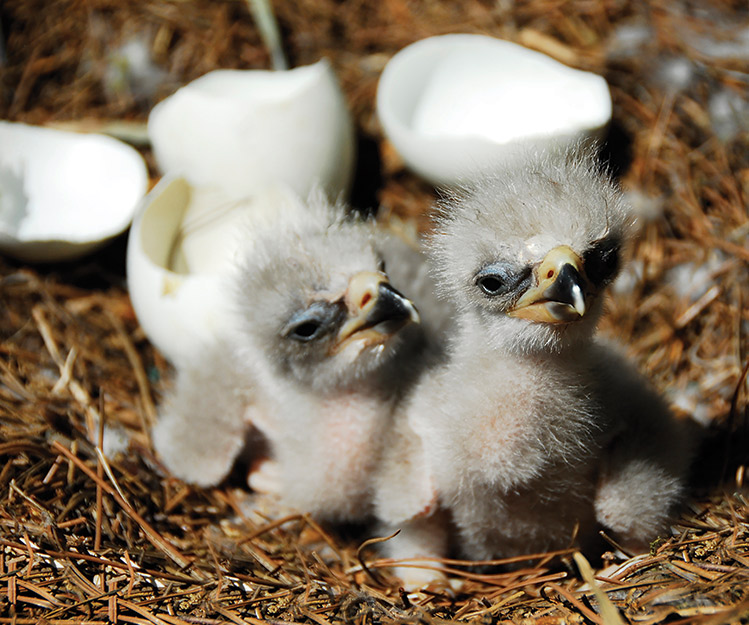 Pigeon Forge, TN, April 22, 2010 — CHIRPY EARTH DAY BABES: Two Bald Eaglets recently hatched in an incubator at the American Eagle Foundation’s United States Eagle Center at Dollywood.  At one day old, the eagle chicks were placed into the nest of non-releasable Bald Eagle pair “Liberty” and “Justice” for adoptive parent rearing. The captive breeding pair’s own two eggs were determined to be infertile. At six weeks of age, the eaglets will be placed into an artificial nesting tower over-looking Douglas Lake in Dandridge, TN, where they will be cared for by the Foundation staff with minimum human contact until they are released into the foothills of the Great Smoky Mountains at 12 weeks of age (when they reach full size). The young birds will be named at the time of their release. The non-profit conservation group is celebrating its 25th Anniversary this year.

Liberty and Justice took very good care of their adopted babies, which grew to maturity and were released at the hack tower overlooking Douglas Lake in the summer of 2010.