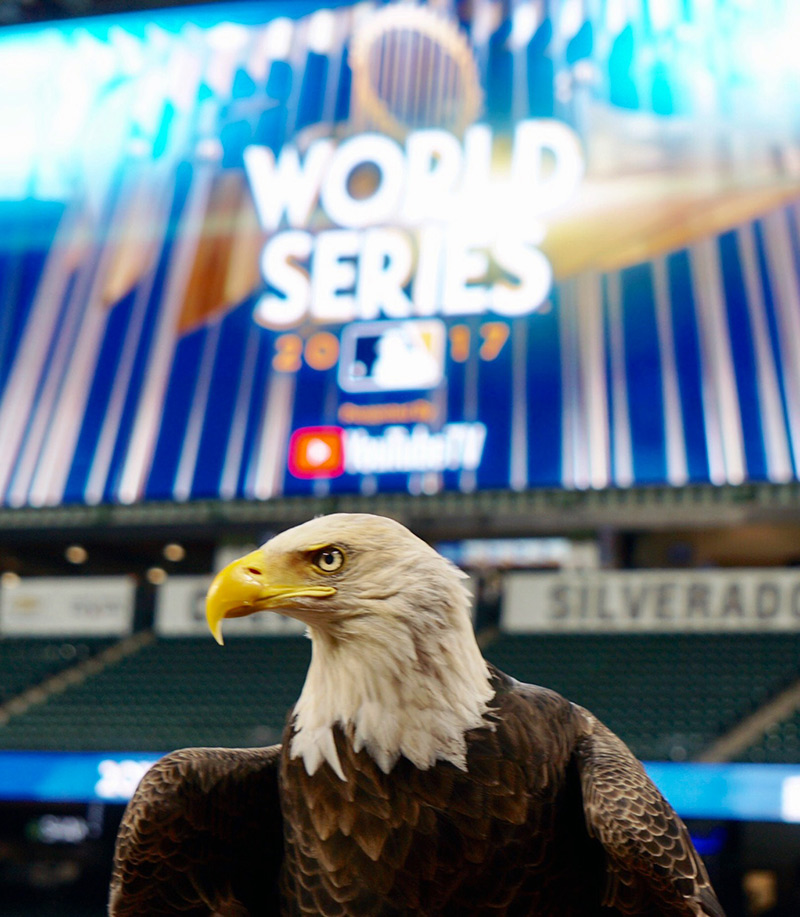 The American Eagle Foundation’s trained non-releasable bald eagle “Challenger” will free-fly during the presentation of the Star Spangled Banner right before Game 3 of the World Series on Friday evening (Oct. 27, 2017) between the Houston Astros and the Los Angeles Dodgers at Minute Maid Park in Houston, TX.

Challenger’s soul-stirring flights during the Star Spangled Banner have inspired many millions of Americans, and honor American servicemen and women, along with first responders, who bravely and unselfishly serve and protect our country at home and abroad.

The non-profit American Eagle Foundation (WWW.EAGLES.ORG), cares for the 28-year-old male bald eagle for educational purposes under federal and state wildlife permits. The AEF was established in 1985 and is headquartered at Dollywood in Pigeon Forge, TN.

Challenger was blown from a wild nest in a storm as a baby and was hand raised by some well-meaning people who rescued him. Consequently, he became a “human-imprint” after being fed by people at a young age and thereafter could not survive on his own in the wild.