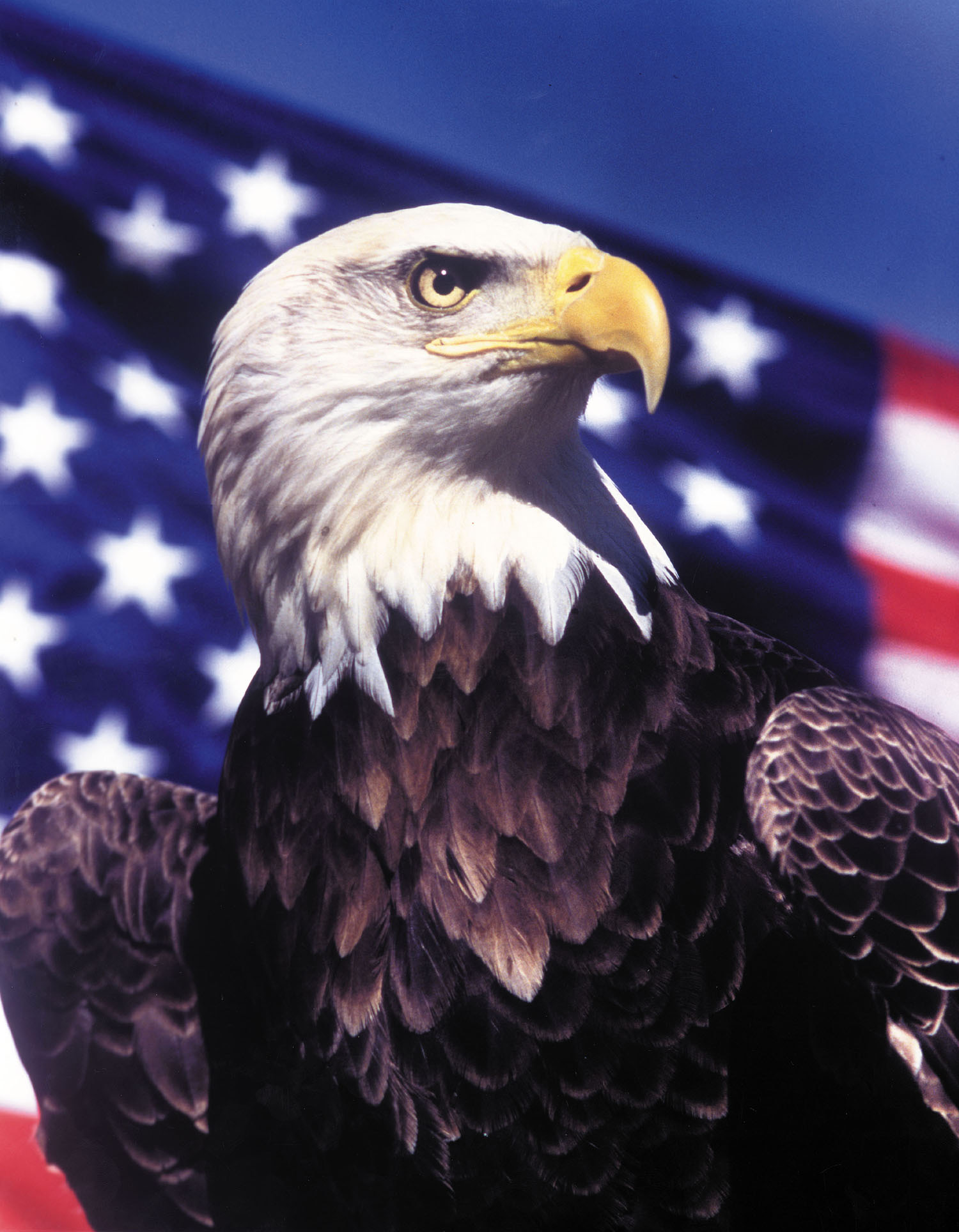 CHICAGO — ‘Challenger’ – a 15-year old Bald Eagle – soared through the skies over Wrigley Field today during the Oak Ridge Boys’ singing of the National Anthem to raise awareness of the new Illinois Military Family Relief Fund.

Challenger has made hundreds of educational appearances since 1993, including four World Series games, the Fiesta Bowl and many Major League Baseball and National Football League games. Challenger’s visit – his Chicago debut – was made possible with the help of Verizon Wireless, Anheuser-Busch, the Chicago Cubs and the Office of Lieutenant Governor Pat Quinn.

Challenger — who was named in honor of the Space Shuttle crew — was blown from a nest as a baby during a storm, was rescued by humans and became “human socialized”. He was placed under the care of the American Eagle Foundation, based in Pigeon Forge, Tennessee at Dollywood, and has become a well-known ambassador for his species.

“The bald eagle symbolizes strength and independence,”Quinn said. “On this Memorial Day, we remember those who answered the call to duty to protect our democracy and freedom.”

Before Challenger’s stirring demonstration during the National Anthem, Quinn appealed to the fans to help the families of Illinois National Guard members and reservists called to active duty by donating to the new Illinois Military Family Relief Fund.

“The men and women citizen soldiers who left their jobs and families to serve in Afghanistan or Iraq are our neighbors and co-workers,”Quinn said. “I ask everyone here today to celebrate the real meaning of Memorial Day by sending a check to the Illinois Military Family Relief Fund.”

Quinn led the successful drive to set up the Illinois Military Family Relief Fund to assist the families of Illinois National Guard member and reservists who face economic hardship when the breadwinner is on active duty. The funds would help with household expenses such as utility bills, rent and groceries.

More than 6,600 Illinois National Guard members and reservists have been called to active duty in the fight against terrorism.

“Verizon Wireless is proud to be a part of this unforgettable Memorial Day event,”said Tracy Nolan, President for Verizon Wireless Illinois/Wisconsin Region. “We are in the business of connecting people, and Challenger’s flight today sent chills down the spine of anyone who witnessed it. A genuine, patriotic connection was felt and we hope it results in greater support for the Illinois Military Family Relief Fund.”

Verizon Wireless – which underwrote much of Challenger’s visit to Chicago – is one of several corporations lending a helping hand to the military families.

A spokesperson for Anheuser-Busch – a cosponsor of Challenger’s Wrigley Field visit – said helping those in the armed forces has long been a way that company does business.

“In fact, earlier this month, we announced a donation of $1 million to create the Intrepid/Anheuser-Busch Fallen Heroes Fund to provide scholarships to spouses and children of the U.S. military killed in the Iraq war,”said Katja Zastrow, Anheuser-Busch Region Director for Government Affairs. “We’re proud to join Lieutenant Governor Quinn to help out the families of Illinois’ finest.”

“The outpouring of support for Illinois military families is inspiring,”Quinn said. “Student bake sales, corporations, baseball clubs and everyday people are digging deep and every penny will go to help the families.”

It is said the bald eagle was chosen as the national symbol because during a battle early in Revolution, the noise of fighting in a valley stirred eagles who had been nesting in the heights, causing them to circle high over the battle. Hearing the eagles high overhead, the rebels shouted, “They are shrieking for our freedom!”

The bald eagle possessed qualities particularly attractive to a young nation struggling for independence: a boundless spirit of freedom, strength and a fierce, but elegant visage. The bald eagle has been the central image used in the Great Seal of the United States since 1782 and in the state seal since it was a territory in 1809.

Found only in North America and once on the endangered species list, the bald eagle population is actual growing, especially in northwest Illinois, where winter eagle-watching has become a thriving form of state tourism.

“Challenger’s flight over Wrigley Field today was breathtaking,”Quinn said. “But hundreds of these magnificent birds can be seen in the wild in sites right here in Illinois.”Illinois’‚ eagle population is at 2,500, with aeries in Pere Marquette State Park in Grafton, along the Great River Road near Alton, in Starved Rock State Park near Utica, on Arsenal Island in Rock Island, in Jo Daviess County and other sites across Illinois.

“We’re all indebted to Challenger and the American Eagle Foundation for boosting public awareness of bald eagles and helping remove them for the endangered species list,” Quinn said. “And we’re all grateful for Challenger’s performance today boosting awareness of the new Illinois Military Family Relief Fund.”

The new law establishes a check-off box on next year’s state income tax forms to enable taxpayers to voluntarily donate directly to the Military Family Relief Fund. The problem, Quinn said, is the funds from the check-off won‚t be available until next year, but the need exists now. So, many corporations and civic groups have already donated to the Fund, as have everyday people such as the Gurrie Middle School students in LaGrange whose bake sale raised $1,600 for the Fund.

Quinn has created a toll-free hotline 1-866- 417-8889 to directly assist the families of National Guard members and reservists, and to inform the public of ways to help. Donations may be sent to the Illinois Military Family Relief Fund, P.O. Box 8889, Springfield, IL 62791.