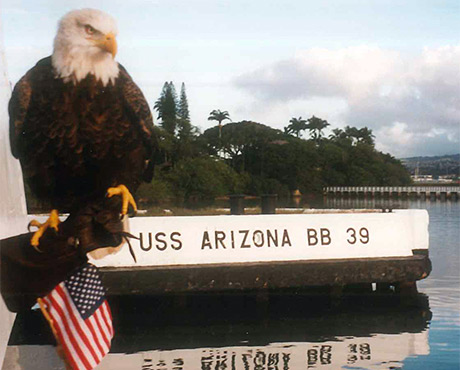 Challenger is the only Bald Eagle to ever make an appearance in the state of Hawaii. Bald Eagles are not native to that state, and the Hawaiian Department of Agriculture has very stringent rules about allowing non-native species into Hawaii. Permissions were obtained through the help of U.S. Congressmen and Senators who wrote to the Governor of Hawaii, Linda Lingle, requesting that Challenger be allowed to fly during the National Anthem in pre-game ceremonies of the 2002 (Feb. 9), 2003 (Feb. 2), and 2004 (Feb. 8) ProBowl games, all of which were held at the Aloha Stadium in Honolulu. 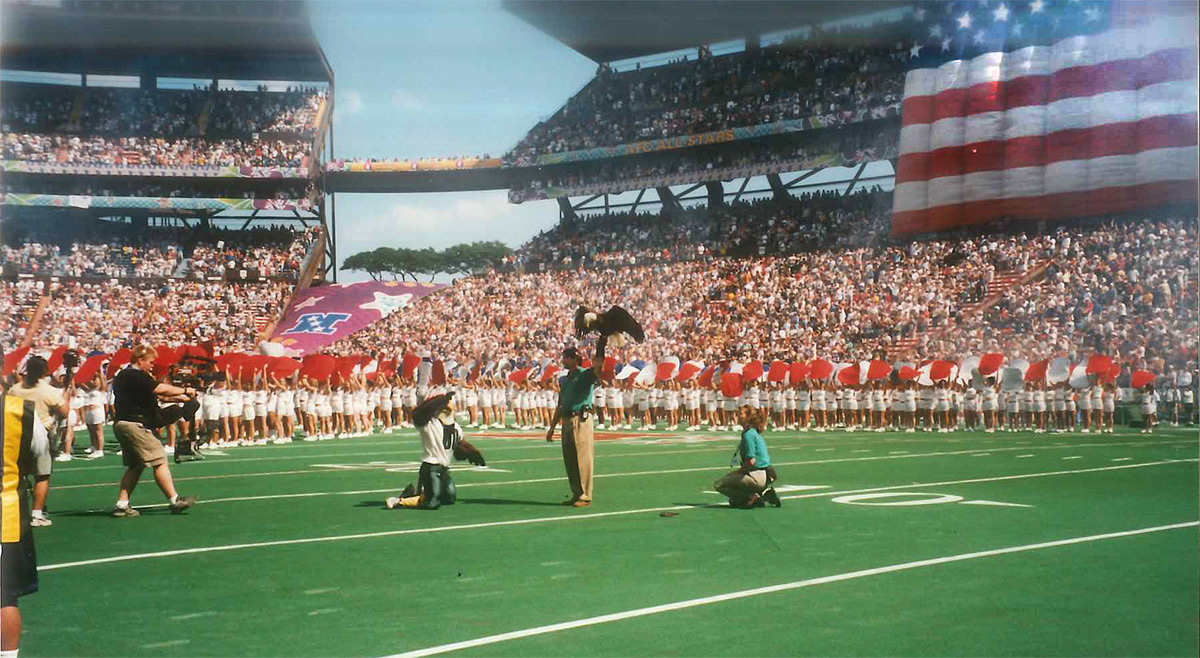 Every year when Challenger flew at these games the Governor would declare Challenger Day in Hawaii.  One year, Challenger visited their State Legislature, and the Legislature signed a proclamation recognizing Challenger. 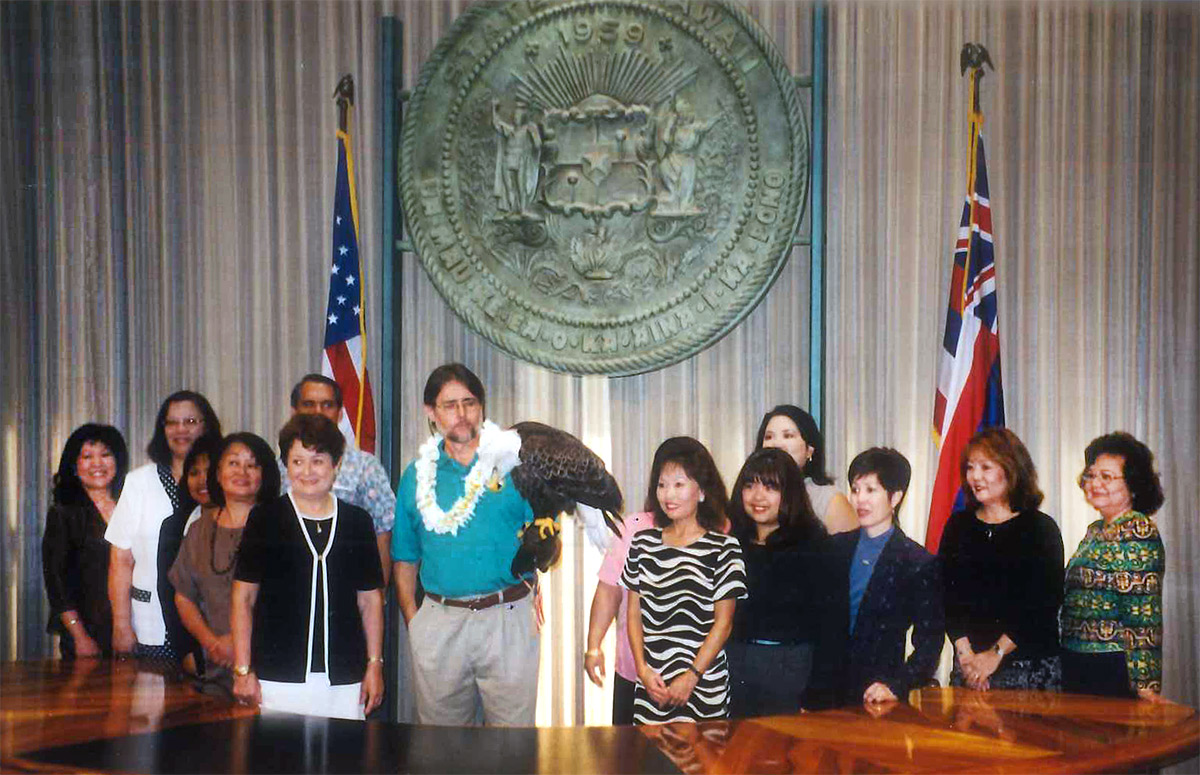 Every year that Challenger flew at the ProBowl in Hawaii, the Governor proclaimed Challenger Day in Hawaii.

In addition to flying at the games, Challenger and AEF staff also visited schools so that children would be able to see their Nation’s symbol. 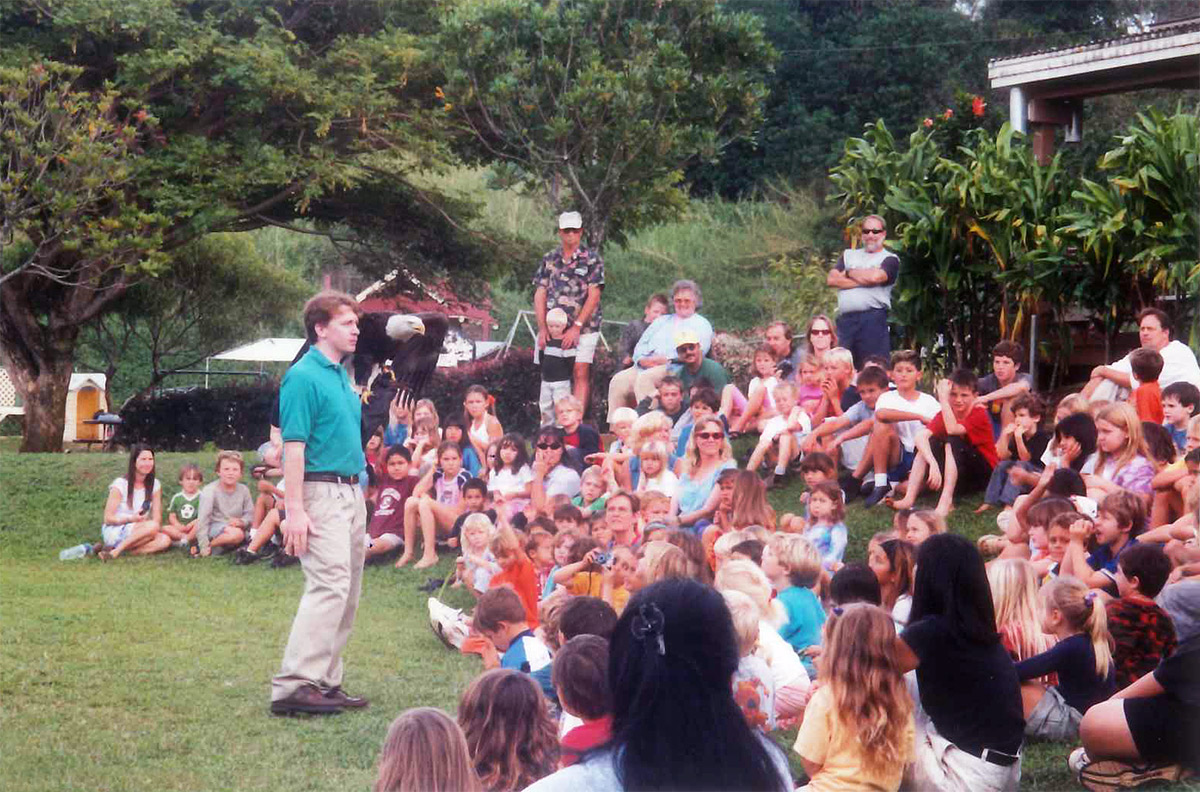 AEF staff member Kevin Buchanan appeared with Bald Eagle Challenger at schools in Hawaii so the children could see our Nation’s Living Symbol.

While in Hawaii, the AEF crew visited the Arizona memorial, commemorating those who lost their lives during the attack on Pearl Harbor. The USS Arizona Memorial is built over the remains of the sunken battleship USS Arizona, the final resting place for many of the 1,177 crewmen killed on December 7, 1941 when their ship was bombed by the Japanese Naval Forces. This loss of life represents over half of the Americans killed during the worst naval disaster in American history. 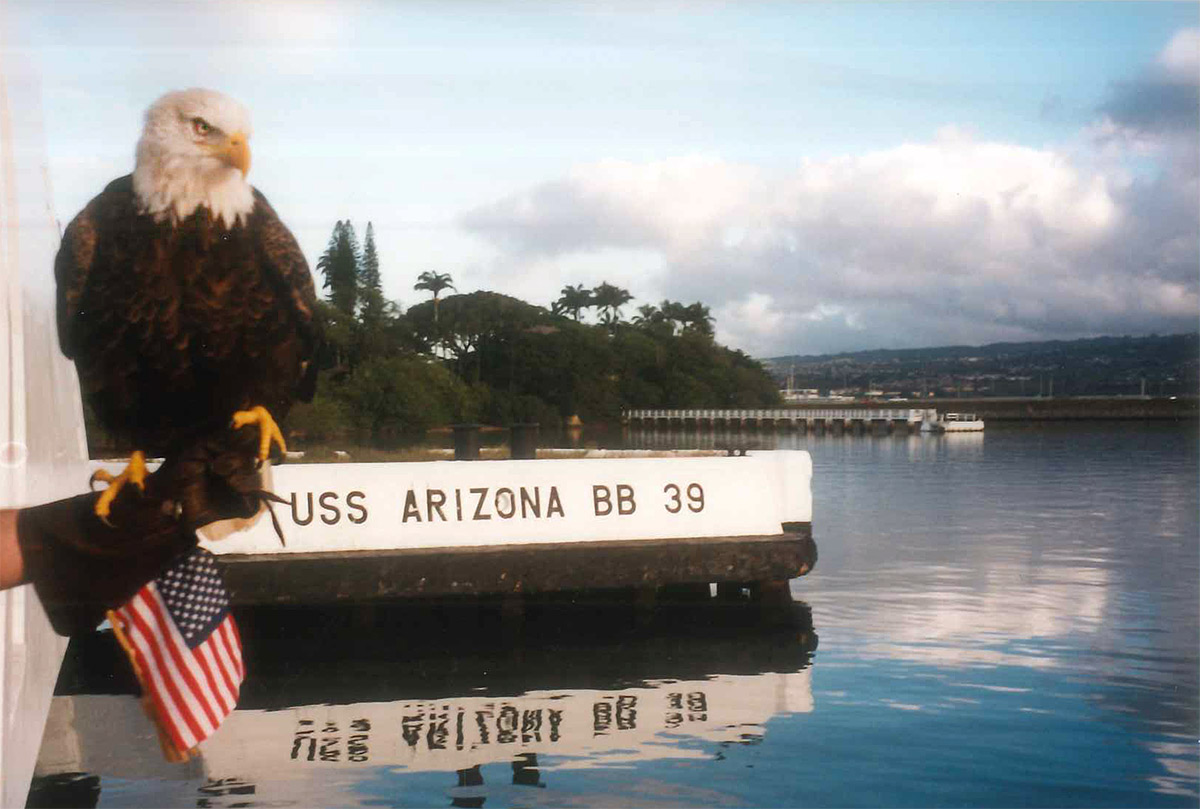 AEF crew and Challenger visited the Arizona memorial while in Hawaii. Built in 1962, two million people visit this memorial annually.