The Celebrators Conference, hosted annually by Phil Waldrep Ministries in Pigeon Forge, TN, was created to encourage people to embrace their faith and to take on leadership roles in their communities.

On October 24th, 2018 Challenger was invited to participate in the the National Anthem Ceremonies. During an a cappella rendition of the Star-Spangled Banner performed by the singing group Veritas, Challenger was presented on Laura Sterbens’ glove. The evening was dedicated to celebrating our Veterans & Active Duty Military. 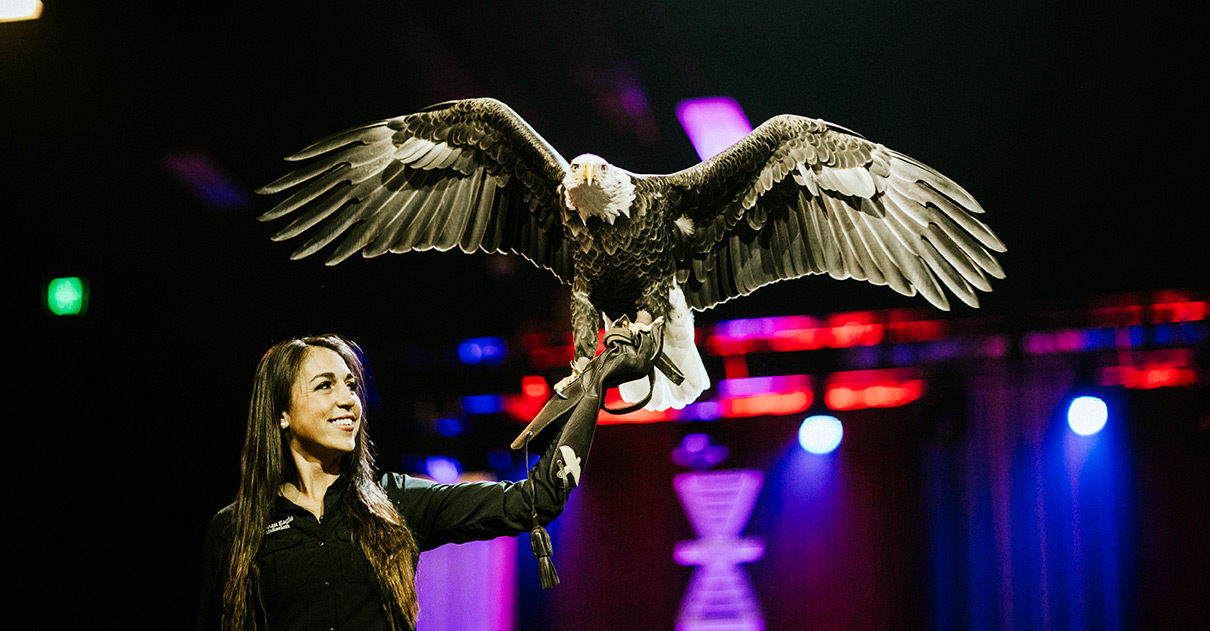 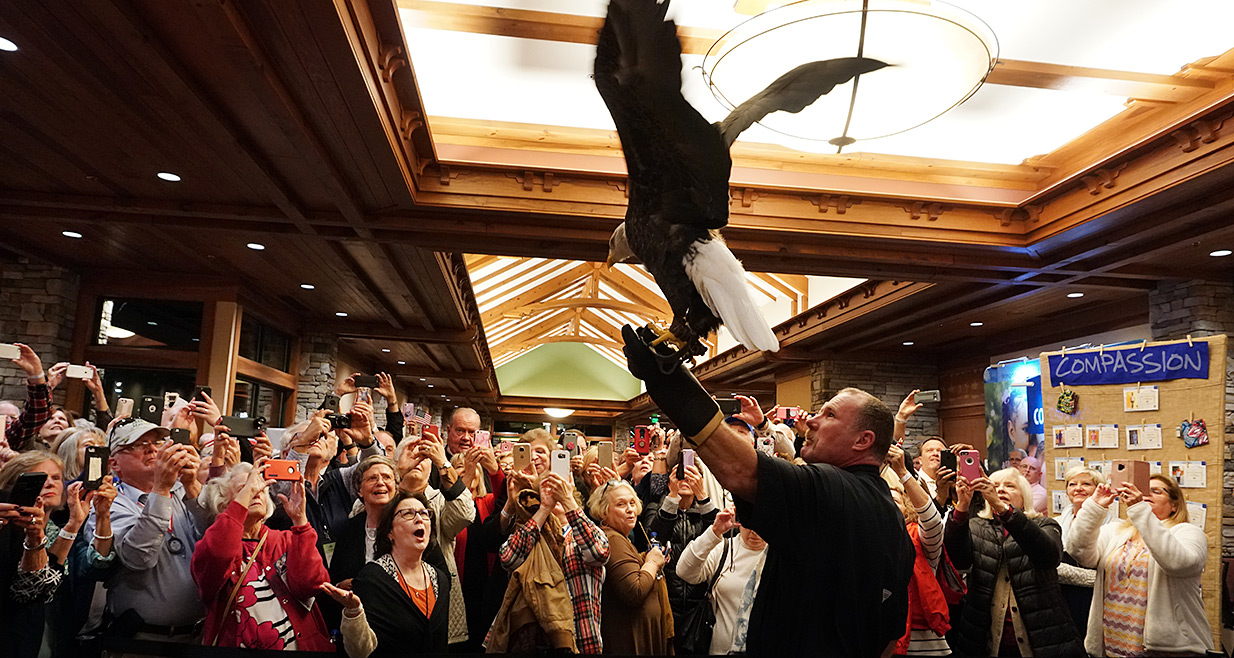 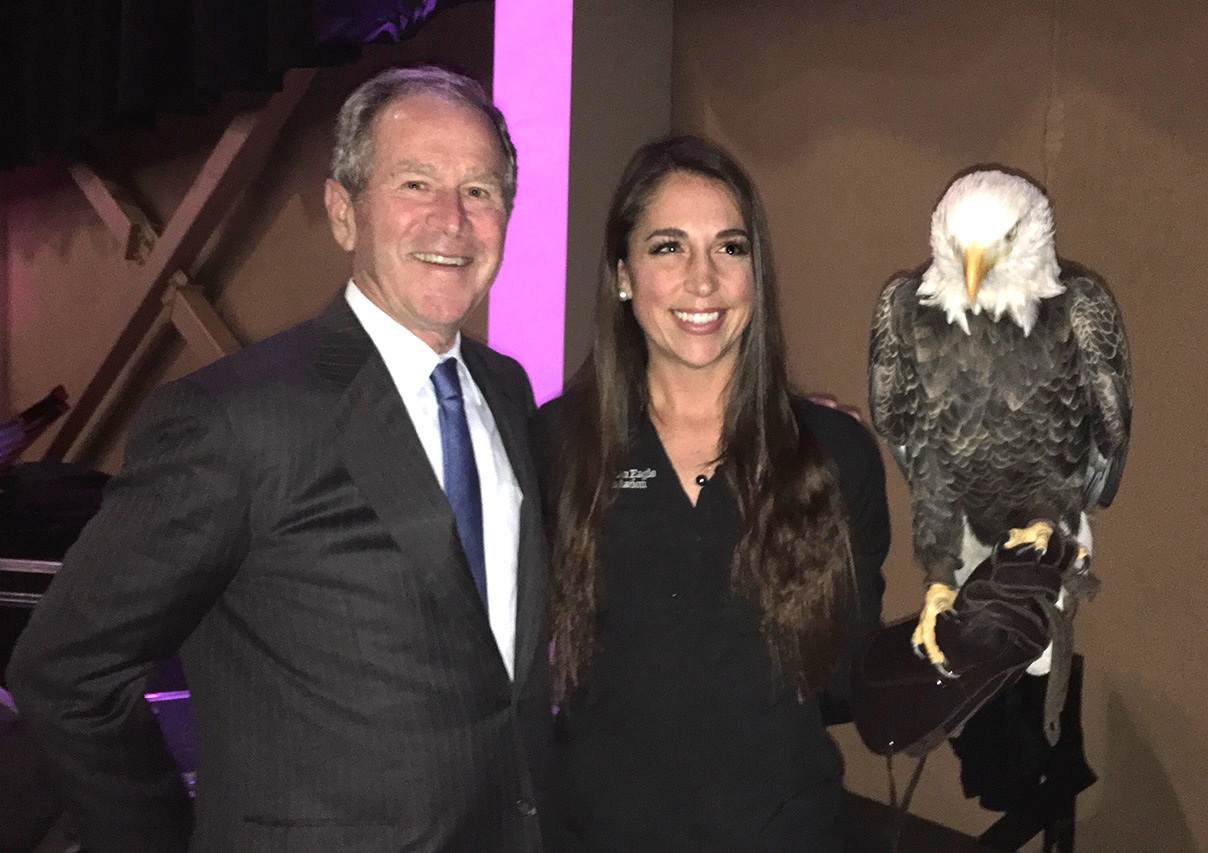 Challenger and George W. Bush first crossed paths in 2001 at the first New York Yankees home game following the historic World Trade Center tragedy — At game 3 of the World Series, George W. threw the first ceremonial pitch and Challenger performed a free-flight demonstration throughout the stadium during The Star Spangled Banner to honor the victims and fallen heroes of 9/11 and help raise the spirits of all affected Americans.