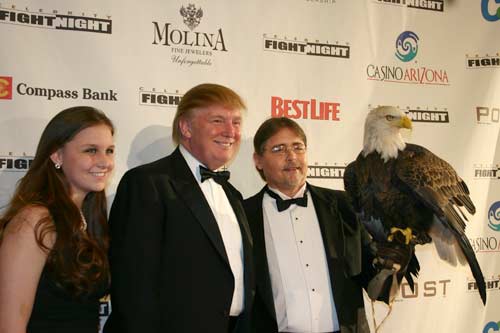 The trained non-releasable eagle ambassador performed an educational free-flight at the annual Parkinson’s fundraising event during the singing of the Star Spangled Banner, which was sung by Pam Tillis.

This was the 3rd year that Challenger and the AEF staff have been invited to participate in the black tie charity fundraiser.
[/av_textblock]