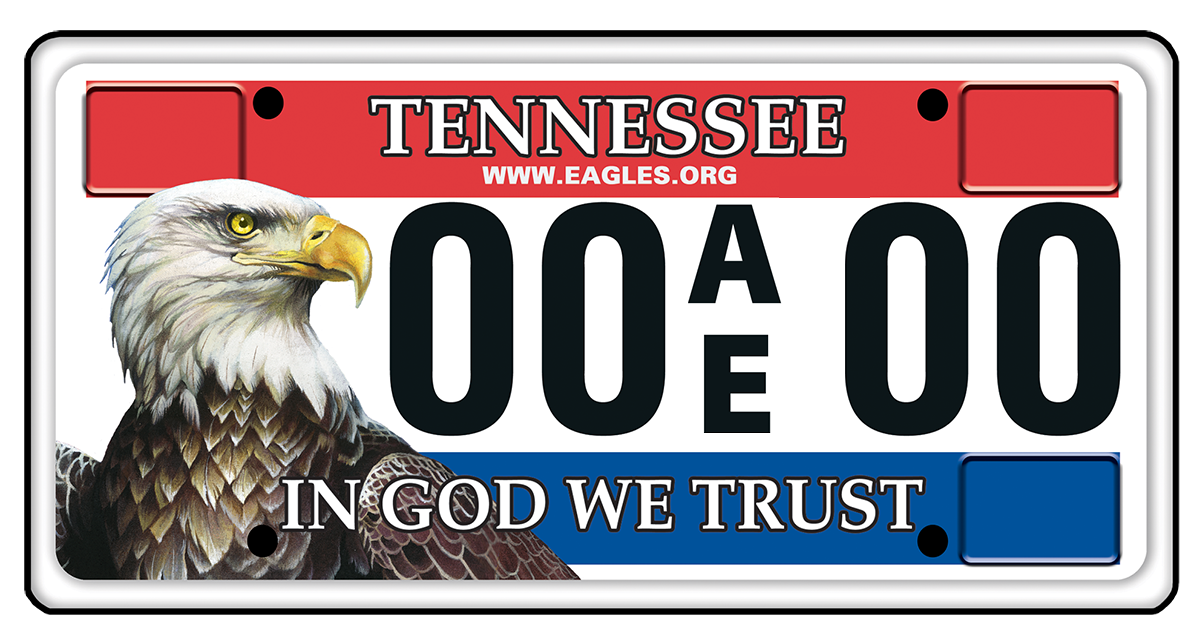 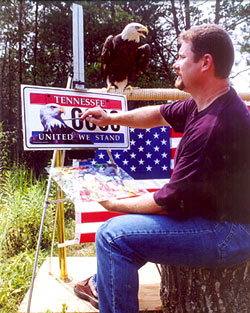 In 2003, the non-profit American Eagle Foundation (AEF), headquartered at Dollywood, announced the approval of Tennessee State legislation (Bill No. 1303) for the development of a vehicle license plate honoring the Bald Eagle, our nation’s Freedom symbol.

A portion of the proceeds from the sale of the new plate has benefitted the AEF since that date!

The special plate features the image of Challenger, Tennessee’s nationally famous Bald Eagle that has flown during the National Anthem at numerous major league baseball and football games, including the World Series and Pro Bowl.  Challenger is the first Bald Eagle in U.S. history trained to free-fly at major sports stadiums and high-profile public events. The 28-year old bird is cared for by the AEF and used for educational purposes.

“We appreciate the State of Tennessee working with us to develop this special license plate,” said Al Cecere, AEF President. “This is just one more way we can promote the cause of protecting the Bald Eagle and continue our efforts to increase its population in the wild.”

Plates are available throughout Tennessee at the County Clerk’s office.

The non-profit American Eagle Foundation is federally licensed to provide care to more than 80 birds of prey daily, including about 37 eagles. These birds are non-releasable due to permanent physical disabilities or accidental imprinting on humans. Many of the non-releasable eagles residing at the Foundation’s facility have successfully reproduced while in captivity. The organization operates the world’s largest Bald Eagle breeding facility and has released dozens of captive-hatched eaglets into the foothills of the Great Smoky Mountains area. They have also been a party to releasing hundreds of other eaglets into the wilds of Tennessee in cooperation with the U.S. Fish & Wildlife Service and Tennessee Wildlife Resources Agency. The AEF  supports numerous public education and eagle recovery and protection projects in various states.