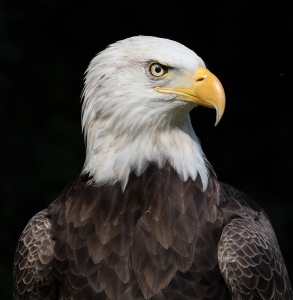 WASHINGTON (AFP) – The American Bald Eagle, the symbol of the United States, which once teetered on the brink of extinction, has rebounded sufficiently to be removed from a list of endangered US animals, officials in Washington announced Thursday.

The population of the majestic birds had tumbled to just a few hundred nesting pairs on the US mainland during the 1960s, but now some 10,000 pairs are flourishing across the country, officials said.

“Today, I’m proud to announce: The eagle has returned,” said US Interior Secretary Dirk Kempthorne at an outdoor ceremony at Washington’s Jefferson Memorial.

“Based on its dramatic recovery, it’s my honor to announce the Department of the Interior’s decision to remove the American Bald Eagle from Endangered species list,” Kempthorne said.

“The recovery is a triumph … the eagle will fly from the endangered species list,” he said, flanked by “Challenger” a domesticated bald eagle who was rescued from the wild.

The Bald Eagle (Haliaeetus leucocephalus) was chosen as the symbol for a young American nation in 1782, because of its impressive bearing and its status a being unique to the North American continent.

The magnificent bird of prey, with a dark brown body, a menacing golden beak and a head and tail of snowy-white feathers, long has been admired for its beauty and remarkable fishing skills.

Adult eagles have a wing span of up to seven feet (two meters). In the wild, Bald Eagles live to between 30 and 35 years. In captivity, they can live up to 50 years.

Bald Eagles were never endangered in Alaska, where an estimated 50,000 birds account for about one out of every two Bald Eagles in North America.

But the birds were listed as an endangered species in 1978 following a dramatic drop in population in the lower 48 US states that began at the turn of the century.

Their numbers nose-dived further after World War II, following the widespread introduction of the pesticide DDT, which made the birds’ egg shells extremely fragile.

Concerns about the Bald Eagle resulted in its protection in 1967 under the law that preceded the current Endangered Species Act. The eagle was one of the original species protected by the act when it went into force in 1973.

After bans on the use of DDT, its status was upgraded from endangered to threatened in August 1995.

Despite its removal from the from the endangered species list, it continues to be protected by other measures, including the Bald Eagle Protection Act and the Migratory Bird Treaty Act.

Officials still have to guard against scalping of eagle parts, which can net hundreds of dollars on the black market.

Still, conservationists who fought hard over the years to protect the bird hailed the eagle’s rebound as nothing short of remarkable.

“Today we are celebrating the Bald Eagle’s graduation from threatened status, after a long and difficult recovery that would not have been possible without the US ban of DDT,” said Michael Bean of Environmental Defense.

“Today is a man-in-the-moon-moment for wildlife,” said Jim Lyon, vice-president of the National Wildlife Federation.

He called it a rare moment of triumph for beleaguered environmental activists who remain besieged by a long list of pressing issues, including climate change and protection of the 1,300 threatened species still on the endangered list.

“With the growing impact of global warming many other species need more help. The work continues,” Lyon said.