Each year, Bill and Tani Austin of the Starkey Foundation, hold a gala at RiverCentre in St. Paul Minnesota to raise money for their hearing foundation. Tables are “purchased” at different prices by individuals, groups, or companies. In addition, both a silent auction and a live auction are held, raising additional funds, which are used by Starkey to fund their mission.

More than 1500 guests attended this Awards Gala, considered to be Minnesota’s largest fundraising event. Held in the ballroom of the RiverCenter in St. Paul, it honors the contributions of generous donors and supporters who helped Starkey Hearing Foundation provide thousands of free hearing aids to children and adults, and who support and contribute to hearing health programs and initiatives nationwide and around the world.

Humanitarians, athletes, and celebrities were present to raise funds to give the gift of hearing. Honorees included Ben Affleck, whose advocacy and support assisted in empowering the people of Eastern Congo as well as Madam Esther Lungu, First Lady of Zambia, who is a driving force of the Starkey Hearing Institute. Several other honorees teamed up with Starkey to provide hearing aids to thousands of people.

The 2017 “So The World May Hear” Starkey Gala set a record attendance, and for the fifth consecutive year, the AEF and Bald Eagle Mr. Lincoln played an important part.

Released from the glove of Laura Sterbens, soaring over the vast convention hall as the group Aria performed You Raise Me Up, and landing perfectly on the glove of Spencer Williams, Mr. Lincoln was majestic—and made all of us so proud! He is a wonderful Ambassador for his species!

The video below was created by AEF IT & Media Coordinator, Connor O’Brien.

Memories From the Gala

Mr. Lincoln Prepares for the Event

Like all professional performers, Mr. Lincoln diligently practices before a big event.  The Fee Hendrick’s Smoky Mountain Opry has been a great supporter of the American Eagle Foundation, partnering with the AEF on several occasions. Each summer, their theater is opened up just so Mr. Lincoln can practice his flying skills inside a big enclosed space, such as a convention center or performance hall.  In addition, Mr. Lincoln often appears before a live crowd during matinees at the theater. The AEF appreciates the generosity and support from the Fee Hendrick family. As a result, Mr. Lincoln was fully prepared for the trip to RiverCentre. 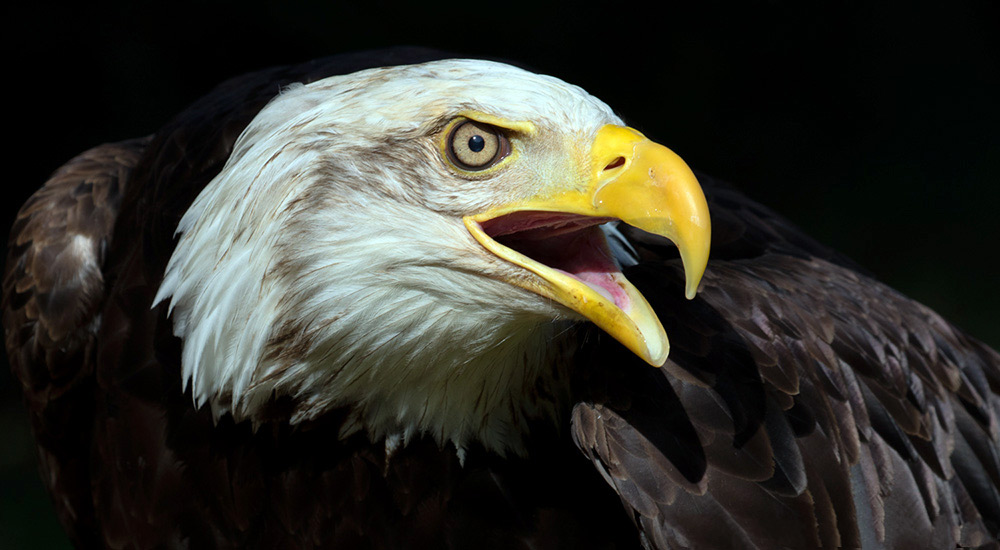 Mr. Lincoln was hatched at the American Eagle Foundation’s Eagle Mountain Sanctuary. He was raised by his parents, a non-releasable breeding pair named Liberty and Justicw until eight weeks of age, and was then taken along with his siblings to the AEF’s hacking tower on Douglas Lake.

After Mr. Lincoln was released, he flew 550 miles during his first two weeks in the wild! Shortly after, he was seen stealing fried chicken off a boat dock in Indiana. He then lived off bacon for a while in Michigan—compliments of the family who owned the backyard that Lincoln frequented. Because Lincoln never learned to hunt, only scavenge, he became very hungry and weak.

In September 1998, he was captured, fed to a healthy weight, and returned to his hometown in Tennessee. He was put into a large enclosure with a live rabbit to see if he was capable of capturing his own food,unfortunately this was not the case. Because Mr. Lincoln proved incapable of being able to hunt, U.S. Fish and Wildlife deemed him non-releasable and the AEF became his permanent home.

Since then, Mr. Lincoln has been seen by thousands of people during education programs and has been trained to fly in ballrooms and outdoor events during the National Anthem!