For the 5th consecutive year, Charity Navigator has awarded the American Eagle Foundation a 4-star rating. This is their highest possible rating and indicates that AEF adheres to sector best practices and executes its mission in a financially efficient way. 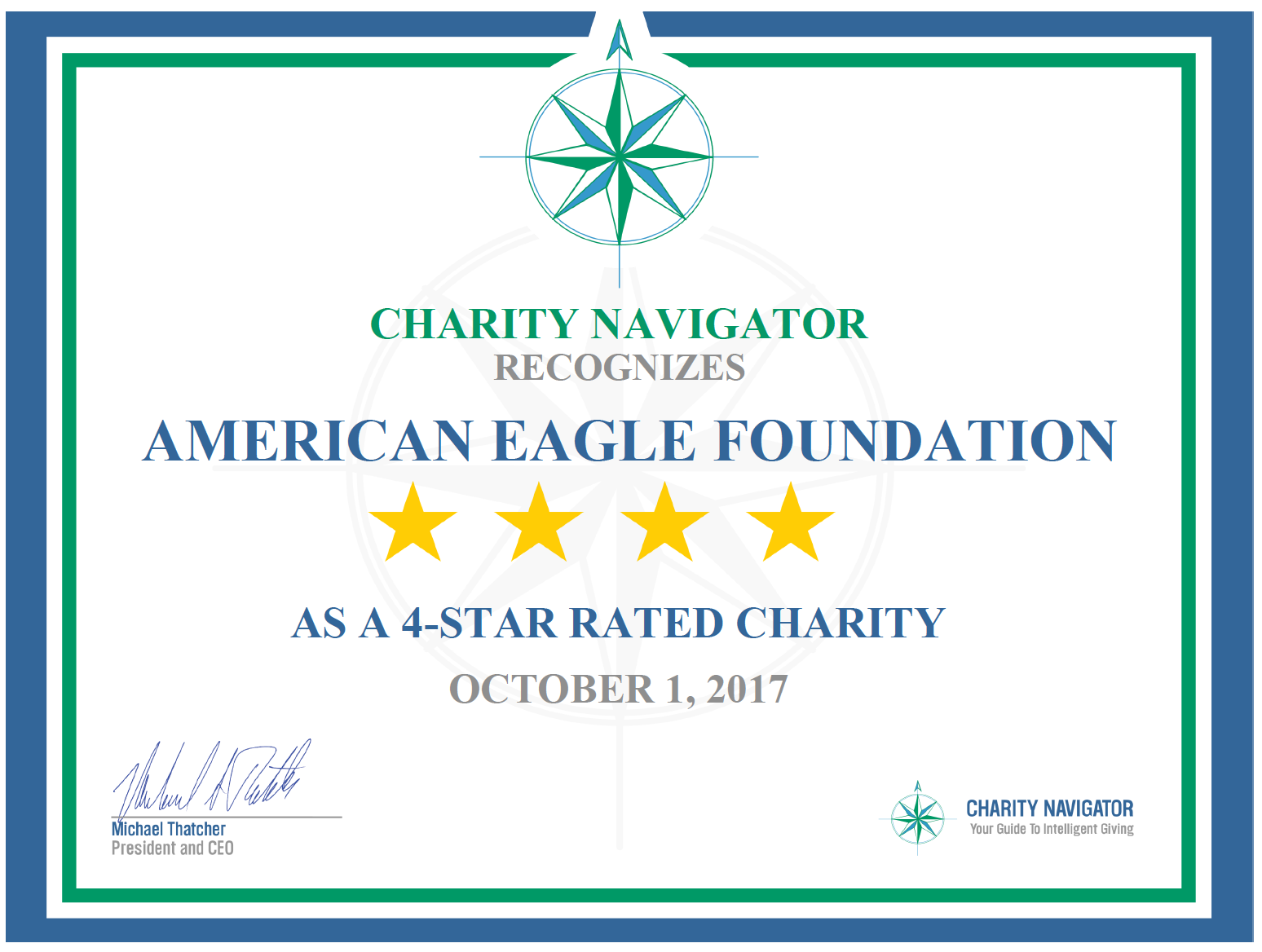 Letter from Charity Navigator to the AEF

On behalf of Charity Navigator, I wish to congratulate American Eagle Foundation on attaining the coveted 4-star rating for demonstrating strong financial health and commitment to accountability and transparency.

The nonprofit sector is advancing and expanding. As our organizations evolve, so do the desires and interests of our supporters. Astute donors are yearning for greater accountability, transparency, and for concrete results from us. With more than 1.5 million American charities, Charity Navigator aims to accentuate the work of efficient and transparent organizations. The intent of our work is to provide donors with essential information to give them greater confidence in both the charitable decisions that they make and the nonprofit sector.

Forbes, Business Week, and Kiplinger’s Financial Magazine, among others, have profiled and celebrated our unique method of applying data-driven analysis to the charitable sector. We evaluate ten times more charities than our nearest competitor and currently attract more visitors to our website than all other charity rating groups combined, thus making us the leading charity evaluator in America. Our data shows that users of our site donated more than they planned to before viewing our findings, and in fact, it is estimated that last year Charity Navigator influenced approximately $10 billion in charitable gifts.

Your achievement and the 4-star rating will enhance your organization’s fundraising and public relations efforts. Our favorable review of American Eagle Foundation’s financial health and commitment to accountability & transparency is now visible on our website.

We wish you continued success in your charitable endeavors.