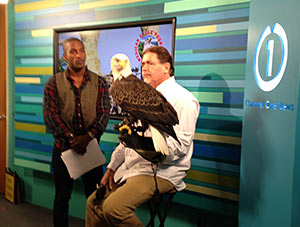 While in New York City on November 12, 2013, the Bald Eagle Challenger and Al Cecere filmed a ChannelOne News segment titled “Pop Quiz: The Bald Eagle.” This episode was broadcast to 7,000 schools nationwide on December 17, 2013.

For over 23 years, ChannelOne has been bringing the latest news from around the world to nearly 5 million young people.

They have won many awards, including 2 George Foster Peabody awards for excellence in journalism.